West Harlem’s local food landscape is rapidly changing: upscale restaurants are replacing local restaurants, brick-and-mortar chains are moving in, and the cultural tastes of the community are evolving. Columbia University may play a role in the modification of the community’s tastes and preferences—a process known as food gentrification.

Food gentrification is the replacement of small, culturally-specific food establishments by pricier ones. Changes to the neighborhood’s food business environment can be the product of the community’s changing culinary preferences, driven by the palettes of wealthier residents moving into lower-income neighborhoods.

“Food stores can make more money by targeting the new population that moved in,” says Freudenberg. “Even though there are many poor people, they don’t spend as much and don’t offer enough opportunities for-profit, changing the availability of quality and affordable food.”

Historically a neighborhood predominantly populated by Black and Brown communities, West Harlem was once a hub for restaurants that served Southern food and soul food. But now, West Harlem is home to wealthier White people; attracting a wider range of cuisines that have overshadowed Harlem’s traditional restaurants.

Additionally, Columbia’s developments continue to alter West Harlem’s food businesses. The McDonald’s on the corner of Broadway and 125th Street—once a community hub for West Harlem’s local residents—closed shop because of CU’s Manhattanville expansion. CU is also constructing a public food hall inside the Jerome L. Greene Science Center that will open during the summer of 2020.

“Food markets that need to meet market-needs generally have a price and quality point that makes it tough to sell healthy, affordable food,” Freudenberg tells Food Tank. “What I would worry about is that the food hall will sell a lot of junk food, or that the healthy food is beyond the means of the folks living in West Harlem who are most in need of healthier, more affordable food.”

Ultimately, what underlies the cultural, economic, and health impacts of West Harlem’s food gentrification isn’t so much Columbia itself. Rather, it’s the lack of government accountability and political willpower to make nutritious, high-quality food accessible to all, says Freudenberg. It is this vestige of federal interest that relegates food access responsibilities to CU, developers, and other wealthy and powerful organizations.

“We say that access to public education is a right… that healthcare is a right. But with food, there is no such right. And so no state agency, nor the U.S. Department of Agriculture, asks themselves ‘what can we do in the country and community so everybody has access to food?’”

Government action can offer solutions to ensure that everybody, regardless of race and class, has access to nutritious food, says Freudenberg. While federal government programs such as SNAP are available for food-insecure individuals, Freudenberg imagines the possibility of the decommodification of food—something like a publicly-owned food market. On a city level, Freudenberg believes that commercial rent control is necessary so that landlords are unable to raise the rents of food properties.

Nonetheless, community-based organizations are working to address food access issues on their own terms. Anti-gentrification grassroots organizing is occurring across the city, and in food, these efforts take the shape of student-led campaigns to minimize community food waste and street fairs that inform the community of its tenants’ rights. Food pantries like the Community Kitchen of West Harlem and initiatives like GrowNYC’s Fresh Food Box Program are additional options for Harlem’s low-income residents. Harlem is also home to youth-focused urban farming programs like Harlem Grown that aim to promote healthy diets and sustainable agriculture in the community.

Access to adequate food has yet to become a United States constitutional right. “It doesn’t have to be this way,” says Freudenberg. 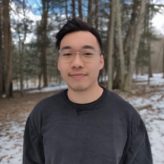 The Amazon Is Approaching its “Tipping Point,” Scientists Say