COVID-19, climate change, economic recovery and advancing racial equity are some of the biggest issues President Biden and Vice President Harris plan to tackle in their first 100 days, and one dangerously overlooked cause of suffering intersects with them all: the factory farming and slaughter of nearly 10 billion pigs, chickens and cows each year in the United States. Industrial animal agriculture is not just immensely cruel to animals, it also exacerbates and perpetuates climate change, racial injustice and the decline of rural communities and economies. The fates of farm animals and humans are inextricably tied.

Opposition to animal cruelty is a widely held value, but factory farming has not always been viewed through this lens. That is changing, as investigations over the years have revealed pregnant pigs languishing in agony in gestation crates so small that they cannot turn around, and hellish images of endless rows of cages crammed with egg-laying hens. Animals on factory farms are treated as production units instead of the sentient creatures they are, and this suffering ripples outward into our society. Now, with the pandemic pushing our food system to its breaking point, even more evidence has emerged that factory farming is an ethical disaster. According to a recent poll commissioned by the ASPCA six months into the COVID-19 crisis, 89 percent of people are troubled by the impacts of industrial animal agriculture, citing animal welfare, worker safety or public health risks as areas of concern.

Bringing COVID-19 under control and preventing future pandemics will require urgent action to address the unsafe and inhumane way that billions of farm animals are raised and slaughtered. Though the COVID-19 virus likely emerged from abusive conditions at a live animal market outside of the United States, factory farms are also a significant homegrown threat for future pandemics. Hallmarks of factory farming—crowding thousands of extremely stressed animals together in constant contact with their own waste and pumping them full of antibiotics to keep them alive—make these facilities hotspots for future public health crises. Antibiotic-resistant bacterial pathogens and highly contagious zoonotic diseases have already emerged from industrial animal agriculture, outpacing our ability to create new antibiotics or control disease spread.  Given these inhumane and unsanitary conditions, it is highly likely that a factory farm-bred disease will, at some point, become the source of another global health crisis.

Conditions on factory farms aren’t the only public health risk factors in this system—industrial slaughter facilities have placed profit over worker and animal safety during the COVID-19 pandemic. After neglecting to provide adequate PPE or allow social distancing, more than 52,300 slaughter plant workers have tested positive for coronavirus since April, and at least 266 have died from the virus. Alarmingly fast slaughter line speeds are one reason workers cannot maintain distance between themselves. These extreme line speeds—as fast as three birds slaughtered every second—also make it more difficult for plants to abide by humane handling regulations and laws, putting animals at serious risk of abusive handling and acute suffering, including conscious dismemberment.

As the Biden-Harris administration works to combat the climate crisis, animal agriculture should be at the top of the list of industries to regulate. Industrial animal agriculture generates more greenhouse gases than all the world’s combined emissions from the transportation sector. Manure and harmful pollutants from factory farms contaminate the water, land and air in neighboring communities, compromising human health and environmental integrity. Factory farms also consume massive quantities of water and fossil fuels, requiring vast amounts of energy to cool, heat and ventilate the facilities where animals are housed. Chickens, pigs and cows are typically fed monocrops such as corn that are dependent on large amounts of chemical fertilizer and fossil fuels to harvest. Animal agriculture is also the leading cause of deforestation—both for clearing land for feed crops and for grazing—which releases billions of tons of carbon dioxide into the atmosphere. These impacts are entirely unsustainable, so reform is inevitable – it’s just a question of how much more damage occurs before the industry is forced to change its ways.

Much of this destruction is happening because mega-corporations have taken over agriculture, leading to the decline of smaller, more responsible farmers and food businesses across the country. Factory farms place an enormous economic toll on rural communities, often causing property values to plummet due to noxious smells and contaminated drinking water. While industrial facilities have taken over the agricultural landscape across much of rural America, Black, brown and Indigenous communities are burdened with a disproportionate number of factory farms and industrial slaughter operations. Furthermore, the overwhelming majority of workers who are contracting COVID-19 in slaughter facilities are people of color. Corporations often choose to locate in these communities because they believe residents won’t have the political or economic leverage to present challenges. An analysis by the Environmental Working Group and Waterkeeper Alliance recently showed that North Carolina’s 6,500 factory farms excessively impact communities of color. These factory farms pollute the air and water with disease-causing bacteria that can ravage the health of neighboring residents.

To rebuild the economy, combat COVID-19 and climate change, and address racial inequity, President Biden must prioritize a transition to a more humane, resilient and decentralized food system and end government subsidies for factory farms. Americans are waking up to the horrific realities of factory farming, and support for these necessary reforms is already strong. Sixty-one percent of Americans  approve of directing government funds toward more humane and sustainable farmers, with even more enthusiasm (72 percent) among young people under 30. A remarkably high number—47 percent—of all Americans support an immediate and total ban on factory farms. Reforming our food system is no easy feat, but the Biden-Harris administration can take a critical first step by lending their support to the Farm System Reform Act (FSRA). Championed by Sen. Cory Booker (D-NJ) and Rep. Ro Khanna (D-CA), the FSRA would phase out large factory farms while funding farmers’ transition to more humane, sustainable and healthier farming methods.

The changes we so desperately need will not be made without collective action. Contact your representatives in Washington D.C. and advocate for the Farm System Reform Act. Harness the power you possess as consumers by choosing plant-based options or welfare-certified meat, eggs and dairy to improve the lives of billions of chickens, pigs and cows and weaken the stranglehold industrial agriculture has on the marketplace. Together we can end factory farming. 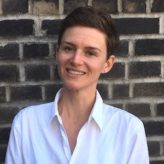 Daisy Freund is vice president of farm animal welfare at the ASPCA, overseeing the organization’s efforts to improve the lives of farm animals and build a more compassionate food system through public education, corporate engagement and public policy reform.

A Community Fights for Power in “A Reckoning in Boston”