Laura and Corey Peet named their company Postelsia after their favorite seaweed. Postelsia grows only along the West Coast of North America, where the wave action is most intense. The pair believe the seaweed’s ability to thrive in harsh conditions is an apt metaphor for sustainable food systems as they reconcile the realities of the market with the ecological constraints of a healthy planet.

With backgrounds in ocean-focused, international environmental policy and marine science respectively, Laura and Corey Peet initially founded Postelsia in 2009 to consult on aquaculture improvement projects in Southeast Asia. Years of traveling, living, and consulting in Malaysia, Vietnam and Thailand revealed that traditional certifications and standards insufficiently engaged, protected, and distinguished small seafood producers. Postelsia exists to create solutions to these challenges on both ends of the supply chain.

For the last seven years, Postelsia has worked with the Asian Seafood Improvement Collaborative (ASIC) to engage stakeholders throughout Southeast Asia in solving social, environmental, and traceability challenges that face producers. ASIC is an improvement program that allows recognition for producers based on international requirements of sustainability and helps to connect innovative producers to more valuable markets. In this context, with thousands of small-scale farmers, Corey tells Food Tank, “It’s not actually a supply chain, it’s a supply web. And that’s the problem: how do you really bring transparency and illumination of that web?”

Where this web remains opaque, there remain opportunities for fraud and violations of workers’ rights. So Postelsia focuses on evaluating more than just environmental impact. Laura tells Food Tank that working with the ASIC, “brought us down the road of focusing on how to incorporate social sustainability into standard setting work.” ASIC and Postelsia are engaging stakeholders to develop the ASIC Social and Gender Standard which focuses on preventing forced or child labor, ensuring gender equality and non-discrimination, and promoting workplace safety and respect.

Postelsia seeks to identify where producers fall on a spectrum of transparency and sustainable practices, and then build specific, place-based solutions that improve practices beyond mere compliance. Corey tells Food Tank, “The problem that we think exists in the sustainable seafood movement is that it’s very difficult for innovative producers to be recognized. The certification standards, while great tools, are really more about recognizing that you’re not bad, not that you’re the best, or you’re really good.” By implementing a more nuanced, tiered standard of evaluation, Postelsia hopes to recognize producers whose environmental and social practices distinguish them from the field and focus producers on continuous improvement.

Having standards in place at both ends of the food chain allows chefs and buyers to purchase from operations that are actively improving their practices. Corey says, “When you have those relationships in the supply chain, it does lead to better results versus just this cold arm of certification that often gets imposed on producers.” Postelsia believes that by engaging stakeholders on the producer side in the development of standards, producers will be more likely to enthusiastically adopt the standards and have the nuances of their story, product and operation appropriately valued in the market.

Using the Seafood Watch program’s rating system of green (best choice), yellow (good alternative), and red (avoid), the Smart Catch program recognizes chefs and restaurants serving sustainable seafood. The program encourages continuous improvement by providing a nuanced standard that recognizes superior performance. In addition to green, red, and yellow, a new gray designation will signify that a producer is improving. Buying from improvement projects, Laura tells Food Tank, “Is just another way to allow those chefs to be levers of change.” Previously the program established chefs and restaurants who were “Committed” and those who were “Leaders”. Moving forward, Postelsia plans to implement a multi-tiered structure to allow them to recognize chefs and restaurants that go beyond participation and compliance to become leaders and ambassadors in the industry.

In 2020, Postelsia became a part of Where Food Comes From, a global third-party certification and verification service based in Colorado. With Where Food Comes From providing core verification expertise, Postelsia continues to focus on place-based solutions and new models of assurance and verification. In addition to their work with ASIC and the Smart Catch restaurant sustainability program, Postelsia has launched their FishCARE Standard for land-based aquaculture farmers that will focus on animal care, environmental stewardship, and people and community. Postelsia is also working with producers in Japan on place-based solutions there to improve the seafood industry and to recognize exceptional producers with their tiered standard.

Corey tells Food Tank, “We see a ton of value in the nuance that exists and is yet to be celebrated.” 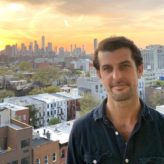 Do Good Foods Works For the Plate and the Planet