Misleading Marketing Is an Important Issue Worth Discussing

I appreciate the opportunity to provide a counterpoint to Danielle Nierenberg’s recent commentary, Dear FDA: Stop Worrying About Milk vs. “Milk” And Focus on Actual Food Issues.

When some of the big dairy interests started complaining about plant-based beverages being described as “milk,” my take on it was similar to Ms. Nierenberg’s—that their bellyaching was parochial and designed to protect their market turf. But since then, as I’ve drilled down on the products themselves, I’ve come to a different conclusion: These products are nutritionally inferior and some of them might be downright dangerous to human health—and the marketing of these products is intentionally misleading. By labeling them “milk,” some parents and other shoppers are going to come to the mistaken conclusion that they are equivalent.

Here are my concerns:

1. The attrition of dairy farmers. When I started doing political work on behalf of farmers in the mid-1980s, there were 45,000 family dairy businesses in Wisconsin alone. Today there are about 6000 and there aren’t even 45,000 in the entire United States. I wish organic was the antidote. We have more organic farmers in Wisconsin than any other state. But here’s an example of what’s really happening (and I wish I was making this up): There are just eight organic dairies in the state of Texas. Eight. And they produce multiple times more milk than the 450 family farmers here in Wisconsin combined. Eight CAFOs. And make no mistake about it, these milk alternatives are much more of a market threat to organic dairy farmers and processors than to conventional.

2. One of the reasons people have quit drinking fluid milk, other than maybe on their breakfast cereal, is that much of it tastes awful. As the medical profession became fat phobic—pushing people to margarine and lowfat and skim milk (something that looks like dirty dishwater and doesn’t taste much better)—consumption, not surprisingly, fell off. The mostly sweetened and flavored plant-based beverages are a lot more palatable in comparison. But they are nutritionally inferior. Whole milk from cows that graze tastes good and has a vastly superior nutritional profile.

3. Most of the options, with the exception of soy (which has its own problems), contain demonstrably lower levels of protein (or none at all). And much of the rest of the nutrition comes from fortification with synthetic compounds that are likely not as bioavailable (little testing in that regard has been done).

5. Most plant-based beverages are sold flavored and sweetened. Some of these products are sweeter than soda pop. The New York Times wrote, in 2021, that there were varieties of these beverages that had 2.5 times more added sugars than glazed doughnuts at Krispy Kreme.

6. Added ancillary ingredients. There are materials to make the drinks white and “milk-like.” There are materials to give them better “mouth feel” and keep the numerous ingredients in suspension (like carrageenan, which NIH funded research indicates is a carcinogen). And that’s not to mention the myriad of sweeteners and, in conventional products, hexane-extracted seed oils (further skewing the balance in the American diet to omega six fatty acids)

7. Regarding soy milk, there are serious outstanding questions regarding the impacts of phytoestrogens on developing children. Although pediatricians in the US are quick to recommend soy-based infant formula when babies are having gastrointestinal problems, soy formula is only available in Europe with a physician’s prescription.

8. The majority of plant-based beverages are conventional, not organic, and contain agrochemical residues. This is a particular concern with oat “milk” because of the use of herbicides, such as Glyphosate, as a desiccant prior to harvest. Caution is also called for with rice milk, related to arsenic contamination and the high consumption of rice-based products, in aggregate, by babies and children.

9. In terms of the beverages produced from seeds and grains (or added oils as an ingredient in many product formulations), consumption of these products will also further skew the American diet which is already out of balance in terms of omega six to omega three fatty acid consumption.

10. Consumers are paying a premium over the price of conventional milk for these mostly “natural” (conventional) products. Organic almond “milk” costs out at $20-25 per gallon equivalent! That makes organic, grass-fed milk look like a bargain.

11. According to the Cambridge University Press 90 percent of households that purchase plant-based beverages also enjoy dairy. The real driver is often the perceived health benefit, not lactose intolerance or committed vegan diets.

People who are lactose intolerant will want to find the safest and most nutritional alternatives to incorporate into their cooking and food consumption. But generally, what is on the market are highly processed, engineered products that pale in comparison to eating the whole foods they are based on in terms of nutrition, fiber, and other attributes. Alternatively, “milks” with organic ingredients can be made at home.

OrganicEye is passionately “neutral” on personal dietary choices (vegan, vegetarian, raw, omnivore, etc.). We believe people’s preferences, be they based on health priorities, religion, or philosophy, should be respected. Eaters should have access to accurate, objective information on which to base their decisions, as well as to the very safest and nutritionally-dense food options.

Most “plant-based foods” are highly processed, most are conventional and contain agrochemical residues, and many are nutritionally dubious. Eating vegetarian food, especially local organic produce, if properly balanced, can be a wonderful alternative to eating animal products at every meal. But the formulated commercial versions are expensive and, in many cases, potentially deleterious to human health. 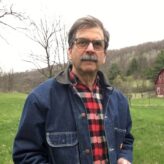