Some personal background might be useful as I write this blog for the Food Tank website, apart from my membership. I grew up on a farm in Miami County, Ohio (just north of Dayton), worked in a small family-run tomato canning factory for over a decade, and then left to become an economist. I obtained a PhD from Harvard, specializing in economic history, but did my thesis on a more esoteric topic (estimating a probabilistic frontier production function for US agriculture). Through good luck and perhaps a sensitivity to food issues, I ended up as a development economist specializing in agricultural, food and nutrition issues, mostly in Southeast and East Asia. Apart from the academic part of my career spent at Stanford, Cornell, three faculties at Harvard and the University of California, San Diego, I was deeply engaged with national policy makers in Indonesia, China, and Vietnam.

I have two main specialties: (1) avoiding food crises by stabilizing rice prices, both in individual countries and in global markets, and (2) managing the structural transformation, reflecting my early experience in Asia with the changing role of rice in domestic economies at different stages of development. During the historical process of structural transformation, agriculture as an economic sector plays a progressively smaller role in the macro economy, at the same time that it becomes more productive at the farm level. Both topics present controversial policy issues to the economics profession.

To do this work, it is necessary to understand the “food systems” in which each society operates. In his February 20, 2022, New York Times Book Review of Eating to Extinction: The World’s Rarest Foods and Why We Need to Save Them by Dan Saladino, Pete Wells, the New York Times restaurant critic, provided a very unflattering definition of “the food system.”

“What we really mean is profit-minded corporate logic set free on a global scale at an incalculable cost to health, economic stability, cultural coherence and joy.”

This definition no doubt resonates with many readers of this blog, but it also resonates with someone who has tried over the past several decades to make various food systems perform better for the poor. However, the definition misses the essential trade-offs in those efforts, trade-offs that reflect the overwhelming complexity of food systems globally and locally. In the middle of a world food crisis, it is impossible to know how to intervene successfully to stop it without a clear understanding of these complexities and trade-offs.

Even with this background, it seems foolhardy to write about the prospects for world food security in these highly uncertain times. In over half a century of observing closely the world food economy, the future has never seemed less clear. I watched the impact of back-to-back monsoon failures in India in 1965 and 1966, while I was a graduate student at Harvard. I helped the Indonesian government navigate the world food crisis from 1972 to 1974, when Thailand literally shut down the world rice market by banning rice exports. I helped prevent a rice crisis in 1996 by showing the need for outside rice supplies for Indonesia after its Food Logistics Agency (BULOG) failed to keep track of rice stocks in a rush to get rid of earlier rice surpluses. In 2008, my colleague Tom Slayton and I helped persuade the U.S. government to persuade a reluctant Japanese government to sell its unwanted, imported “WTO rice stocks” of high-quality U.S. and Thai long-grain rice to the Philippines, which was desperately seeking rice imports (“at any price.”) In the midst of what was obviously speculative panic in national and global markets, the announcement by the Japanese Prime Minister in June, 2008, that his government would start negotiations with the Philippines to export this rice caused the bubble to burst. Within a month, rice prices returned to normal levels as farmers, traders, shopkeepers and international rice brokers realized they were sitting on very expensive rice hoards that had suddenly lost half their value. Not a ton of the Japanese-owned rice was ever exported, and world rice prices have remained relatively stable ever since. The lesson was learned among Association of Southeast Asian Nations (ASEAN) leaders—don’t panic, and build up rice reserves.

In 2020, the COVID-19 pandemic disrupted global food supply chains along with most other economic activities. Food prices rose steadily, but food shortages were localized and tended to occur in regions facing civil conflict. The Russian invasion of Ukraine on February 24, 2022, quickly changed these localized, but mostly manageable food shortages, into the likelihood of global food shortages. Energy and fertilizer markets were also caught up in the war, and since February the world food community has been on razor’s edge trying to stay abreast of rapidly changing circumstances, in the war on the ground and in commodity markets around the world.

As this is written in early August, 2022, what are the prospects for world food security? There are several reasons for hope.

—Indonesia is the chair of the G20 Summit Meeting in Bali, in November, 2022. After initially saying that the impact of the war in Ukraine on food security was not part of the agreed agenda for the Summit Meeting, the Indonesian Government quickly realized that global leadership was needed to prevent countries and markets from panicking (a lesson from 2008), and is now very actively leading efforts to make food security the leading item for G20 discussion and commitments;

—An agreement negotiated by Turkey and the U.N. between Ukraine and Russia to re-open Black Sea ports to export wheat and other agricultural commodities offers considerable hope that some supplies will make their way to world markets by the end of the year. Russia’s missile attacks on Odessa port facilities after agreeing to the trade opening have raised the risks substantially of conducting these export operations, and great uncertainty remains on the eventual scope of agricultural exports from Black Sea ports;

—Crop production prospects are now better than seemed likely even two months ago, as weather in important wheat producing regions has cooperated and farmers have responded to high prices. Canadian and U.S. wheat crops seem likely to recover from last year’s serious droughts. The Chinese wheat crop is not as bad as feared in the spring, and India’s record heat wave earlier this year seems not to have damaged the wheat crop as much as originally expected. Globally, the U.S. Department of Agriculture’s July 2022 commodity report (WASDE) projected wheat exports for crop year 2022/23 to be 205.5 million metric tons, up significantly from 2020/21 and 2021/22.

Why worry? Wheat, vegetable oil, fertilizer and energy prices remain sharply higher than before the COVID-19 pandemic. These high prices place an enormous burden on poor countries and poor households that must purchase their food from global and local markets. In some sense, the world is lucky to have dodged a significant food supply shortage, but now the problem is largely financial. The global actors needed to solve these financial problems are different from the ones needed to solve physical food shortages, but active global cooperation will still be needed to prevent widespread hunger and starvation. 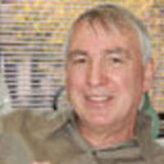 Peter Timmer was a visiting professor at Stanford’s Center on Food Security and the Environment in 2007. He is a leading authority on agriculture and rural development who has published widely on these topics. And he is a Food Tank member.

New Cookbook Boasts Healthy Recipes That Can Save the Planet