Today is World Chocolate Day. On the surface, it’s a holiday aimed squarely at me, a bonified chocoholic that reaches for a sweet treat to get me through the latter half of my day, every day. Yet I know its true goal is to sell me more product, to get me to look past the seedy underbelly of the chocolate industry where people toil in misery to provide me a luxury. Therefore, I propose that we use this “holiday” to think critically about what mass-market chocolate really represents in the world.

July 7th, 1550 is purportedly the day when Conquistador Hernandez Cortes brought chocolate to Spain from what is now Mexico. Tying the day to Cortez’s “discovery” gives us a glimpse into what’s beneath that shiny packaging: the exploitation of people of color in the Global South that dates back some 500 years. After Cortez brought cocoa to Spain, colonizers grew the crop using enslaved indigenous people, decimating these populations through disease and violence; eventually cocoa producers began enslaving people in West Africa to grow what would become a commodity crop.

And that legacy continues today: The Supreme Court has reached a decision in Nestle USA and Cargill v. Doe—wherein six plaintiffs who were trafficked from Mali as children and forced to work on cocoa farms in Cote d’Ivoire have brought the truth of child exploitation in the industry to light. On June 17, 2021, the Court held that the suit against Nestlé and Cargill under the Alien Tort Statute could not go forward as the abuses in question occurred overseas.

While disappointing, the advocacy group Fair World Project notes that the decision does not deny the existence of hazardous child labor throughout these companies’ supply chains. An estimated 1.6 million children engage in hazardous labor in the cocoa sector, including some in in forced and trafficked labor. This may be an underestimate because it is difficult and dangerous for auditors to access plantations where such circumstances occur.

Today, many adult farmers who grow cocoa have never tasted chocolate in its end product state. And adult cocoa farmers earn less than US$1 per day, well below the cost to produce cocoa and raise their families. The true cost of chocolate production has been paid by cocoa-producing communities in the service of profit for a few.

At the root of this exploitation is an extractive business model that relies on poverty prices for farmers. This extractive model is hidden behind an appalling lack of transparency made possible by complicated supply chains with many barriers between farmers and chocolate brands. Only 44 percent of Nestlé’s cocoa can be traced back to the cooperatives that produced it; and 51 percent of Mars brand’s cocoa is traceable back to farmer cooperatives in its own supply chain.

What these statistics tell us is that corporate chocolate producers do not know whether their supply chains rely on modern day slavery, exploitive conditions, or child labor. Nor do they even want to know: this opacity, many critics note, is baked into these supply chains to give large corporations plausible deniability. And as the Supreme Court case makes clear, these supply chains can work in corporations’ favor to keep human rights abuses overseas and out of sight.

On World Chocolate Day, we should celebrate the potential for significant reforms in chocolate. Dr. Bronner’s, my family’s company known for soap and bodycare products, founded in 1948, that I run with my brother, is launching a line of fair trade and organic chocolate bars this year because we know from our supply chain partnerships that the chocolate industry can be ethical if companies prioritize mutual cooperation over profit. We have been inspired by fair trade chocolate pioneers as Alter Eco and Equal Exchange who have proven chocolate can be done better—paying fair prices and supply chain transparency are key to that.

The move towards fair trade in chocolate shouldn’t be motivated by call-outs and lawsuits that pull chocolate manufacturers out of the race to the bottom. We need a shift industry-wide: chocolate created without modern day slave labor shouldn’t be a “perk” offered by some brands, forcing customers to make the decision as if they’re choosing between nuts, raisins, or caramel.

Rather, Big Cocoa should have principles deeply ground into their DNA that would make supply chains built on exploitative practices unthinkable; and insofar as they don’t, then we need to compel them to.

There is no marketing slick enough to make perpetuating the shameful legacy of colonialism taste sweet—we need to change the chocolate business for good. 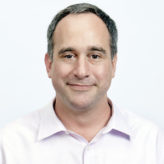 Michael Bronner is President of Dr. Bronner’s, the grandson of company founder, Emanuel Bronner, and a fifth-generation soap maker. A philanthropist and activist, Michael is an advocate for many social and environmental justice causes advanced by the company, including Fair Trade, organic standards, farm animal protection and ocean conservation.