Photograph courtsey of Crops For the Future.

Sayed Azam-Ali is the CEO of Crops For the Future, the world’s first center dedicated to research on underutilized crops for food and non-food uses. He also serves as Chair of the Association of International Research and Development Centers for Agriculture (AIRCA), a nine-member alliance focused on increasing global food security by supporting smallholder agriculture within healthy sustainable and climate-smart landscapes. As a global thought leader, Professor Azam-Ali shared his thoughts on the future of food with Food Tank.

The Green Revolution of the 1960s marked a turning point for agriculture and prevented millions of deaths from starvation. The need for food security resulted in intensively produced, high-yielding varieties of a handful of major crops and the displacement of those that could not compete in terms of yield. However, just four crops (wheat, rice, maize, and soybean) now provide more than half our food. More than 7 billion people rely on such crops not just for food but increasingly as raw materials for animal feeds and bioenergy systems. In terms of food security, this is a major achievement. However, while there is sufficient food to feed the current population, can just these major crops nourish a growing global population on a hotter planet?

Impressive gains in the productivity of major crops has encouraged the agricultural industry, decisionmakers, and researchers to seek even more from them. This means an even greater focus on better integration of the world’s major crops, their production systems, and markets. No doubt, new technologies can increase the efficiency of existing agricultural systems. However, will such gains be enough for the future and is bigger-better-business-as-usual wise? Incremental improvements in the production of candles did not lead to the invention of the light bulb. We need a light-bulb moment for agriculture. 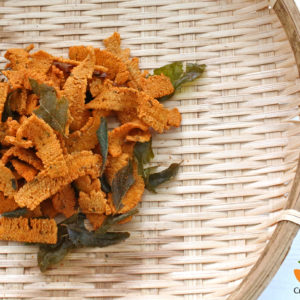 If we look to nature for inspiration, we can see that biodiversity provides a Green Ocean for agricultural diversification.  New technologies can help identify the best underutilized crops for novel foods, feeds, and livelihoods. New thinking can extend beyond simply growing more crop species to include the optimal use of rural and urban landscapes. New solutions can transform agriculture—for the good of humanity, the planet, and future generations. These will include diverse ways in which we produce food, deliver knowledge, advance technologies, and attract a new generation of farmers and investors. Agricultural diversification provides a huge opportunity to transform agribusiness into enterprises that the planet can afford.

Nine billion people, on a hotter planet with scarce water and energy resources, represent the ‘Perfect Storm’ for humanity. By 2050, crop demand for human food and animal feed will at least double. At the same time, water resources are diminishing, arable land is being degraded, and rural populations are moving to cities. By itself, conventional agriculture—the intensive production of major crops on the best soils—will not meet humanity’s needs without using more resources than the planet can afford. In hotter, more volatile climates, business as usual will become ever riskier.

Throughout our history, humans have cultivated more than 7,000 crops. Why then do so few crops now feed so many people? Are all other crops grown locally for millennia useless or have we simply overlooked them? The decline in diversity of our food systems is recent, rapid, and risky. We all increasingly depend on few elite crops for their yields, supply chains, and use in processed foods. If any link in the chain fails, our globalized food system is at risk. 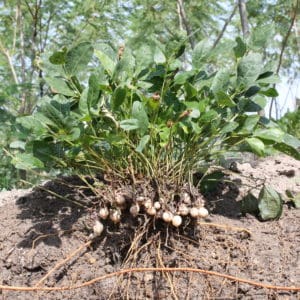 The global diet—energy rich and nutrient poor—is inextricably linked with an increase in the incidence of non-communicable, diet-related diseases (NCDs). The double-burden of over and undernutrition is a major concern globally. More than 1.5 billion people suffer from hidden hunger due to micronutrient deficiencies caused by decreased dietary diversity. We increasingly recognize that a healthy diet contains a diversity of fruits and vegetables, whole grains, and nuts and seeds, and fewer sugary snacks and beverages, processed meats, and salt. However, we have failed to consider the role that underutilized crops can play in achieving this diversification of diet. Recent research effort has focused on small, incremental nutritional improvements of the four main staples, while our abundant agricultural biodiversity is largely ignored. While they may not achieve the yields of major staples, underutilized crops often contain more vitamins, mineral nutrients, and phytometabolites than cereals.

Around the world, supermarket shelves are stacked with thousands of food products. However, careful inspection will show that these contain the same ingredients, often blended into processed products that are transported across the world. This diversity of products, but not their ingredients, means that thousands of forgotten foods are displaced by a modern, uniform, and processed global diet. Forgotten foods can include ingredients from neglected crops, animals and even insects. If we can rediscover such foods, we can test the suitability of the crops from which they derive and make products and cuisines from them that are nutritious and desirable. This needs a global effort that links our culinary heritage with scientific studies and new technologies. In November 2017, His Royal Highness The Prince of Wales launched the Forgotten Foods Network (FFN) at CFF’s headquarters in Malaysia. This global initiative shares information on foods, recipes, and traditions that are part of our common heritage to create a library of forgotten foods. The culinary knowledge and scientific evidence linked through FFN will build on the Food Forever initiative launched by the Crop Trust to secure the genetic resources of the world’s crop species. 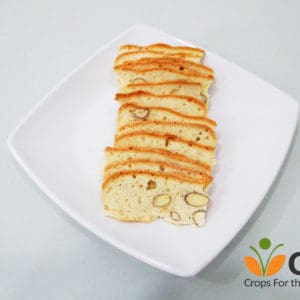 We Need to Transform Agriculture for Good

Like human societies, agriculture is at a crossroads. We can either enforce and protect monocultures or facilitate and celebrate diversity. It is not a question of whether the Green Revolution has successfully fed most of us (it has), but whether this model can nourish us in the future. While high-input crop monocultures are easy to justify (yield, mechanization, intensification) they are increasingly vulnerable in volatile climates. Our yield-for-profit paradigm has meant that many crops grown for generations have been displaced, funding and advocacy for them curtailed, and, as a consequence, crop diversity lost. Is this wise? While diverse crops and cropping systems are complex, they provide greater resilience to changing environments, more products, and are simply more interesting! They can also provide new livelihoods for communities and business opportunities for investors. As we move in ever greater numbers to cities and safe spaces, we need to see agriculture as a career for young urban professionals, livelihood for displaced communities, and activity for you and me. If we eat, we are involved in agriculture. The crops we grow need not only be major staples for profit but can include a multitude of species supported by knowledge of their uses, cultural values, and societal benefits for humanity and the planet. For the future of food, we need a global effort to transform agriculture for good. 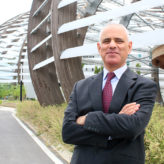 Professor Sayed Azam-Ali is the Chief Executive Officer of Crops For the Future (CFF), the world’s first and only center dedicated to research on underutilized crops for food and non-food uses. In 2017, he was elected as Chair of the Association of International Research and Development Centers for Agriculture (AIRCA), a nine-member alliance focussed on increasing global food security by supporting smallholder agriculture within healthy sustainable and climate-smart landscapes. Prof Azam-Ali also holds the Chair in Global Food Security at the University of Nottingham.  More information on CFF activities here: http://www.cffresearch.org/

Turning a Restaurant Into a Social Movement: A Conversation with Dan Simons of Founding Farmers