Many will remember this equation from school: 6CO2+6H2O+Light→C6H12O6+6O2. It’s a simple way to sum up a very complex process that takes place in green plant tissues: photosynthesis. In short, photosynthesis is the process by which plants use atmospheric carbon dioxide (CO2), together with water, to build organic compounds by harnessing energy from sunlight. As the basis of plant growth and crop yield, how photosynthesis responds to climate change and agronomical conditions will largely influence our capacity to feed a growing population.

Last week, I was explaining the basis of photosynthesis to a primary school child during a private science lesson. In the end, he asked me: “if CO2 is plants’ food, why do we worry about its rising level? More CO2 means more photosynthesis and more food for us, right?” This is exactly what some climate change skeptics argue: the rising CO2 level has already boosted yields and will continue to do so, helping us achieving food security. Unfortunately, this is not so simple.

In 1804, experiments pioneered by the Swiss botanist de Saussure found that plants absorb carbon dioxide during photosynthesis. And over time, several studies have revealed that, up to a point (800–2000 ppm), more CO2 around leaves means a higher photosynthetic rate: this is called the CO2 fertilization effect. It happens because of the properties of the enzyme Rubisco, probably the most abundant protein on Earth. Rubisco catalyzes carbon fixation in leaves, regulating the speed of photosynthesis and the flow of inorganic carbon into the biosphere, and therefore, playing a pivotal role in the planet’s carbon cycle and in crop yield.

But Rubisco is not so efficient: it also reacts with O2, resulting in an energetically wasteful process called photorespiration. This diminishes photosynthetic efficiency by about 30 percent. Through geologic time, CO2 atmospheric concentration varied substantially. In fact, when photosynthesis evolved, 3–3.5 billion years ago, CO2 levels were two orders of magnitude higher than now, and there was no oxygen in the atmosphere. So Rubisco evolved and adapted to those conditions. Over time, plants responded to the decreasing CO2 concentration by evolving adaptations that help some species to concentrate CO2 around Rubisco, thus minimizing photorespiration. Another evolutionary answer to the selective pressure of a lower-CO2 atmosphere, rich in O2, is an increase in Rubisco specificity—a better ability to discriminate between CO2 and O2. But this resulted in a slower catalytic rate, and Rubisco still reacts with O2 about 25 percent of the time.

Since Rubisco remains inefficient in present-day conditions, increasing CO2 availability could suppress photorespiration and boost photosynthesis. Another effect of more CO2, at least in theory, is a lower crop water use. This is because plants acquire carbon (and release oxygen) from small openings in leaves called stomata, but they also lose water through them, a process called transpiration. So plants continuously have to control stomata opening to reach a trade-off between CO2 assimilation and water loss, therefore higher CO2 atmospheric concentration allows plants to reduce transpiration, keeping stomata closed for longer periods.

Does all this mean higher yields in a future of higher CO2? Unfortunately not. Much of our early knowledge on how rising CO2 influences crop physiology comes from laboratory and closed chambers studies, where the CO2 fertilization effect seemed to greatly enhance plant productivity.

In 1983, Kimball and Idso, in a review based on more than 400 observations about 37 crops grown in the laboratory, concluded that with a doubling in CO2 atmospheric concentration, crops’ yields would have increased by 33 percent, on average. But what happens if we move from the laboratory to fields?

Free Air CO2 Enrichment (FACE) is an experimental technique where crops are grown in fields under real environmental and agronomical conditions and where the air around them is artificially CO2-enriched. Unlike laboratory studies, FACE experiments represent a good simulation of the future environment and are a source of high-value data for crop models used to make projections. Evidence from these experiments suggests that the benefits of higher CO2 atmospheric concentration, in terms of yield stimulation and water saving, may be far less than expected under future growing conditions.

This is largely explained by a very simple but fundamental law of agronomy formulated by Carl Sprengel, and later popularized by Justus von Liebig in the first half of the 19th century: the Law of the Minimum. The growth and yield of a plant depend on a number of different factors, such as sunlight, mineral nutrients, temperature, CO2, and so on. But optimal growth only occurs at the rate permitted by the most limiting factor, the one most scarce in relation to real needs. In fields, crops productivity usually falls far short of the potential, and yield gaps could be very large due to several limiting factors. To put it simply, you could supply more CO2 to a crop, but if this crop is stressed by nitrogen or water limitation, the increase in yield due to carbon fertilization will not be significant.

Taken in isolation, in some circumstances, a higher CO2 atmospheric concentration may be viewed as something positive for crops. But we know that CO2 is the main driver of climate change, the effects of which are now recognized as dangerous limiting factors for crop productivity, threatening global food production. Higher CO2 atmospheric concentration and related climate change will probably mean higher global average temperature, heat waves, and extreme events like floods or severe droughts. Climate change is altering the distribution of rainfall in space and time, accelerating soil degradation and biodiversity erosion, bringing new weeds, and helping the spread of pest and diseases between agroecosystems.

Crops are particularly sensitive to temperatures that are higher than optimal, and heat stress could be one of the main limiting factors for crop yields in the next decades. In 2016, a four-year FACE experiment studied the response of wheat and rice production to CO2, temperature, and their interactions. The authors’ conclusion is that warming may offset or even reverse the positive effect of any CO2 enrichment. As for the hypothesis of lower water demand, another 2016 study published in Nature demonstrated that higher CO2 increased soybean canopy temperature, due to reduced transpiration, and improved leaf development. These two factors can counteract and even reverse the positive effect of lower stomatal conductance due to higher CO2, and they can make crops use more water than expected.

Our global capacity to achieve food security will strongly depend on how crops and agroecosystems will be impacted by climate change. Unfortunately, rising levels of atmospheric CO2 will have more negative than positive effects on our food systems. 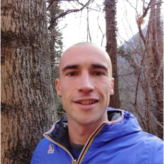 Andrea Bianchi has a bachelor degree in Agricultural Sciences-Agritechnology for Land and Environment and is working on a thesis for Master in Plant Production and Protection Sciences at Milan University. In 2017, he attended the winter school in Food Security at the Italian Institute for International Political Studies and won the third prize at the Student Case Study Competition organized by the Barilla Center for Food and Nutrition and Wageningen University & Research, during the European Association of Agricultural Economists Congress in Parma. Andrea is passionate about agroecology, healthy food systems, and innovation and sustainability in agriculture and wants to contribute to ending hunger and help people understand the deep connections between food, environment, and sustainable development.