On “Food Talk with Dani Nierenberg,” environmental activist and founder of Project Drawdown Paul Hawken talks about his optimistic model to protect the climate amidst despair and fear in the conversation over climate health. In the early 2010s, “there was a wave of despair that washed over friends and activists—it was kind of like game over,” says Hawken. “That point in time when you give up and surrender is the opportunity for transformation. Game over actually sounded to me like game on.”

“Fear occupies your mind; blaming occupies your mind. You’re in an adversarial position with the world. But the thing that makes you happy is to do something that’s actually doing,” says Hawken. Assembling researchers, scientists, policy makers, business leaders, and activists, Hawken founded Project Drawdown to present the best information on climate solutions with feasible actions. Released in Drawdown (2017), the findings of the project ranks the top 100 most substantive solutions to global warming according to their financial, social, and environmental benefit.

“Drawdown is all about narrative, really. It’s not a fear-based book—we realized fear isn’t a good place to start communication. Fear doesn’t work,” says Hawken. In fact, fear is one of several causes of global warming, causing individuals to see themselves as separate; “but the mindset that will solve the problem is collaborative,” says Hawken. And while no model to solve the problem is the right model, says Hawken, Project Drawdown’s model is useful. “We’re reflecting back to the world what it is already doing—that’s our role, to reflect back to the world to help it see the hope it can’t see.”

Eight of the top 20 solutions involve the food system, including the third and fourth top solutions: ending food waste and maintaining and plant-rich diet. “They relate to each other: if you change your diet, what you’re wasting or not wasting is different. You have to model solutions interactively; you can’t model solutions in silos,” says Hawken.

18 Must-Attend Events for the Good Food Movement at #SXSW 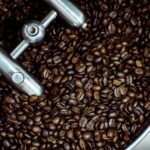