Can changing our diet save the planet? When the EAT-Lancet Commission launched a new landmark report last month, it was widely interpreted as saying that forking down less red meat and more vegetables should ensure that we can provide nutritious food for 10 billion people while maintaining a healthy Earth.

However, while changing our diets can help turn around planetary degradation, the challenge is greater than that. As the EAT-Lancet commission points out, the way we produce our food must also be changed to ease the pressure on natural resources, not least water.

What’s surprising is that the relationship between water and nutritious food is not particularly well understood. Recently, I, along with colleagues from the CGIAR Research Program on Water, Land and Ecosystems and The World Bank, investigated how water and nutrition go hand-in-hand and how we can reinforce this close relationship.

Getting water and food goals to go hand-in-hand

The Sustainable Development Goals (SDGs) are widely considered the foremost framework for pursuing more sustainable and better food production. However, while the SDGs set out desirable targets for both food and water, they also leave blind spots between the two goals.

The problem is that achieving the targets for food security and nutrition can undermine achieving those for water and sanitation and vice versa. Understanding the links between water and food is important because otherwise advances in one arena might mean constraints in another.

For example, if an already water-scarce country focuses on increasing productivity on existing land, in line with SDG 2 on food and the EAT-Lancet report, water shortages will likely increase and pollution worsen, leading to underperformance or failure on a series of targets for SDG 6 on water. Thus, when talking about changing diets to safeguard the planet, we must also consider how the food production that underpins diets interacts with water and other natural resources.

While the direct link between water use in agriculture and food security is relatively clear, many other aspects need to be considered to achieve sustainable diets and a healthier planet.

For example, investments in irrigation are geared toward increasing the productivity of agriculture. The assumption is that being able to produce more food through irrigated agriculture will reduce stunting and wasting in children in families using this practice, but so far we have found only limited evidence for this.

Similarly, emerging evidence indicates that irrigation can produce unwanted side effects, such as new breeding grounds for malaria-transmitting mosquitoes and increased water runoff that causes erosion and washes nutrients and pesticides out of fields. Drinking water, thus dirtied by nutrients, chemical or biological agents, or from the improper handling of livestock and human waste, also influences people’s nutritional status—negatively.

Climate change and poor management of upper watersheds further impact the linkages between water and nutrition. Less water at the wrong time, and increased competition for what’s left, makes it difficult to produce enough and nutritious enough food, particularly for the poorest and most vulnerable people. Making sure that these groups have access to technologies and information that can help manage water scarcity will be key to ensuring their health.

A new approach to development interventions

However, knowing all of this, the question is how can we put this information to use?

First of all, NGO workers, government officials, and investors working on interventions to improve either water or nutrition need to consider all linkages to avoid adverse consequences for other, equally important goals and strengthen positive synergies. To achieve both SDGs (and, in fact, all SDGs), we need to thus change the way we think about development interventions—they should not aim to achieve just one goal, but contribute toward all the goals. Moreover, whatever the intervention envisioned, we recommend that it is always tailored to the local context and carried out with local communities.

Second, researchers need to double their efforts on understanding more precisely how water and nutrition are linked, especially when it comes to the relationships between nutrition and irrigation, nutrition and climate change, and nutrition and water resource management for multiple purposes, such as energy, the environment, and food production.

There’s a lot of work to be done, and while adopting diets that ease up the pressure on water and other resources is one step, many other steps are needed before we can be sure to achieve a well-fed and healthy planet. 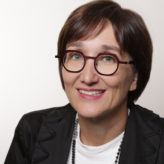 Claudia Ringler is co-lead of the Managing Resource Variability and Competing Use research theme under the CGIAR Research Program on Water, Land and Ecosystems (WLE) and Deputy Director of Environment and Production Technology Division at the International Food Policy Research Institute (IFPRI).

At Clover Sonoma, Supporting Farmers Brings Urbanites to the Farm