There is a health crisis in low-income communities of color caused partly by poor nutrition. Many traditional and healthy eating habits have been abandoned due to migration, immigration, and high poverty. The predominance of fast food chains and poorly stocked corner stores in low-income neighborhoods limits the food choices people can make easily.

What’s the solution to rebuilding the health of these communities? The first step should be a strong focus on mindful eating, according to a group of black chefs, a pastor, food activists, and changemakers. The roundtable discussion was organized by Kellogg Fellows Leadership Alliance (KFLA) in late-November during the KFLA Global Summit in Atlanta, which was supported by W.K. Kellogg Foundation with media sponsorship by Food Tank.

Four roundtable participants shared their thoughts on mindful eating, food equity and community resilience in the Beloved Community, which is a society that Dr. Martin Luther King envisioned would be based on justice, equal opportunity, and love of one’s fellow human beings.

What is the role of mindfulness in healthy eating among communities of color?

“Mindfulness is really a mental condition. Through trauma, social determinants, and environmental circumstances, there is emotional instability in communities of color.  One of the largest factors is these communities are eating with their emotions. They get caught in a cycle of eating poorly, feeling badly, and then because they are feeling badly, they eat poorly again. Many times, the cycle is passed down generationally.

Mindfulness is important because it helps you get in touch with your feelings. Understanding why you feel the way you feel is very important. Especially if you can initiate that process before you jump ship so you can eat something that makes you feel better. Comfort food is called comfort food because when you are stressed out you are tempted to eat food like a big plate of macaroni and cheese. This food makes you feel good initially because it acts as a drug.

Food is the most powerful, legalized drug that we have. Food can be used as a medicine to nourish or it can kill. Without question, it’s A or B. It’s not so much in the middle.

Many people in communities of color don’t seek counseling, because they don’t want to be seen as mentally ill. They are embarrassed and may not be able to express their feelings to strangers. Many in these communities are emotionally living in the closet. They are dealing with it through the sanctity of high sugar, high salt, and high fat because it does make you feel good temporarily. But in the long term, it causes diseases and shortens life spans.

There are two challenges. One is to introduce social equity and mindful eating in a way that is devoid of color. The other is introducing the sense of mindfulness, and using food as a nexus to help people understand that ‘health equity is wealth equity.’ If you’re healthy, you can work more. You can learn more. And you have the stamina to endure during crises. You can also make more money. So, there’s a socioeconomic factor to this concept of ‘health equity is wealth equity.’ Everyone benefits.”

How is socioeconomic eating affecting communities of color?

Chef Adam J. Joseph is a culinary instructor at Sims Academy of Innovation and Technology. He contributed an essay about socioeconomic eating to Mindful Eating for the Beloved Community. Excerpts:

“In an intriguing article, Joseph E. Holloway, Ph.D. explains in detail many of the crops brought to the United States by slaves from Africa. ‘The ship logs of the slave vessel Elizabeth, bound for Rhode Island in 1754, listed provisions of yams, plantain, bread [cornbread], fish, and rice.’ Dr. Holloway says that additional foods such as black-eyed peas, peanuts, sesame seeds, and okra were brought from Africa. These items were nutritious especially when paired with other complex carbohydrates, proteins, and vegetables.

This diet is obviously contrary to the one slave masters inflicted on displaced Africans. The American slave diet consisted of an abundance of fatty pork ‘parts,’ much of which was cured because of lack of refrigeration. It was from these conditions and resourcefulness that songs like ‘Hambone’ came about—African slaves having to make do and support one another through rough times.

Many households today are headed by single parents who face the demands of work and childcare. Providing nutritious meals can seem an impossible task. Children are often at home alone for a few hours each day. Moms and dads work late or have second jobs and may not have time to prepare a meal every night.

My mother prided herself on how little she spent at the grocery store because she supplemented our meals with foods from our garden. I was taught by my single mother how to break down a whole chicken because it was cheaper than buying it in parts. Those are the things that, coupled with mindful thinking and eating, can help change a huge part of the socioeconomic issues that we are having today.”

How are faith, food, and race connected with spiritual healing?

Bishop Pringle is the founder and Chief Overseer of New Covenant House of God Fellowship of Churches. He has founded 18 churches throughout Alabama, Florida, Georgia, and South Carolina.

“The church has always played an important role in all of our communities, especially those in the impoverished communities. In my almost 30 years of leadership, I have discovered that if you say it in the church, people are going to believe it. If we can teach the message of health and mindful eating from the pulpit, that could definitely have a major impact on the communities surrounding the church.

There is scripture supporting health. There are biblical stories supporting health. But you will not find health being part of the message from the church very often. They have Sick Lists in a lot of churches in low-income communities. They read a list of all the sick people from that community that attend that particular church.

I’d like to ask what are you doing to encourage the whole idea of living healthy as a religious individual? I believe we should just tell the truth that our eating habits are the cause of many of our health issues. You are what you eat. The church should play a major role in disseminating that message.”

What gives you hope?

David Castro is the founder of I-LEAD, Inc., a school for community leadership development in Pennsylvania. A Kellogg Fellow, his Arch Street Press published Mindful Eating for the Beloved Community.

“Mindful eating represents a concrete strategy for making change at the community level. We know what the problems are. We’ve seen the data. We even understand why things are so messed up when we look at the history of racial injustice. We can look at failed policies, we can look at inequality and structural racism. But we are still left with the question: What do we do about it?

To me, mindful eating represents a concrete and specific action that people and a community can take. So many times, people are frustrated—and the more ‘woke’ they are, the more frustrated they feel. When people get to the point where they understand the position they are in, they can become angry and bitter. It’s easy to feel a sense of impossibility with the situation.

Mindful meals are a simple and concrete way to immediately take a step forward. We focus on diet, but we do so in a way that focuses on community and puts you in touch with others. One of the most powerful ways to reduce stress is by joining in compassionate relationships with others. The power of family and community to reduce stress and promote healing is enormous. So, immediately through the process of community food, we are building a foundation for social change.

What really inspires me is the idea of what kind of dialogue can take place in that context. I believe what Margaret Mead said, ‘Never doubt that a small group of thoughtful, committed citizens can change the world; indeed, it’s the only thing that ever has.’

That’s the mindful meal. It’s when people gather around a table and ask what’s happening here? What are we going to do about it? A lot of positive energy is released when you’re in that kind of a setting. I believe we have to rebuild communities in exactly that way. We cannot slice and dice the community into different areas and apply programs to them. Communities aren’t widgets. They need to be called as conscious human beings to the table and treated with respect, love, and care as the full human beings that they are.

To me, I see the mindful meal as a unit of social action and that’s what gives me hope.”

Watch a video of the Mindful Eating for the Beloved Community roundtable. 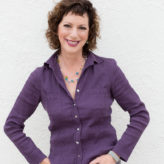 This original piece is provided to Food Tank by the Kellogg Fellowship Leaders Alliance (KFLA). It was written by author Teresa O'Connor.