On May 6th, the United Nations released a summary of its Global Assessment on Biodiversity. The report finds that 23 percent of the world’s agricultural lands are less productive than five years ago, even though global food production has increased. How is that possible? In refreshingly bold language, the report comments on how agricultural subsidies catalyze land degradation and biodiversity loss. Policy makers need to consider how agricultural subsidy policies incentivize agricultural practices that harm species and ecosystem health. This is the case in the United States, where the federal government spends billions on agricultural subsidies through the Federal Crop Insurance Program (FCIP). The current structure of the FCIP fails to address the environmental and public health effects of producing commodity crops intensively. Furthermore, the current structure of the FCIP does not incentivize farmers to change their farming practices to more regenerative, soil building methods. Instead of subsidizing degenerative agricultural practices through the FCIP, the federal government should financially reward farmers who employ farming techniques that build soil health.

The Global Assessment states, “Harmful economic incentives…associated with unsustainable practices of fisheries, aquaculture, agriculture (including fertilizer and pesticide use) …are often associated with [the] overexploitation of natural resources.”

Healthy soil is alive. One teaspoon of healthy soil has more life than there are people on the earth! The soil supports life like microorganisms, bacteria, fungi, algae, and earthworms, and these microbes are critical because they provide nutrients, carbon, and water to plants. When the microbes in our soil are well-fed and supported, our soil and our plants are healthier. Our soil ecosystem is the greatest concentration of biomass anywhere on the planet, and when the federal government pays crop insurance subsidies without considering the practices that are used to grow those crops, our soil microbiome pays the ultimate price. Our soil microbes matter because they:

Sequester Carbon: The microbes in our soil all need one thing to live: carbon. Our plants pump excess carbon from the atmosphere into the soil to support microbial health and biodiversity. All the microbes in the soil consume carbon, but when soil is contaminated by toxic pesticides, fungicides, and insecticides, the harsh chemicals, microbes cannot thrive. Fewer microbes in the soil mean fewer organisms to consume and sequester carbon in the soil. By spraying crops with harmful chemicals, we reduce the soil’s capacity to act as a carbon sink.

Retain Water and Use it more Efficiently: Mycorrhizal fungi, a critical component of the soil microbiome, provides nutrients and water to plant roots. Mycorrhizal fungi, only found on living plant roots, build intricate highways through soil so plants can access nutrients and water from faraway places, providing water security during droughts. Impressively, healthy soil can hold up to 20 times its weight in water. When industrial agricultural practices encourage farmers to till, to rip living roots out from the soil so their crop rows look “clean,” or to fallow their fields and skip a growing season, mycorrhizal fungi populations are not supported. When mycorrhizal fungi populations are not supported, soil cannot sequester as much water, and our crops are less resilient during drought.

Keep Our Food Healthy: When plants photosynthesize, they break down water and convert the energy from the sun to form sugars. Whatever sugars the plant doesn’t use, it pumps into the soil to feed the microbes and fungi. In return, the fungi provide nutrients like organic nitrogen, phosphorous, calcium, and zinc to the plant. Diverse fungi species help plants access a variety of nutrients, and this nutrient exchange keeps our plants healthy and nutrient-rich. Monocropping, an industrial agriculture practice supported by agricultural subsidies, does not support mycorrhizal fungi diversity, so the nutrient density of our fruits and vegetables suffers. The lack of biodiversity above ground affects the biodiversity below ground.

Unfortunately, the U.S.’ subsidized cropping systems do not support microbial health. Almost one-third of the 320 million acres of harvested cropland in the U.S. is used to produce corn, and another one-third is used to produce soybeans. Most of the corn and soybean crops are not grown for human consumption—they are exported or used as feedstock for livestock production—but they constitute two of the most heavily subsidized crops in the US. The table below breaks down the types of degenerative practices that are supported by federal government subsidies. These degenerative practices do not support healthy soil, and in fact, destroy the soil microbiome. The percentages represent the percentages of total corn or soy acres that employ specific degenerative practices. For example, 97 percent of all corn acres in production apply synthetic fertilizers.

The Natural Resources Defense Council (NRDC) advocates for regenerative agricultural systems that support microbial biodiversity and soil health. The organization’s campaign to reform the FCIP aims to make it easier for farmers who practice soil-building techniques to access the FCIP. States are also stepping up to the challenge and implementing innovative crop insurance programs that reward farmers for adopting regenerative agricultural practices like cover cropping. NRDC also worked with a diverse coalition of agricultural and business groups to successfully pass the Soil Health Demonstration Trial provision in the last Farm Bill. The provision will reward farmers for adopting soil-building practices that sequester carbon in the soil. These efforts exemplify how governments should flip the status quo and reward stewardship.

The Global Biodiversity Assessment is clear: Governments must reconsider the types of agricultural systems that are supported by taxpayer dollars. For the last five years, the U.S. government spent an average of US$9 billion in crop insurance subsidies through the FCIP. A significant portion of these federal subsidies goes to commodity farms that employ agricultural practices that degrade soil health, like nondiverse crop rotations, heavy fertilizer and pesticide use, and tillage. The billions of dollars of subsidies paid by the federal government should not support degenerative agricultural practices. For the sake of soil health, farmers should be rewarded for treating their farms as biodiverse, microbe-rich ecosystems. Policy should incentivize soil building practices like crop diversity, cover crops, crop rotations, integrated livestock management, and no-till.

The Global Biodiversity Assessment calls out the dangerous trajectory of current agricultural subsidies. We’ve hit the snooze button too many times on subsidy reform, and it’s time for our policymakers to wake up to biodiversity losses perpetuated by this broken system. 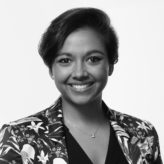 As a policy analyst, Arohi Sharma advocates for policies that protect and restore rivers and aquatic ecosystems in California and promote regenerative agricultural practices to reduce wasteful water use and to protect soil health. She holds a bachelor’s degree in political science from the University of California, San Diego, and a master’s degree in public policy from the Harvard Kennedy School of Government. Before joining NRDC, Arohi served as a legislative staffer on Capitol Hill.

An Unexpected Collaboration Is Reducing Food Waste in Illinois