Just north of Honolulu, Hawaii, an unmarked driveway between opulent houses opens into a grassy field and an 88-acre fishpond, penned in by 800-year-old stone walls. A school group finishing a tour turns to face the water and sing in unison. Even without understanding the Hawaiian-language lyrics, the message is clear: they are thanking the pond.

“Every time they do it, it touches us,” says Keli’i Kotubetey, the Associate Executive Director and co-founder of Paepae o He’eia, the non-profit operating the fishpond. The organization uses the ancient knowledge of aquaculture to solve a modern problem: growing enough food to feed the island of Oahu in a sustainable, ecological way.

He’eia is the second largest of about 40 fishponds in the Hawaiian Islands. It is one of ten ponds left in Oahu where hundreds used to exist and has the longest retaining wall—more than a mile. The non-profit has worked to rebuild and preserve the traditional ponds since 2001, looking at ancient foodways that could, if permitted and desired, feed the entire island in a state that currently imports 90 percent of its food from the mainland.

The fishponds rely on tides and a series of gates to pen reef fish into the lava rock walls, using the scent of larger fish to lure small fish to swim in through the gates, called mākāhā. The smaller fish become trapped, growing in the brackish water until large enough to eat. At high tide, clear salty water flows in, enticing the larger fish to try to swim out, allowing the farmers to scoop them up easily from the mākāhā.

“We’re looking to the past for answers to tackle modern food issues,” says Kotubetey, standing at one of the thatched gates made of local tree trimmings and mangrove wood. But it’s not a starry-eyed look into the past. They use wireless sensors, real-time water quality monitoring, and any technological leg-up they can find. “We use things our ancestors would have used if they had them,” he says of their three-pronged organization. “But the foundation is traditional.”

The first of Paepae o He’eia’s three programs is restoring the 800-year-old fishpond to its one-time functionality, including removing invasive mangrove forests on the freshwater side. “We’re restoring the pond to the best of our ability to what it was traditionally,” he says. “But we also have to layer on top the environment and weather we have now.” The biggest challenge is building a gate that can survive regular flooding events—which has cost them their stash of fish in the past.

That loss of the mullet, milkfish, goatfish, and other types of fish they grow has held up the second of the three programs: raising products in the pond to sell, trade, or donate. In 2018, they finally began the first run of regular harvesting with Samoan crab, selling to some of Oahu’s most prominent chefs, including Andrew Le of Pig and the Lady and Ed Kenney of MudHenWater.

But the goal of the fishpond is education. “If we want someone to take over our jobs when we’re done,” says Kotubetey, “we need to start teaching them yesterday.” That means that the same students visit the pond multiple times, as well as the rest of the ahupua’a—the traditional vertical land division in Hawaii that runs from mountain top to oceanfront as a unified food and watershed. Across the street, one of the founders of Paepae o He’eia founded Kākoʻo ʻŌiwi, a similarly styled program on 400 acres of wetlands rescued from overgrown pineapple and rice fields and now produces taro, sugarcane, turmeric, and other crops. Further up the hillside, Papahana Kuaola does the same in the highlands, reforesting the hillsides so that they hold dirt and growing taro and sweet potatoes. 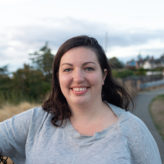 Award-winning food and travel writer Naomi Tomky uses her unrelenting enthusiasm as an eater, photographer, and writer to propel herself around the world. Her first book, The Pacific Northwest Seafood Cookbook, comes out in November. Follow her on Twitter @Gastrognome and on Instagram @the_gastrognome.

Opinion | We Can Stop the Climate Crisis