Post-harvest food loss is a major contributor to food insecurity and poverty in some of the world’s poorest countries. While in industrialized countries food is wasted in homes, restaurants, and grocery stores, in developing countries, most food loss occurs during harvest, storage, and transportation. For instance, lack of access to cold storage in developing countries leads to significant losses of fruits, vegetables, dairy, and meats. Around half of all fruits and vegetables produced in sub-Saharan Africa are thrown away, according to the Rockefeller Foundation. And problems with the storage of grains, legumes, and pulses can lead to losses of up to 40 percent. Creating technologies that are accessible to small-scale farmers in developing countries could substantially improve livelihoods.

An article published in the journal Food argues, “the solutions to reduce post-harvest losses require relatively modest investment and can result in high returns compared to increasing crop production to meet the food demand.” That same article finds that only five percent of agricultural research funds globally are directed towards post-harvest loss. However, using the little funding that is available, entrepreneurs, inventors, and researchers within developing countries are showing what can be done. They have come up with some innovative storage and packaging technologies that prevent post-harvest losses and are accessible to small-scale farmers.

Food Tank is excited to highlight eight ways that innovators are solving the issue of post-harvest food loss in developing countries.

In Nigeria, entrepreneur Nnaemeka Ikegwuonu has come up with a system to make cold storage more accessible to small-scale fruit and vegetable producers and sellers. With a team of entrepreneurs, Ikegwuonu developed ColdHubs—small cool storage centers that use solar panels for all day, off the grid power. Farmers or vendors can rent space in one of the hundreds of ColdHubs across the country for a flat daily fee charged per crate. Ikegwuonu estimates that farmers are reducing their losses by up to 80 percent using ColdHubs.

Scientists at the Universiti Sains Malaysia (USM) have manufactured a biodegradable plastic film wrap made from a tropical fruit waste flour. FrutiPlast compares in strength to normal plastic wrap and naturally biodegrades in three to six months after use. It costs 10 percent less than standard non-biodegradable plastic. This contrasts with most biodegradable plastic, which can cost up to eight times more than conventional plastic.

In northern Ghana, farmers have used mud silos for the last 300 years to store grains and other non-perishables. A U.S.-based NGO, Opportunities Industrialization Center International (OICI) runs a project to bring the mud silos to the rest of Ghana. For less than US$25, mud silos store one and a half tons of grain, reduce losses to as low as one percent, and last up to 50 years. As of 2014, OICI had trained 457 Ghanaians in silo construction and helped build 5,600 silos.

Researchers at the Centre of Excellence for postharvest Biotechnology (CEPB) at the University of Nottingham Malaysia have discovered a low-cost way of preserving fruits and vegetables. Gum arabic comes from acacia trees, which are mostly grown in the Sahel region of Africa. The researchers found that after applying the edible coating, tomatoes could be stored up to 20 days without deteriorating. There is potential for farmers in the Sahel to start using gum arabic as a cheap sustainable option to preserve their fruits and vegetables.

Pune, India based Promethean Power Systems has developed thermal powered milk chillers. In many parts of India, power is only available for about eight hours a day. Rapid Milk Chillers use thermal batteries to store energy and only need four hours of power to keep milk chilled all day. Promethean Power Systems sells to dairies that have installed the milk chillers in hundreds of village-level milk collection centers.

Purdue Improved Crop Storage bags (PICS) use waterproof polyethylene bags to create an airtight environment that kills pests and mold. Research has shown that hermetic (airtight) storage technologies like PICS can virtually eliminate losses of grains, pulses, coffee, and cacao beans. Purdue University researchers developed PICS in Cameroon in close collaboration with farmers to improve the storage of cowpeas. The affordable triple bag technology is now used in developing countries across the world.

Lawrence Okettayot, a young Ugandan engineer, is tackling the problem of fruit and vegetable loss through his invention, the Sparky dryer. Around 80 percent of Ugandans do not have electricity, according to the U.S. Agency for International Development. To solve this issue, the food dehydrator uses biofuels such as garden trimmings, leaves, or grass. The unit costs about US$80. Okettayot was inspired to create the Sparky by his uncle, who wanted to leave agriculture because he was losing 75 percent of his harvest in storage. Okettayot’s uncle now loses nothing using the Sparky and has increased his income by 400 percent.

The Belgian-made Wakati is a small tent powered by a solar panel and one liter of water per week. Instead of cooling, the Wakati creates a protective microclimate in the tent that can extend the life of 200 kilograms of fruits and vegetables to up to 10 days. Wakati has distributed its technology in Haiti, Afghanistan, Tanzania, and Uganda. In one case, a Ugandan farmer decreased her losses by 50 percent. A pilot project distributed the first 100 Wakatis for free, and after that, they have cost US$100. The company hopes to get the costs down soon. 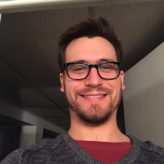 Colton Fagundes is a Research & Writing Fellow with Food Tank. He received his masters in Global Environmental Policy from American University where he focused his studies on sustainable development, food sovereignty/justice, and agricultural policy. Colton has worked and volunteered with nonprofits and grassroots organizations on environmental and agricultural issues.

17 Movements in South America Fighting for Food and Land Sovereignty