Home » Climate Change » Women: The Climate Solution We Need to Talk About

It’s not theoretical anymore: we’re in a climate crisis. And though some of the world’s finest minds are working hard on strategies to stave off the worst effects of the looming disaster, they often overlook a powerful climate solution: gender equality.

Women make up nearly half of the agricultural labor force in developing nations—yet in many countries they can’t even own the land on which they toil; they also often lack access to credit, education, and decision-making. On top of working on their farms, most women farmers must also care for children and fetch heavy loads of wood and water for household use.

Climate change worsens their plight. A recently published report by the International Union for Conservation of Nature suggests that when climate change causes natural resources to become scarce, traditional gender roles intensify—as does violence against women. Such abuse can prevent women from pursuing work, education, and other opportunities.

Depriving women of power and resources is not only unfair, it’s short-sighted. Project Drawdown, the respected climate-solution research organization, ranks the education of girls as one of the ten most powerful ways to reduce greenhouse gas emissions. Educated women have more productive agricultural plots, steward their land better, and have fewer children.

With respect to women smallholders, specifically, Project Drawdown points out that inequality in assets, inputs, and support means women produce less on the same amount of land. Closing the gender gap would improve the lives of women and children—and fight climate change.

In fact, because increasing the yields of women farmers helps keep forests standing—since farmers don’t need to expand their crops into nearby forests when their existing land is productive—we can reduce emissions by 2.1 gigatons of carbon dioxide by 2050. That’s the emissions equivalent of taking 445 million passenger vehicles off the road per year.

The fact is, the more power women have, the healthier their communities—and our climate—will be. According to the UN Food and Agriculture Organization, if women farmers were to have equal access to the same resources (such as trainings, financing, and property rights) as their male counterparts, they could increase their crop yields by 20 to 30 percent, strengthening their livelihoods and their households. When women are able to earn their own wages, they typically reinvest 90 percent of those earnings back into their families and communities.

The benefits of gender equality are clear. At the farm level, we need to work with community leaders to make sure trainings and education are equally accessible to women. This starts by involving both women and men. We will only be able to implement viable, long-term change if men recognize the necessity of inclusion. At the Rainforest Alliance, we also work closely with local governments and organizations to support policy interventions and funding that prioritize women smallholder farmers. But much more needs to be done by us—and everyone else involved. An equitable future for women means a livable future for all of us. 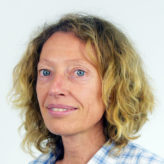 Joky François is the gender lead at the Rainforest Alliance, an international nonprofit working at the intersection of business, agriculture, and forests.

New on the Podcast: Local Food Leaders Gwen Kokes and Lori Cochran-Dougall Share How to Boost Access to Fresh Crops

In the Driest Region of the World, Water Offers Peace

20 Books About Food to Carry You Through Summer 2022

Scaling Agroecology: “Why Is Something So Compelling Also So Contentious?”
Get Involved