As U.S. food assistance programs grapple with overwhelming demand during the coronavirus pandemic, some in New England are finding support from unusual partners—renewable energy companies.

Scratch the surface of these partnerships, however, and the connections begin to make sense. The renewable energy companies are already engaged with the food system, and they’re joining with food relief efforts to connect more deeply with the communities where they do business at a time of crisis.

Vanguard Renewables develops novel on-farm systems that recycle organic food waste and manure into renewable energy that it converts to electricity or sells as gas.  The company takes food waste from food manufacturers and grocery stores, and uses it to fuel its six anaerobic digester facilities in New England, which also produce organic fertilizer and bedding for animals.

When dairy’s main markets shuttered in April, Vanguard Renewables Chairman and CEO John Hanselman noted a sudden large influx of raw milk coming into his company’s facilities straight from farms. Hanselman, who’d never before seen that, reached out to DFA to ask, “Hey what can we do?”

DFA was already focusing on milk dumping, and through its charitable arm, DFA Cares, it raised the money needed to purchase milk from farmers to make the donations. Vanguard Renewables contributed $15,000, as well as time and logistical support.  HP Hood and Guida’s Dairy processed the milk into gallon jugs, and got it out to the points of distribution. The National Guard helped hand out the milk jugs.

“It was a hell of an effort, but it really felt good in your soul as people were pulling up and we were putting gallons of milk in their trunks,” said Hanselman.  “You know that so many families are just a few paychecks away from not having their nutritional needs met, and that’s devastating in a country that has such abundance.”

Community solar provides homeowners and renters an opportunity to tap into clean energy, at a reduced rate on their monthly electric bills, without installing solar panels on their homes.  BlueWave Solar’s projects are typically developed on low-value land, such as along a highway, but they’re also developed on farms, which helps stabilize farmers’ income.  Recently, the company began developing innovative dual use solar farms which Marsch, calls the “holy grail,” because the farmer is able to continue farming the land around the solar array.

“When COVID hit, it was such a clear need. It’s such a hard-hit region, food insecurity being what it is,” said Marsch. “As a company, we’ve supported the food bank. A lot of us have volunteered there. We thought a natural extension was to combine that with community solar.”

Donating to food banks to attract new subscribers is also a creative way for the company to gin up business while sales are low—but local food banks are grateful for the support.

Paul Stermer, director at Food Bank of the Hudson Valley, said he’s seen roughly 50 percent more people in the area who are food insecure and need help since the pandemic struck.

“Even once we get past the pandemic, … the impact of what we’re seeing today is going to be with us for a while,” he said.

Indeed, a recent analysis by Feeding America found that progress made in the past decade on food insecurity will likely be wiped out by the pandemic.

Vanguard Renewables is trying to keep its effort going, said Hanselman, noting “we’ve got 40 million unemployed Americans and it takes a long time to get those folks back to work.”

But he says, it’s gotten harder now to get interest, especially now that the dairy supply chain disruption is over.

Regardless of whether the companies can maintain food relief efforts, both will continue building on-farm clean energy systems that support farmers and help make their operations more regenerative. 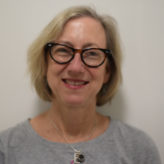 Meg Wilcox is a Boston-based environmental journalist who writes about food systems, environmental health and justice, water and sustainability. Her articles have appeared in the Boston Globe, Civil Eats, Ensia, Environmental Health News, Scientific American and other publications.  Follow her @WilcoxMeg