“Generation Growth,” a new documentary from the nonprofit Green Bronx Machine (GBM), highlights the impact of health and education on poverty in the United States.

The film tells the story of GBM, founded by educator Stephen Ritz, and its hands-on program that simultaneously teaches students science skills and nourishes them with healthy food. The concept has gained national notoriety–GBM has been featured on the cover of TIME for KIDS and invited to the White House three times.

The documentary follows participating schools through the nine-week curriculum, focusing on tower gardens in the classroom. These curricula engage students in math and science lessons while providing them with fresh produce.

“The children think their job is to grow vegetables–and in the process–they are immersed in daily academic activities that are cooperative, collaborative, kind, empathetic and outcome driven,” Ritz tells Food Tank.

Traveling across the U.S. for eight months alongside the GBM staff, director and co-producer Mu Sun and his crew captured the expansion of the program.  Viewers are able to see GBM grow out of New York City and into towns and rural counties across the U.S. Ritz tells Food Tank, “GBM has been responsible for many firsts, including the first wheelchair accessible commercial farm and training kitchen in America.”

Sun explains that the adaptability of the GBM program shows how food access and food poverty are a “truly universal” challenges. But, he tells Food Tank, the most inspiring part of the film is that all across the country, “teachers really are standing up and trying to make things better for their children.”

At the core of the film, “Generation Growth” showcases students and teachers in communities fighting for their future. The film critiques the intergenerational disadvantages that food insecurity creates and perpetuates. “Children will never be well read if they are not well fed,” Ritz tells Food Tank.

To explore these systemic issues, the film features experts including Dr. Sara Bleich, Professor of Public Health Policy at Harvard, and Dr. Tunde Sotunde, former President of Anthem Medicaid. They explain the impact that food access has on mental health, school performance, and future economic independence.

But while “Generation Growth” gives viewers an understanding of the deep-set struggle against poverty in the U.S., the film’s focus remains on solutions and resilience. Ritz and Sun hope that the stories of teachers and students growing vegetables and their excitement around nutrition provide an optimistic outlook on the fight against food insecurity.

Sun says the documentary is a “call to action” and hopes that viewers “become inspired that [they] can really do something about what’s going on in [their] neighborhood.”

“Generation Growth” received both the Spotlight Award and Audience Choice Award at the Heartland Film Festival. The film was also shown at the Hot Springs Documentary Film Festival and the producers continue to offer private screenings for viewers. The trailer can be found here. 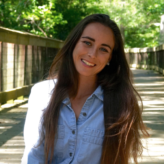