A research project conducted by the National Food Institute of Technical University of Denmark (DTU) has found a new formula to make safer camel milk products.

Africa is home to more than 80 percent of the global camel population, with 60 percent found in the eastern African countries of Sudan, Somalia, Ethiopia, and Kenya. Able to tolerate the high temperatures and droughts typical of Africa, camels are an important source of food in these regions.

East Africa currently accounts for 66 percent of the world’s camel milk production. But a lack of cooling facilities and an inconsistent supply of water and electricity in Africa can often lead to the undesired spontaneous fermentation of camel milk.

Spontaneous fermentation generally increases the levels of contaminants like bacteria in foods and contributes to foodborne diseases. In Africa alone, foodborne diseases contribute to at least 137,000 deaths and 91 million acute illnesses annually, according to the Global Food Safety Partnership.

In partnership with the University of Copenhagen; Chr. Hansen – a global bioscience company that aims to use bacteria to grow safe, nutritious food products – and Haramaya University in Ethiopia, DTU wanted to find a way to improve the fermentation process of camel milk.

“A big improvement would be to start the fermentation by [the] addition of a safe and reliable starter culture,” Egon Bech Hansen, professor at DTU and co-author of the study, tells Food Tank.

Researchers aimed to find a starter culture to begin the fermentation process in camel milk. During their research, they found that two strains of lactic acid bacteria could be used as a starter culture for camel milk due to their antimicrobial properties. When used alongside other food safety practices like proper heating and cooling, these strains can inhibit the growth of pathogens in raw and pasteurized camel milk.

When compared to cow’s milk, camel milk has a similar composition of fat, protein, and carbohydrates and is rich in vitamins. Camel milk has also been shown to control diabetes, a chronic disease that has affected over 19 million adults in Africa, according to the International Diabetes Foundation.

Camel milk production and export is increasing around the world with some European supermarkets already carrying the products on their shelves. By 2024, the market for camel milk is expected to be worth more than US$8 billion.

Hansen envisions multiple ways that camel milk can be used in the future. He is especially interested in using camel milk to develop  infant formula for those allergic to cow milk proteins. With so many benefits, Hansen tells Food Tank “this milk is underutilized.” 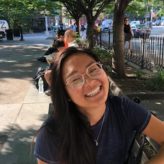 Farmers Fight For Right To Repair Their Own Equipment