Persistent toxics lurk in food and packaging, eventually collecting in the environment and humans.

These per- and polyfluoroalkyl substances (PFAS) consist of over 9,000 greaseproof, waterproof, and heatproof human-made chemicals added to nonstick cookware, food wrappers and containers, and many more products since the 1940s. These fluorine-based so-called forever chemicals serve hundreds of purposes, including solving inconveniences such as messy food transport and preparation. PFAS wind up in food through direct contact or through uptake by plants and animals after leaching into the environment via waste, wastewater, or sewage-derived fertilizer.

“Food is considered to be the main source of exposure for consumers,” Mike Kortsch, a spokesperson for the German Federal Institute for Risk Assessment, tells Food Tank.

“Animal-based foods are probably going to have higher levels of the sorts of chemicals that we are more concerned about” because they concentrate inside animals, adds Chris Higgins, civil and environmental engineering professor at the Colorado School of Mines. In Maine, for instance, investigations detected elevated PFAS in milk.

Higgins found that across the nation, communities forced to grow produce with PFAS-tainted groundwater or soil could be ingesting unsafe levels of these compounds. But present policies address only drinking water, he says.

“They will give you a treatment system for your house but not for your farm,” he says. “We really should not be ignoring irrigation water or soil for PFAS because they can be meaningful contributors to exposure.”

The European Commission recently requested the European Food Safety Authority to investigate the health risks of PFAS in food, Kortsch says. This assessment determined that the tolerable weekly intake for four of the most measurable PFAS was 4.4 nanograms per kilogram of body weight—much lower than previously thought.

When considering the applications and impacts of PFAS, “you have to ask yourself, is this use really essential? Do I really need this particular product made with this particular material for society to function?” Maricel Maffini, an independent consultant and expert on chemicals in food, tells Food Tank. “The Europeans are having those conversations.”

Half of all food packaging could contain PFAS, but Denmark is the only nation that has banned them in packaging. The United States is slowly progressing with regulation, 15 years after scientists discovered the link between PFAS and food.

“Everyone in our country has PFAS in their bodies,” Linda Birnbaum, former director of the National Institute for Environmental Health Sciences as well as the National Toxicology Program, tells Food Tank. “People who eat more fast food tend to have higher levels of PFAS.”

Curbing these substances in unnecessary places, including single-use packaging like snack bags and takeout clamshells, lowers landfill contamination. Since waste treatment can’t break down PFAS, environmentalists argue that this is how to stop poisoning water used for drinking, fishing, and farming.

Birnbaum notes that although the U.S. Food and Drug Administration removed several PFAS from food packaging years ago, manufacturers replaced them with scores of others that could be just as harmful but can’t each be tested.

Instead of this “whack-a-mole approach,” she says, “we’re gonna have to look at PFAS as a class…say that these are not things we want in our food.”

Over the past couple years, Maine, New York, and Washington passed laws prohibiting PFAS starting in 2022, and other states could, too, in the coming months. In Congress, U.S. Representative Debbie Dingell will reintroduce the Keep Food Containers Safe from PFAS Act, according to nonprofit Safer Chemicals, Healthy Families.

President Biden’s campaign vowed to address the toxins as an environmental justice issue by “designating PFAS as a hazardous substance, setting enforceable limits for PFAS in the Safe Drinking Water Act, prioritizing substitutes through procurement, and accelerating toxicity studies and research.” This could happen entirely by means of executive action, without waiting for legislative consent.

Thanks to consumer pressure, companies themselves are phasing out packaging with PFAS. They include Kroger, Albertsons, Trader Joe’s, Whole Foods Market, CAVA, Sweetgreen, Chipotle, Panera Bread, and McDonald’s. The burger giant’s January announcement about switching to PFAS-free alternatives worldwide by 2025 has raised hopes for an industry-wide shift. Packaging producers are already creating such items.

“When the market starts speaking…changes are made,” Birnbaum says. “Sometimes that’s the most effective way because legislation and regulation can take a very long time.” 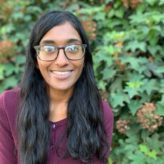