This Fall, Food Tank’s book list has something for everyone. Readers can brush up on food history and learn about the evolution of sushi and fermented foods. They can investigate the destruction caused by the palm oil industry and use their knowledge to make more informed choices at the grocery store. Or they can discover—and be inspired by–women leaders’ journeys in the hospitality industry. As the temperatures cool, grab a cup of tea, a candle, and your favorite blanket, then cozy up with one or more of these great reads. Here are 20 new titles to explore this Fall.

1. A Good Drink: In Pursuit of Sustainable Spirits by Shanna Farrell

Author and San Francisco bartender Shanna Farell wants to change the way people think about the spirits they drink. She works to uncover the environmental damage that results from the production of spirits. Farell also talks to bar owners, distillers, and farmers who are leading the sustainable spirit movement. Together, they make the case that spirits are an important part of the food system and are worthy of the same attention as the food on eaters’ plates.

2. All I Eat Is Medicine: Going Hungry in Mozambique’s AIDS Economy by Ippolytos Kalofonos

All I Eat Is Medicine delves into the response to the AIDS epidemic in Mozambique in the late 1990s and early 2000s. The book chronicles patients’ lives and explains how the AIDS treatment perpetuated social and health inequities. Ippolytos Kalofonos argues for global public health systems to confront the underlying causes of inequities instead of only providing medicine to the ill. In doing so, he explains that hunger, disease, and poverty are interlinked.

3. American Agriculture: From Farm Families to Agribusiness by Mark Wetherington

Mark Wetherington describes the evolution of American farming, beginning with the colonization of North America by Europeans. He walks readers through important trends in agriculture, including the growth of industrialized farming and concluding with pathways that can make farming more sustainable and equitable. As a historian, Wetherington also places agricultural trends within a broader historical context.

4. Beyond Honey by Tierney Monahan

Beyond Honey showcases the indispensable role of bees. Tierney Monahan explains that not only do they provide economic and environmental benefits, but beekeeping, she shows, can also be used for social good as a healing tool to help veterans or incarcerated populations. Beyond Honey’s stories provide a glimpse into the lives of beekeepers and how they impact the world.

5. The Cultural Politics of Food, Taste, and Identity: A Global Perspective edited by Steffan Igor Ayora-Diaz

The Cultural Politics of Food, Taste, and Identity, edited by Steffan Igor Avora-Diaz, looks at the ways social, cultural, and political contexts affect the experience of taste. The book uses global case studies to demonstrate the relationship between taste and identity. It also covers topics including tensions between meat eaters and vegetarians and the ability of foods such as kimchi, quinoa, and Soylent to connect regions.

Paul Minnis focuses on famine foods, which he defines as plants communities consume–or have consumed—to avoid starvation. Through 14 case studies, Minnis looks at the populations who eat these foods, how they use them, and the situations that made them so critical to begin with. In addition to looking at the cultural contexts of famine food use in the past, he also considers how these plants might be important to sustaining life in the future.

7. Fermented Foods: The History and Science of a Microbiological Wonder by Christine Baumgarthuber

Fermented Foods provides a comprehensive look at the world’s fermented foods through a historical and scientific lens. Christine Baumgarthuber covers everything from the origins of Roquefort cheese to the biological theory that saved French wine. She also discusses more obscure ferments including the deadly ferments of Southeast Asia and the cured meats of the Subarctic latitudes. While Baumgarthuber tackles the many fermented foods eaters know today—alcohol, bread, dairy, vegetables, and meat—she also considers what the future of these foods may look like.

Gastro Obscura takes readers around the world, giving them a glimpse of diverse food traditions from all seven continents. Cecily Wong and Dylan Thuras showcase culture, history, travel destinations, and festivals to highlight the essential role food plays in people’s lives and histories. From beer made from fog in Chile to 2,000-year-old egg ovens in Egypt, readers can explore the fascinating stories behind global foodways.

9. Inflamed: Deep Medicine and the Anatomy of Injustice by Raj Patel and Rupa Marya

In Inflamed, author and activist Raj Patel and physician and activist Rupa Marya open readers’ eyes to the relationship between social injustice and health by taking readers on a tour through the body. They illustrate how injustices of political and economic systems affect human health. They also make it clear that the food people eat, the air they breathe, and the environment they inhabit all contribute to inflammation. Patel and Marya ultimately argue for decolonization as a form of medicine and help to define a path forward.

10. In the Struggle: Scholars and the Fight Against Industrial Agribusiness in California by Daniel O’Connell and Scott Peters

In the Struggle compiles the stories of eight scholars who opposed industrial agribusinesses in California from the early 20th century to the present day. Through chapters on water rights and labor organizing, authors Daniel O’Connell and Scott Peters reveal stories of intimidation carried out by opponents attempting to suppress their research. Their book draws the conclusion that land consolidation and economic monopoly are harmful to rural communities.

11. Oishii: The History of Sushi by Eric C. Rath

Eric C. Rath, an expert on Japanese food history, is the author of the first history of sushi in English. He explains that sushi originated as fermented food meant to preserve fish, and, over time, developed into a high-class cuisine. Oishii  traces sushi’s spread from China to Japan to the rest of the world, while incorporating some of his personal experiences with the food. Rath also includes two dozen historical and original recipes that showcase sushi’s variety as well as striking pictures that complement his writing and recipes.

In the United States, tipped workers can make as little as US$2.13 – the federal tipped minimum wage. In her newest book, Saru Jayaraman, author of the bestselling Behind the Kitchen Door, turns her attention to this sub-minimum wage, which hasn’t changed since 1991. Jayaraman examines the marginalized workers who have been left out of the fight for a fair minimum wage and the instability that much of America’s labor force face.

13. Planet Palm: How Palm Oil Ended Up in Everything – and Endangered the World by Jocelyn C. Zuckerman

Planet Palm investigates the harmful social and environmental impacts of the palm oil industry. With a consideration of history, science, politics, and food, the book covers the palm oil revolution, its dependence on stolen land and slave labor, and the ways it has destroyed environments and caused the near extinction of many animals. Author Jocelyn C. Zuckerman hopes to help readers reconsider their choices at the grocery store and examine how their purchases affect the planet.

14. Plenty: a Memoir of Food and Family by Hannah Howard

In her memoir, food writer Hannah Howard travels the world in search of women who hold careers in the male-dominated food industry. During her trips, she looks at how the network of food professionals operates and the driving factors that prompted these women chose their career paths. The narrative is also interlaced with Howard’s own personal challenges with motherhood and obsessions with food, which she confronts with wisdom drawn from the food professionals she meets.

Insect populations are on the decline—a trend that could be catastrophic for the planet. In Silent Earth, Dave Goulson unpacks this crisis, explaining that it is driven by the overuse of pesticides in the food system. Goulson shares his love for insects with readers and calls for changes to policies, agricultural techniques, and industry practices. He also shares actions that anyone, whatever they do, can take to improve the insect world before time runs out.

16. The Secret History of Food: Strange but True Stories About the Origins of Everything We Eat by Matt Siegel

The Secret History of Food takes readers around the globe, exploring the fascinating history of food trends. Author Matt Siegel covers everything from food in fairytales to the role ice cream may have played in the downfall of the Nazi Party. Infused with humor, these stories pull from scientific research, culinary studies, and even myths for an entertaining and informative read.

This interdisciplinary book asks the question: what should soul food look like today? Christopher Carter answers his question by combining history and Christian ethics, reflecting on how people of color can preserve their food cultures while standing against inequality. Carter’s work considers soul food’s role in Black culture and community, but it also addresses the ways racial and economic injustice shape U.S. food policy and the food system more broadly to show how the food system disproportionately harms Black eaters.

18. Toxic Legacy: How the Weedkiller Glyphosate is Destroying Our Health and the Environment by Stephanie Seneff

In Toxic Legacy, Stephanie Seneff exposes the harmful effects of glyphosate, the chemical found in Roundup. Although the chemical industry insists glyphosate is safe, research suggests the product is a threat to human and environmental health. Seneff links glyphosate to a rise in health issues including as infertility, depression, and anxiety, sounding the alarm on the world’s most commonly used weedkiller.

In Viral, scientist Dr. Alina Chan and writer Matt Ridley attempt to identify the mysterious origins of the SARS-CoV-2 virus that caused the COVID-19 pandemic. Their mission is particularly challenging because the virus didn’t leave common traces, such as infected animals, forcing researchers to piece together a viable story. Together Chan and Ridley investigate animal markets, virology laboratories, hidden Chinese records, and the virus’s genetic code, while making the argument that new policies and strategies are essential to prevent a future outbreak. 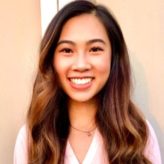 Lexi Luong is a fourth year student at UC Santa Barbara studying Environmental Studies with a concentration in Feminist Studies. She is especially interested in edible insects, environmental law, corporate sustainability, and climate change. In her free time, she enjoys reading, raising mealworms, and going to the beach.