United States Agency for International Development (USAID) Administrator Samantha Power recently announced a new USD$5 billion commitment to Feed the Future (FTF). FTF is the U.S. government’s global hunger and food security initiative. The program boasts a number of successes, but may be less effective than it professes to be.

Since 2012, FTF has provided more than USD$18 billion in aid to 19 partner countries, spread throughout Africa, Asia, Latin America, and the Caribbean.

FTF highlights its impact on child stunting and family nutrition as evidence of its contributions. According to the initiative’s 2019 progress report, it has helped 5 million families escape from hunger and reduced stunting in more than 3 million children globally.

The program’s focus on small-scale farming is the main driver for its success, according to Marc Cohen, a researcher at Oxfam America. “It views agriculture, rural development, and nutrition very broadly and tries to take a holistic perspective,” Cohen tells Food Tank. FTF tries to help partner countries graduate out of the program, citing the “journey to self-reliance” as one of its core tenets.

Despite its achievements, FTF faces criticism for its lack of performance monitoring and focus on short-term gains. Out of 40 program metrics for measuring success, only three had specific targets and were clearly linked to FTF’s overall goal, according to a report published by the Government Accountability Office (GAO) in August 2021.

“FTF has targets for its overarching goal of reducing poverty and child stunting. However, the FTF agencies cannot determine how the results of FTF’s projects contribute to this overall goal,” the report continues.

A 2014 GAO report found that USAID only began conducting “detailed sustainability analysis” on projects in Haiti after spending USD$1.7 billion. Without broader performance monitoring, it is difficult to know whether FTF’s successes will endure once the funding ends. Drawing on his own research, Cohen says that while there are often gains in productivity from FTF investments, “There aren’t always plans for how to sustain those gains once the project ends.”

Short-term success depends on how well the program is integrated into local systems, and is not always predictable. Of FTF’s 19 partner countries, eight saw the prevalence of undernourishment increase from 2015-2019. FTF declined to publish official statistics for 2020, citing the negative impact of COVID-19, but scientists warn undernourishment will only grow as the pandemic ravages local economies.

FTF is mandated to publish a scorecard each year to show partner countries’ progress towards graduation. However, “USAID hasn’t shared that scorecard for the past two years, either with local initiatives or partner agencies,” says Heather Latta, one of the authors of the GAO’s report.

USAID were concerned about publishing statistics in the aftermath of a pandemic, Latta tells Food Tank. But without critical information on their progress, partner countries have no way to tell if they’re making headway.

In addition to the program’s patchy performance monitoring, analysts like Cohen also rail against USAID’s lack of local collaboration.

Cohen highlights the lack of interaction with community members as one of the program’s largest institutional barriers. Although FTF engages with national ministries of agriculture, “there isn’t a lot of interaction with the local officials who are more likely to be involved in what’s going on day-to-day,” Cohen says.

For specific projects, FTF adopts what Cohen calls the “Henry Ford principle.” “You can get a Model T in any color you want as long as that color is black,” he says. In other words, he explains, FTF will offer a particular kind of aid to farmers. If farmers want something different from the program – to grow yams instead of beans and corn, for example – they won’t receive help or guidance. That absence of local engagement and discussion feeds into the instability of the initiative’s gains.

Almost half of USAID’s collaborators in Public-Private Partnerships are non-local, making up more than 70 percent of total investment. To its credit, the agency is trying to improve those statistics. Power recently said that her goal is to provide 25 percent of USAID resources directly to local actors. Nonetheless, international development firms like Chemonics and DAI Global will remain the largest recipients in grants and contracts from USAID for the foreseeable future.

Despite institutional struggles, Cohen is hopeful about the promise of Feed The Future. The program accepted each of the GAO’s recommendations, although it still doesn’t plan to implement broader performance monitoring. In the past, Latta says, FTF has been effective at addressing criticisms.

“It’s better to have FTF and to make improvements around the things we and the GAO have been critical of,” Cohen says. “It could do better, but it’s an important program and we’d like to see improvements made.” 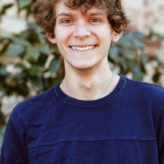 Noah is a senior at the University of North Carolina at Chapel Hill, where he's pursuing a double BA in Environmental Studies and Global Studies. He's a big fan of sustainability, food justice, and foraging, and is thrilled to pursue his passion for storytelling with Food Tank.