While commercial beers, imported spirits, and wines can be found at bars, parties, and even funerals across Ghana, taste for local tipples are gaining momentum—in part driven by patriotic pushing for Ghana-made products.

Temperatures in the West African country usually sit around 26 to 32 degrees Celsius (80 to 90 Fahrenheit), so a chilled beer to cool off isn’t hard to find. The beer market is dominated by three commercially brewed drinks—Club (SABMiller), Star, and Guinness (both Guinness breweries)—but there are a few independent companies popping up offering an alternative, which promote local ingredients and help farmers.

Clement Djameh, owner of Ghana’s only microbrewery, studied at the Weihenstephan brewery in Germany then worked in leading breweries until he set up his own. He uses ingredients native to the land, like sorghum, a grain which replaces barley in his Pilsners and Hefeweizens.

On the repurposed ground floor of a two-story house on the outskirts of Ghana’s capital Accra, Djameh checks his brewing equipment. His Inland Brewery is Ghana’s only microbrewery.

After working for one of Ghana’s commercial breweries for 20 years, he decided to set up shop in 2003, creating a market for sorghum which grows in the north of Ghana.

The crop is already used in brewing traditional beers across the continent, including pito in Ghana.

Djameh studied the crop during his time at Weihenstephan in Germany. He also ran a program for the U.N. Industrial Development Organization looking for industrial uses of sorghum. The aim was to move farmers away from using it as a subsistence crop in Ghana, making a market for them to sell it as a raw material to replace, for example, barley malt, as already happens in a range of Nigerian products.

He took this passion for industrial sorghum for poverty alleviation with him, building his microbrewery around it, “simply because the farmers can benefit from it,” he says.

Djameh sells his beer by the keg on order—for weddings, funerals, and parties usually—and finds he can’t keep up with the demand in Ghana. He’s now working on expanding his operation. With a bit of international media coverage, he’s also been contacted by other beer enthusiasts through the continent wanting help in setting up their own microbreweries.

“When I started in 2003 there were only two microbreweries in South Africa—I was reading an article (then) that depicted it as a fledgling industry, but suddenly now they have almost 300,” he says. “It grew expediently.”

Wherever there is beer in Ghana, chances are there will also be akpeteshie, a local spirit made from sugarcane or palm wine. It’s cheap and strong, around 40-percent alcohol, found all over the nation, from streetside bars to funerals.

It’s also the base of cocktails in one of Accra’s most popular bars, The Republic.

Co-owner Raja Owusu-Ansah says the bar is built on promoting Ghana-made, from the drinks to the fried yam.

The akpeteshie, made in Ghana from Ghana-grown sugarcane, is the base for their range of highly popular cocktails which make a rainbow of colors on a crowded Saturday night.

By far, the most popular cocktail in the bar is the Kokroko, a vibrant pink combination of the akpeteshie, hibiscus flower, and ginger along with other local herbs. The bar has never promoted it, but “people take this drink seriously, with a passion,” Owusu-Ansah says.

A common scene he finds is grown, burly men coming into the bar in the evening, ordering the drink, and—without any small talk—downing the drink then leaving.

It’s just as common to see glasses of the drink in the hands of Accra’s young and hip on the outdoor Republic dance floor on a Saturday night.

Focusing on local ingredients for both the drinks and the foods in his bar is important not only for Owusu-Ansah, but his country.

“The traditional marketplace is heavily reliant on the importation of commodities—products and even services. We’re at a point where everything is imported, literally. The toothpick is imported, so a shift in paradigm will go very well for the economy at large. There is really no need to be importing almost everything from elsewhere, primarily because you possess the capacity to produce it,” he explains. “That’s the ethos and philosophy behind our food and drink.”

It’s a sentiment echoed by Ghana’s government, elected to power a year ago. During his first year in office, President Nana Akufo-Addo has pushed citizens to support Ghana-made, working to also build up the country’s agriculture sector. A key policy is introducing factories in each district of the nation to create jobs and as a way to curb the reliance on imports.

Entrepreneurial company BB Wine Distilleries is producing wine from the cashew apple that might otherwise go to waste. The company is hoping to get government support to expand the project, perhaps becoming one of the factories to fill this government mandate.

He wanted to find a way to use the cashew apple that was being left to rot on cashew farms—echoing the added emphasis in Ghana to add value to raw materials, with an eye on exports.

“I thought we could add value to the apple—even make it much more expensive than the nut,” he says.

From 2014 to 2017, he has trained close to 40 people in processing the apple into fruit juice, neutral alcohol, wine, and beer. He hopes to be able to employ them all in 2018 as he ramps up production.

The wine has found a home in an unlikely place, Boakye says with a laugh.

“We started the wine last year, the only client we have for the wine is the Roman catholic church. They use it for services—the cashew wine is very aromatic.” The wine is used as the Blood of Christ is some Catholic churches in his area, he says.

Boakye wants his cashew wine to go further than those church walls, so he is planning to get investors on board to expand—to roll it out across Ghana and into wine glasses across the globe.

Reiterating the widespread pride and push for Ghana-made being part of the market within the country, as well as further afield, Boakye adds, “we are proud that we are Ghanaian and we have brought something new in the market. We want to bring something from Ghana that the whole world will be chasing for.” 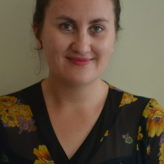 Webinar: The Human Face of Trade and Food Security