William Burke, agricultural economist and consultant for Michigan State University and Africa RISING, is the newest board member at Food Tank. He brings years of research and influence on agricultural economies and policies, including work with small farmers in international development with the Peace Corps. At Michigan State University, he researches household behavior and uses data to explain the impacts of government policy in Zambia and Kenya. At Africa RISING, William works on data collection and analysis of the yield and production potential of small farms in Malawi. Through his work, William hopes to positively influence the livelihoods of impoverished peoples by making relevant contributions to policy debates.

Food Tank spoke with William on agricultural economies and policies, international development, and what he brings to Food Tank. 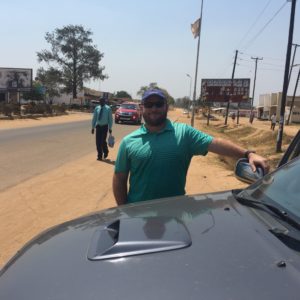 Food Tank (FT): How did you get involved with food system work?

William Burke (WB): Well, my parents weren’t farmers, but I did grow up surrounded by farms in Carroll County Maryland and I started working on Black Rock Orchard before I was old enough to drive. I’d ride my bike the 2.5 miles to work picking blueberries, strawberries, peaches, apples, plums, pears, you name it, and going to farmers markets on weekends. While I was only allowed to work a certain number of hours when school was in session, I thought I was lucky – I felt like I was getting paid to climb around in trees.

As a career path, though, I started studying theater at Washington College and I only double-majored in business as a backup plan. As part of my business coursework I took some economics classes, which led to classes on economics in developing countries. I loved studying theater but, it turned out I loved studying economics more. It had never occurred to me that a person could make a living working in developing countries, and if I’m honest it all seemed very romantic at the time. After college I became an Agriculture and Forestry Volunteer in The Gambia for the Peace Corps, which really changed my perspective. If I thought development was interesting before, those 2 plus years really cemented it for me. Agriculture and the food system generally have been the center of my professional life ever since.

FT: Specifically, what drew you to agricultural economics and policies?

WB: I found the classes on development economics the most interesting, so that’s what I pursued. To paraphrase a Nobel laureate, T.W. Shultz, most of the world’s poor work in agriculture, so to understand the economics of agriculture is to understand most of what’s important. My undergraduate advisor, Lisa Daniels, had earned her degree at Michigan State, as had many of the economists whose work I studied as an undergrad, so that program was my first choice. I applied towards the end of my service and went straight into graduate school after I came home.

FT: How do agricultural economics and policies relate to sustainability and equity in the food system?

WB: First, I need to say that sustainable and equitable are two words that give me pause. Equity may sound great, but it’s neither necessary nor sufficient for the world to be fair or for everyone to be able to live a healthy life. Food can be pretty equally distributed during a famine, but I don’t think that’s an outcome anyone wants. Most recent goals, including the Sustainable Development Goals, are focused on establishing a baseline of food security where everyone has access to enough healthy food. If, given an acceptable baseline, some people can spend more money than others on, say, an Impossible Burger, I have no ethical objections to some degree of inequality – I actually think it’s necessary for innovation in the food system, which brings me to the next point.

If our goal is to have a thriving baseline rather than equity, sustainable is also problematic. To some people, sustainable could mean static or unchanging, and I don’t think that’s what anyone wants from the food system. Food Tank’s mission statement describes the current food system as broken, which I don’t think is something most people would want to sustain. I think what most people really want is a food system that improves the livelihoods of poor farmers while keeping pace with growing populations and changing dietary preferences and using the same or fewer natural resources beyond the foreseeable future. This will require an unprecedentedly dynamic food system. I think terms like sustainable intensification or sustainable growth hit closer to the mark. Semantic nitpicking aside, agricultural economists can play an important role in ensuring policymakers can enable everyone to have access to enough healthy food well beyond the foreseeable future.

In many ways agricultural economics is similar to any other branch of economics – we study the behavior of individuals and firms in the context of incentives, risk, and so on. One key difference is the disproportionate importance of investments in public goods for the growth of an agriculture sector as compared to other segments of an economy. The American path of broader economic growth, for example, would not have been possible without a robust agricultural sector, and that in turn was greatly aided by public spending on agricultural research and extension through land-grant universities, infrastructure, and other investments. A policy environment that supports agriculture and egalitarianism in the food system is as important to economic growth in less developed countries now as it has been for the entire world for centuries.

Another difference between agricultural and other fields of economics is that, while most industries can affect the environment, the agricultural sector is especially affected by the environment. Production functions in the manufacturing of cars or smartphones are primarily rooted in man-made technologies, while production functions in agriculture are disproportionately dependent on weather, climate, soil health, and other parts of the ecosystem. Just think about the importance of bees in pollinating plants or the microbes that determine the availability of soil nutrients. There is also a significant amount of what we call externalities in the food system – both costs and benefits of how and where food is produced and consumed that are borne or enjoyed by parties other than the producers and consumers. In the presence of externalities, socially optimal outcomes are almost never the equilibrium in the absence of well-designed and enforceable rules. So policies and understanding how people will react to them are necessary to develop and maintain a food system in which everyone has access to enough healthy food.

FT: Can you tell us about your work with Africa RISING?

WB: It is a multi-country project, and I encourage anyone interested to visit their website for more information. My role is based in the work being done in Malawi, where we are generating a truly unique dataset that combines information from farm management surveys, soil analysis, detailed and precise productivity measures, weather stations, unmanned aerial vehicles, and satellites that will enable a very rich understanding of yield determinants and the production potential on small farms. For hundreds of fields across the Central and Southern Regions, we’re collecting data from beneath the soil to above the stratosphere. Obviously, I’m very excited, but it is not hyperbole to say this project will help us understand agricultural productivity in the area on a level that has never been possible in human history. We are just getting several years worth of data finalized for analysis, and I’m optimistic that we’ll be able to start sharing results this year, so stay tuned!

FT: What do you see as your role in improving livelihoods and agriculture in Africa?

WB: My job is to generate information that policy makers and the people who influence them can use to make decisions that better accomplish their goals. If any part of those decisions both improves livelihoods in Africa and is attributable to my work, that would be very gratifying but it would be presumptuous to assume that is the case. I have plenty of opinions about how I’d like the food system to function, but if I’m any good at my job, my opinions won’t affect my work. Professionally my goals are to be objective and transparent. Whether I’m successful is not for me to decide.

FT: As a new board member, what are you hoping to bring to Food Tank?

WB: I’ve been a fan of Food Tank since it started, so I’m mostly just thrilled that Bernard Pollack and Danielle Nierenberg nominated me to the board and that the other members voted for me. I think Food Tank’s biggest strength is the broad base of its membership and the inclusiveness it brings to events like the Summits. I hope, through both advising the organization and my own efforts, I’m able to help promote further growth of that base and inclusiveness. 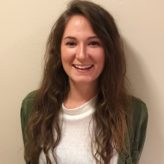 Alaina Spencer is a former Research & Writing Intern at Food Tank. She graduated from the University of Texas at Austin with a degree in Geography and Sustainability. Alaina has worked on farms, as a line cook in the restaurant industry, and for nonprofits completing research and writing regarding food waste and cultural attitudes surrounding the food system. She is currently in graduate school at Marylhurst University where she is expected to receive her M.S. in Food Systems and Society.