There wasn’t a refrigerator to be found to keep the crops fresh.

For Dr. Yetenayet, who studies food science and technology at Jimma University, the damaged food is a pungent reminder of a broken and fragmented food distribution system that contributes mightily to the country’s severe malnutrition problems.

“There is no cold room storage whatsoever,” Dr. Yetenayet said. “The way fruits and vegetables are handled is not up to standard. It leads to lots of spoilage. The food can’t get to people and it’s less nutritious.”

While agricultural production of fruits and vegetables in Africa’s second most populous country has surged in recent decades, millions of Ethiopians are still not eating them. Those suffering the most are the rural poor living beyond the reach of electricity and refrigeration. Most of what they eat are cereal crops; fruits and vegetables are too expensive and are considered a luxury.

Children are hit the hardest by poor-quality diets. At last count, 38 percent of Ethiopian children under five years of age suffer from chronic malnutrition, including growth-limiting stunting.

I recently spent a week traveling across much of Ethiopia chronicling where refrigeration was taking hold—and where there are big gaps. Among the encouraging signs:

· A private solar mini-grid operator began providing electricity last May—and first-ever refrigeration—to 150 village households living on Dek Island in Lake Tana, northwest of Addis Ababa. Tilapia and catfish are now being sold on the mainland more readily, but a byproduct is more local villagers are also eating it, too.

· In rural areas, 100 milk chilling centers are being built to help small farmers sell their fresh milk instead of seeing it go bad—especially ‘evening’ milk—due to lack of refrigeration. Most rural populations cannot afford fresh milk due to inadequate chilling capacity.

Yet the truth remains that most of Ethiopia’s refrigeration capacity is aimed at large commercial agriculture ventures, principally for export products.

Driving south toward the bustling city of Hawassa, the Luna Export Meats slaughterhouse, which exports locally-sourced sheep and lamb to the Middle East, has cold room facilities powered by local electricity.

Further south in the Rift Valley, sprawling strawberry farms and dozens of greenhouses that are growing cut flowers have cold facilities—their products will eventually be sold in Holland and other parts of Europe.

At the Meki Batu Fruit and Vegetable Grower’s Cooperative Union, 152 growers banded together to build a food aggregation center that includes a 10-ton cold storage unit. Their fresh produce is now being delivered in refrigerated trucks to Ethiopian Airlines.

The urgency for scaling these kinds of efforts cannot be understated. With a skyrocketing population in a region that is getting drier and hotter due to climate change, Ethiopia has no time to waste in producing—and preserving—more nutritious food accessible for rich and poor alike.

“These interventions are so vital for the country, but it has to be cost effective and it has to be done quickly,” said Dr. Sintayehu Yigrem, a dairy expert and professor at Hawassa University. 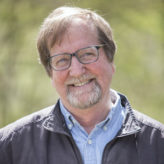