Across the key agricultural states in the Midwestern United States, crop plantings were delayed because of severe weather including heavy rain and flooding. This delay significantly impacts corn and soybean acreage; both crops play a major role in the global agricultural economy and have triggered a spike in commodity prices, indicating the impacts of climate change on food price volatility and potential food insecurity.

Recent severe weather across the Midwest is making headlines in mainstream news and on social media for its impact on agriculture. The most recent USDA Crop Progress Report states that 32 percent of corn plantings have emerged, compared to the 69 percent average over the past three years, while 11 percent of soybean plants had emerged compared to a 35 percent average; the rainfall delays both crop planting and germination time. Environmental activist Bill McKibben tweeted the alarm “Normally, at this point in [the] season 90 percent of America’s corn crop is in the ground. But thanks to endless rain, it’s 58 percent this year. For soybeans, 29 percent planted instead of the usual 66 percent. A hotter planet = more rain and more drought (and horribly stressed farmers).”

As of June 15th, analysts predicted farmers would be forced to file insurance claims on 2.2 million unplanted soybean acres; soybeans are planted as a backup crop for corn which has “failed to reach the halfway [planting] mark by May 19 for the first time on record” according to the U.S. Department of Agriculture (USDA).

All of this rain has caused speculation on the available supply of these crops leading to price spikes. In late May, the Chicago Board of Trade reported escalating prices of corn and soybeans. The U.N. Food and Agriculture Organization (FAO) reported in early June that global food prices rose for the fifth consecutive month in “response to diminishing production prospects in the United States of America… due to widespread flooding and rain.” Corn and soy prices jumped 8.5 percent and 21.4 percent, respectively. By June 17th, corn prices reached a five-year contract high of US$4.64-¼.

The International Food Policy Research Institute has published research finding that climate change causes a decline in global food production and impacts every step of the food chain increasing food prices. Recent NASA imagery shows the impact of this severe weather on cropland and transportation infrastructure using dramatic comparative aerial images of an overflowing Arkansas River and flooding across parts of Iowa, Nebraska, and South Dakota. Weeks of flooding washed out roads and breached levees resulting in millions of dollars of damage. The USDA reported the continental U.S. has just experienced its wettest 12 month period resulting in a “painfully slow 2019 planting pace.”

This is not the end of weather-related troubles: “a cool wet summer and delayed planting could reduce yield potential due to a shortened growing season and increased risk of corn and soybeans not reaching full maturity prior to the first autumn freeze,” reports USDA. The FAO predicts that this current decline will still provide a “relatively comfortable supply level.” This current price spike is not on par with those previously experienced in 2008 and 2010 but emphasizes the impact of the globalized food economy in which severe weather scenarios in one country have impacts felt across the world. 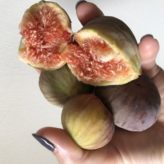 Cara Weber is a Food Tank Intern and an emerging expert in global food and nutrition security and agrarian livelihoods with a focus on the Middle East. She has technical, research, and capacity development experience in agriculture across Palestine, Jordan, Lebanon, Mexico, Ecuador, and the United States. She is interested in radical food system change, local economies, refugee and migration issues, and the future of smallholder farmers.