To empower under-represented farmers in Western North Carolina, address local food insecurity, and reconnect the community to the land, Blue Ridge Women in Agriculture (BRWIA) is advocating for a rejuvenated food system in Appalachia.

BRWIA hopes to connect all types of producers across the region, including farmers, gardeners, and bakers. They aim to use local food to retain a rural identity and support a diversified economy through their network of small-scale farms. BRWIA has multiple initiatives and events to address three main focus areas: building a fair food system for all, informing consumers about a healthy and sustainable food system, and providing resources, networking, and education to producers.

“It’s the connections we are able to facilitate between consumer and producer; between a beginning farmer and an established farmer…it is important to have those spaces where people can come together. That’s the essence of what we do: all of our programs are ways to bring people together,” says Dave Walker, BRWIA’s Development Director.

Western North Carolina has a rich history in sustainable agriculture, explains Walker. “We have some farmers who have been growing organically since [the 1970s], now their kids…are taking over their farms. They learned from their neighbors and people who [have been doing] small-scale farming [for years]. I think that may be something that makes our region unique,” Walker tells Food Tank.

BRWIA’s network spreads across 6 counties in North Carolina—Avery, Caldwell, Mitchell, Watauga, Wilkes, and Yancey—as well as Johnson County, Tennessee. Across these counties, there are on average 472 farms per county with an average of 87 acres per farm. North Carolina has a food insecurity rate of 13.9 percent, higher than the average U.S. rate, and each of these counties reflects a similar food insecurity prevalence rate ranging from 12.1 percent in Mitchell County to 16.8 percent in Watauga County.

Originally, BRWIA organized a farm tour and a few workshops, but as the organization has expanded, it is “more apt to take on challenges and think about the wider implications of its work within the community,” Walker tells Food Tank. BRWIA now oversees a multitude of programs that overlap in how they support the organization’s mission.

Through two farmers’ markets and a food hub, BRWIA is working to open new consumer markets to farmers and gives the community a chance to meet their food producers. Further highlighting local farmers, BRWIA hosts a Farm-to-Plate Dinner series, features female farmer profiles, and gives annual farm tours. The organization also offers a youth education program called “Lettuce Learn,” hoping to instill a connection to the land at a young age. BRWIA empowers new and established farmers by providing an extensive resource handbook encompassing a range of services from business plans to legal advice and serves as the central organization for CRAFT, a local mentoring program. To address food insecurity in the area, BRWIA administers a Double-Up Food Bucks program and partners with F.A.R.M Café, a pay-as-you-go business model, to redistribute excess food to the counties’ underserved communities.

“The way [our organization] is providing markets and services for farmers…[That] is invaluable and isn’t happening a lot of other places,” says Liz Whiteman, BRWIA’s Operations Director. “I think it’s something that needs to happen much more widespread across the country if we’re looking for local food and small-scale agriculture to be any sort of solution.” In the past year, the organization’s food hub provided the space to open the market and farmers have been able to double their sales, with 80 percent going directly into farmers’ pockets, says Whiteman.

Through the food hub, markets, and farm tours, BRWIA aims to highlight local farming efforts. “In order for people to have a stake in farmers’ wellbeing, [people] need to know [them], they need to know where their food is coming from…supporting local and your neighbors is really important,” Whiteman tells Food Tank.

As BRWIA continues to grow, the organization has shifted away from a specific female focus, hoping to reach more of the widespread local agriculture community. “There is a certain assumption about farmers…having women, more people of color, or just more socially disadvantaged people [as the face of farming] is important,” Whiteman tells Food Tank.

The area is working to maintain its identity by connecting farmers with the wider community through local food. “We can talk with our neighbors about…[economic and development] pressures in a way that’s friendly and progressive and that sets aside spaces for food,” Walker tells Food Tank. These discussions often center around the crop diversity of the area. “In the local food movement, when we talk about…what kind of food represents our area…we hold [heirloom vegetables and plants] up as symbols for our region,” Walker tells Food Tank.

Looking ahead, BRWIA aims to “think creatively to make local food truly accessible to people,” Whiteman tells Food Tank. “[The] affordability part is there, but [we] have to figure out how to make it convenient for folks.” 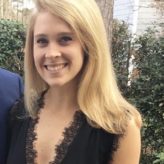 Supporting Organic Farms at the Market and the Bank