After years of complaints by farmers about the harmful effects of the herbicide dicamba, the U.S. Court of Appeals for the 9th Circuit ruled that the sale and use of the pesticide is now illegal.

A weed killer, dicamba has been used for decades to kill weeds before crops were planted. Use of the herbicide skyrocketed in recent years after agribusiness giant Monsanto introduced genetically engineered soybean and cotton seeds that resist the herbicide, according to the Environmental Protection Agency (EPA). And the Center for Biological Diversity says that over 25 million pounds of the dicamba formulas were set to be sprayed again this summer using the now-unlawful pesticide.

Controversy around the herbicide stems from its volatile nature, or its ability to drift from its application site, according to the University of Arkansas’ Division of Agriculture. The EPA reports that in 2017 alone, more than 3.6 million acres of crops were negatively impacted by the spraying of the herbicide In a survey conducted by the Association of American Pesticide Control Officials (AAPCO), 19 states reported nearly 1,400 cases of alleged dicamba injury in 2019, most of them coming from a group of 10 states with the highest soybean acreage.

“As an herbicide that is designed to kill plants, dicamba is extremely toxic not only to weeds, but to a wide range of broadleaf plants, bushes, trees, in both agricultural and non-agricultural landscapes,” attorney for the Center for Food Safety (CFS) Sylvia Wu tells Food Tank.

Since 2017, the National Family Farm Coalition and the Natural Resources Defense Council have argued in court that excessive dicamba application on soybeans and cotton violates the Endangered Species Act (ESA) and the Federal Insecticide, Fungicide, and Rodenticide Act (FIFRA) and should be vacated.

By 2018, farmers had filed more than 4,200 official complaints that alleged damage to at least 4.7 million acres of soybeans from the use of dicamba on Monsanto’s genetically engineered soybean and cotton plants. The following year, 19 states reported nearly 1,400 cases of alleged dicamba injury.

Despite the reported damage, a growers coalition, including the American Farm Bureau Federation (AFBF) and American Soybean Council (ASC), argued that soybean and cotton producers will face financial harm if they cannot use dicamba.

“Immediately banning use of existing stocks of [dicamba] would have financially devastating consequences on America’s soybean growers,” the grower coalition wrote in an amicus brief.

But Wu believes that the current use of dicamba is already costing millions of farmer’s their livelihood.

“The approved over-the-top use of dicamba and resulting dicamba drift has damaged millions of acres of soybean fields and countless acres of damage to other crops such as grapes, tomatoes, tobacco, and fruit and ornamental trees,” Wu tells Food Tank.

EPA Administrator Andrew Wheeler said in a statement that the ban of dicamba “has threatened the global food supply.”  But the National Family Farm Coalition (NFFC) President Jim Goodman, does not believe the ban will make any difference in the food supply.

“We don’t eat cotton. The small percentage of corn and soy that goes into “people food” is mostly in processed food. Canola crushed for oil is used, but losing those things is not getting rid of a major part of the diet,“ Goodman tells Food Tank.

Though approval of the herbicide has been canceled as a result of an appellate court decision, the EPA allowed farmers and pesticide applicators to use the existing stock of dicamba until July 31, 2020.

Wu is disappointed that the EPA extended the use of existing stocks of dicamba that were purchased and sold until July 31, in direct contradiction of the Court’s ruling.

“Unfortunately for many farmers in the thirty-four states where dicamba use was approved, they will likely suffer dicamba drift damage for yet another season,” she said.

Goodman also believes that this extension of dicamba use will lead to further dicamba registration approvals next year.  “There is a real desire by this administration to overturn regulations and it seems the courts generally side with the chemical companies over the interests of the environment or innocent bystanders,” he said.

But Goodman hopes that this ban will ultimately lead to a decrease in farmers utilizing potentially harmful pesticides.

“I believe if there is any hope for regulatory change or support for better farming systems it can only come from a new administration and only if they adopt some of the ideas supported by the Sanders or Warren wing of the Democratic party, like the Green New Deal.” 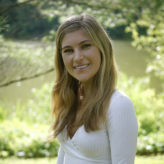 Jennie is a Food Tank intern and a rising senior at Dartmouth College, studying Environmental Policy. Previously, she worked for Senator Kamala Harris, as a Field Team intern, focusing on Environmental and Health Policy consulting. She is particularly interested in sustainable food systems and waste reduction. In her free time, she enjoys baking and listening to Taylor Swift songs