A coalition of over 200 independent fishers and seafood industry groups from the United States is working to increase federal aid for fishing operations impacted by COVID-19.

Led by the Northwest Atlantic Marine Alliance (NAMA), the coalition’s open letter to Congress calls for US$1.5 billion in relief funds for the seafood sector, with 50 percent earmarked for small and mid-sized operations. The letter also cites a need for payroll protection and debt forgiveness, medical care, protective equipment, and food assistance for fishing communities.

U.S. fisheries support 1.7 million jobs and contribute an estimated US$212 billion to the GDP annually, according to a 2018 report from the National Oceanic and Atmospheric Administration (NOAA). Globally, the U.S. is also the second largest seafood consumer following China.

“When the pandemic hit…our operation came grinding to a halt,” says Sean Barett, one of the letter’s signatories. Barett owns Dock-to-Dish, a New York-based seafood company that helps more than 40 small-scale fishers sell their products to individual customers and restaurants in the region.

In the U.S., emergency restrictions on trade, coupled with reduced demand from restaurants and seafood markets, is depreciating fish sales for operations of all sizes according to Seafood Source. Restaurants alone account for two thirds of domestic seafood sales in the U.S., according to NOAA.

Barrett says his company and the fishers he supports are facing major setbacks, since 80 percent of their revenue stream depends on the restaurant industry.  “It’s totally tumultuous and unpredictable,” Barett tells Food Tank. “No one has ever seen or heard of anything like this before.”

For other small-scale operations like the New England Fishmongers, direct sales from home delivery and regional farmers markets are “through the roof,” says co-owner and commercial fisher Tim Rider. “Big supply chains are not a good thing for the community…we saw that highlighted when [COVID-19] started.”

But Rider is weary about future outbreaks and urges the government to invest in coastal communities. “If one of us gets sick, we’re the ones who run the boat,” Rider tells Food Tank. “Infrastructure and money could help a small business like ours to do our job, which is to feed people.”

To pave the way for recovery, the letter to Congress recommends additional investment in regional and local food systems. Many small and mid-sized seafood producers sell directly to consumers in their area but lack adequate shore-side infrastructure, says Brett Tolley, National Program Coordinator for NAMA.

Congress has already taken steps to offset seafood industry losses, including a US$300 million relief package for the sector through the CARES Act. But these measures do not adequately mitigate the losses suffered nor the impacts anticipated in the coming months, according to Barrett and his fellow signatories.

“[COVID-19] is not a one time incident…it’s a long term issue with many months and potentially years of serious impact,” Barrett tells Food Tank. “A one-shot burst of funding is a bandaid over a huge bullet hole.”

“The opportunity at hand is to leverage this momentum,” Tolley tells Food Tank. “The pandemic is shining a brighter light on [community supported fishery] models and how essential our fish harvesters and seafood workers really are.”

Francesca is a Research and Communications Intern with Food Tank. She is also a first-year Masters in Public Health candidate at Cornell University, where her degree focuses on food systems and their interactions with human, animal and environmental health. Francesca particularly enjoys working with farmers and sharing their stories with the public. In her free time, she can be found hiking, watercolor painting, convincing people to compost, and visiting the llama farm outside her hometown in Upstate New York.

Parents in Lebanon Barter on Facebook through Food Crisis 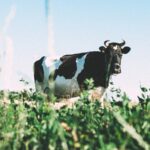