This was the first-ever Collard Week and it was part of a series of events, the 2020-21 Variety Showcase + Winter Vegetable Sagra. Speakers included Michael Twitty, author of The Cooking Gene, Ira Wallace, of Southern Exposure Seed Exchange, Jon Jackson, the founder of Comfort Farms, Amirah Mitchell, of Truelove Seeds, and Ashleigh Shanti, a chef in Asheville, NC. Each day of the event explored the significance and deliciousness of collards.

Collards are a highly nutritious leafy green vegetable that have a significant role in African American history. Chris Smith, Co-Organizer of Collard Week and Executive Director of The Utopian Seed Project, tells Food Tank, “Enslaved people of West Africa readily adopted collards in place of the dark leafy greens they knew from their homeland, and in that way became a food of the African diaspora.”

Smith hopes that Collard Week encourages more people to grow, eat, and talk about collards. Full recordings of the event are available on YouTube.

There are hundreds of varieties of collards. In her talk, Ira Wallace explained that the Georgia Southern or Champion varieties often appear in grocery stores. Less common varieties include Tabitha Dykes, Green Glaze, and North Carolina Yellow. Varieties differ in appearance, heartiness against weather conditions, and sweetness. Recently, the Heirloom Collard Project conducted the 2020 Collard Trial, which tasked more than 200 growers across the United States to produce 20 different varieties of collards. The trial helped growers collect and share data on the strengths of the varieties.

According to Amirah Mitchell, seed saving is the preservation of the genetics of a certain plant variety, but seed keeping is the collection of photos, recipes, family histories, and memories associated with the seed. On day two of Collard Week, Norah Hummel of Seed Savers Exchange and Nicolas Engelbert of SeedLinked discussed the importance of saving the stories of heirloom varieties of collards. For example, the story of the Ole Timey Blue variety of collard is preserved in a letter that the donor, Ralph Blackwell, included when he donated seeds to the Seed Savers Exchange in 1989; The letter details Blackwell’s family’s fondness for this variety and explains the way his mother grew it in the 1930s.

3. Collards were an important crop for enslaved Africans in the U.S., but it’s a myth that collards originated in Africa.

Michael Twitty shared that collards originated in Eurasia, and were brought to Africa by Portuguese settlers. The first Africans brought to Virginia through the slave trade were heavily influenced by the Portuguese and brought seeds, including collard seeds, with them. Enslaved Africans in the U.S. cultivated collards, which, Twitty says, were “superfood powerhouses” that filled nutritional gaps in their diets.

4. Collards taste better when harvested after the first frost.

Jon Jackson said that he waits until after the first frost to try the varieties of collards he grows. Many of the other speakers at Collard Week agreed that collards thrive in cold weather and are sweeter if harvested after a frost. Their cold-weather heartiness and ability to provide nutrition all year round contributes to their cultural significance.

5. Collards can be cooked or eaten raw.

Although there are many ways to prepare collards, cooks often stew them in broth. But in a cooking demonstration, Chef Ashleigh Shanti explained that collards are also delicious when eaten raw. She suggested making a collard salad with chiffonade, or thinly sliced, collards, quick-pickled collard stems, fresh collard dressing, and collard chips. 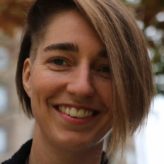 Allison Reser (she/her/hers) is a food lover, outdoor enthusiast, and hater of single-use plastics. With an interdisciplinary B.S. in Ecosystem Science and Sustainability from Colorado State University, Allison’s niche is to bridge the gap between scientific fact and responsible actions that anyone can take to protect our natural resources. Her experience ranges from sustainability consulting in the entertainment industry, to being an Urban Park Ranger in New York City.