Larger businesses like grocery chains, Tesco, now need proof that their products such as soy and palm oil came through a supply chain that complies with local regulations. Failure to comply with these regulations will result in fines. This move comes ahead of the highly anticipated United Nations Global Climate Summit (COP26) that will be hosted in the UK.

In late 2019, Tesco also gathered 150 companies to support the Cerrado region of Brazil, where the company sources 60 percent of its Brazilian soy products.

The global rate of deforestation is estimated to be 10 million hectares per year with approximately 73 percent of tropical deforestation linked to both large-scale and local subsistence farming according to a recent report from the U.N. Food and Agriculture Organization. The report indicates that agricultural expansion is the primary driver of deforestation.

Ruth Chambers of the Greener UK Coalition is calling this ban a positive first step. “A new law is an important part of the solution and is urgently needed. The government’s flagship Environment Bill provides a timely vehicle to progress this,” she said in a statement.

But Dr. Daniel de la Torre Ugarte, a professor of agricultural economics at UT-Knoxville and a member of the Institute for Agriculture and Trade Policy, says that these bans are not as effective as they might seem.

de la Torre Ugarte says that the ban has two main shortfalls. First, he argues it does nothing to address the sale of foods linked to legal deforestation. Second, he argues that it fails to pressure producers to make changes, explaining that producers can easily shift to a different market.

de la Torre Ugarte argues that to shift production practices, “we need to first understand how the commodities are produced.” He hopes that policymakers should begin by accounting for the different needs and abilities of small and large producers.

He explains that large producers grow soybeans and palm in bulk. Their main objective is to expand, increase production, and increase returns.

According to de la Torre Ugarte, these large companies have the resources and power to make their farming practices more sustainable by caring for the land they have already cultivated. Often, however, these producers find it to be cheaper to move their production to a different part of the forest instead of taking the necessary steps to make their practices more sustainable.

Small farmers, on the other hand, are in a much different situation. de la Torre Ugarte explains that many of these farmers lack the resources necessary to invest in sustainable practices. Typically, these farmers manage small patches of land between a half-acre and one-acre large at any time. And after these plots are depleted of resources, the farmers move on to another area of the forest.

In addition, these farmers are often controlled by larger producers of cocoa and coffee, and therefore have little control over production practices. This means, says de la Torre Ugarte, that these farmers have external pressures and cannot afford to be more environmentally conscious.

de la Torre Ugarte explains that due to the extreme poverty that defines life for these small producers, they alone cannot afford to make their practices more sustainable. He indicates that there needs to be a greater emphasis on simplifying the supply chain by banks, larger companies, and the government, and greater investment from the government to allow these practices to become more sustainable.

He argues that financial capital needs to replace natural capital to better care for the land. Products like fertilizer, irrigation and drainage systems, proper seeding and forestry, technology, and market access will all be critical to undoing the destruction of deforestation.

And de la Torre Ugarte tells Food Tank, “The ban is important because it introduces the discussion and education to consumers of the issue, but if we want to make a change we need to identify the big producer issues and the small producer issues and work to resolve them.” 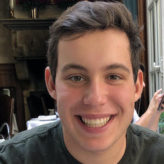