In response to increasing droughts, California’s CoCo San Sustainable Farm is working to find sustainable solutions to irrigate the land and sustain the local community.

As climate change increasingly impacts the agriculture sector’s access to water necessary for sufficient irrigation, CoCo San Sustainable Farm in California is exemplifying responsible and creative resource management. By redesigning conventional irrigation methods, the farm no longer relies on rainfall and snowmelt to ensure a fruitful harvest. The result is a bounty of organic food, which is donated to the local community and has a smaller water footprint than other crops.

Collectively, California grows 13 percent of all produce purchased in the United States, according to the California Department of Food and Agriculture. But the majority of the state is under some degree of drought warning, threatening the water reserves necessary to maintain current crop production. In the mildest cases, early irrigation of farmland is required to mitigate the dry soil and the germination of crops is stunted. In the areas where droughts are most intense, the agriculture sector sees low yields, harmful algae blooms, and high unemployment rates.

“It’s important to keep in mind while the food sector bears the brunt of the water crisis,” Kirsten James, Program Director, Water at Ceres, a nonprofit organization working to build a sustainable future, tells Food Tank, “it also plays an important role in contributing to climate change so it must also be part of the solution.”

To help address this crisis, Carolyn Phinney, founder of CoCo San Sustainable Farm, is working to reduce waste and utilize water creatively. CoCo San Sustainable Farm uses treated wastewater from the neighboring Central Contra Costa Sanitation District plant to grow crops. According to Phinney, the farm is able to prevent between 190 and 760 million liters of water per day from being expelled into nearby Suisun Bay.

“The Greater San Francisco Bay Area threw away about four trillion liters of wastewater that could have been recycled and reused at the height of the California drought,” Phinney tells Food Tank, referring to the five-year drought from 2012 through 2016.

Phinney also says recycled water is better for farmers than rain or potable water because of its high nutrient levels, including nitrogen, phosphorus, and potassium which are vital for plant growth.

But the water also contains contaminants, such as E.Coli bacteria and pharmaceutical residue. Central Contra Costa Sanitation District—and all water sanitation plants—monitors the levels of these impurities closely, to determine they remain low enough and are deemed safe for use on edible crops.

This year, CoCo San Sustainable Farm plans to use recycled wastewater to help grow and donate approximately 230,000 kilograms of fresh produce, which they will share with local food banks and school districts.

“Many of our groundwater basins, including those in key growing areas, are in critical condition. Using treated wastewater is one tool in the tool box to ensure that we are maximizing water resources. However, given the scope of the crisis, farmers must consider all options to reduce their water footprint,” James tells Food Tank. 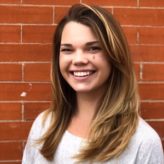 Katelyn Bredsnajder is a freelance researcher and communicator passionate about food justice and climate science. She graduated from the University of Colorado at Boulder with a B.A. in International Affairs and a minor in Spanish. She joins Food Tank from World Resources Institute in Washington, D.C. where she worked on the communications team. Katelyn is now based in Denver, Colorado.

From Farm to Doorstep: The Rise of Digital Farmers Markets