As the 2022 United Nations Climate Change Conference (COP27) approaches, The Carbon Pricing Food Coalition is vying for U.N. member state support of a climate agreement focused on food systems. The coalition is petitioning for signatories for the COP27 Climate Agreement on Food and Farming to help steer countries toward unified climate conscious food goals.

The Coalition created the Agreement after the release of the Intergovernmental Panel on Climate Change’s 2022 report on climate change mitigation. The report states that around one third of GHG emissions are associated with food systems. It advocates for dietary changes and a shift in agricultural practices to help mitigate these emissions.

The COP27 Climate Agreement on Food and Farming mirrors the food related changes proposed in the climate report. Notably, it calls for greater global adoption of plant-based diets.

“In Europe, meat and dairy cause 80 percent of all food related GHG-emissions, so a shift from meat and dairy consumption towards plant-predominant diets can really make the change needed,” Jeroom Remmers, Director of the True Animal Protein Price (TAPP) Coalition, tells Food Tank. The TAPP Coalition is a member of the Carbon Pricing Food Coalition and one of the initiators behind the COP27 Climate Agreement on Food and Farming.

Instead, the Climate Agreement advocates for governments to remove value added tax from vegetables and fruits and put measures in place to educate consumers on the true cost of animal products.

But for food systems to reach their full GHG reducing potential, dietary changes will require complementary changes in the agriculture sector. “The Climate Agreement encourages countries to commit to policies that encourage livestock farmers to shift towards more sustainable methods of raising animals,” explains Remmers. “Various approaches can be deployed, [including] agroecological or regenerative methods such as crop rotation, low-tillage, multi-strata planting, organic farming. But carbon farming or producing methane (bio energy) from manure production are options too.”

The proposed changes encourage livestock systems to shift towards smaller production levels that enable higher quality products raised under better conditions. The goal is to create a sustainable quantity of products that are healthier for consumers as well as the environment and bring in higher monetary return per volume for farmers.

The COP27 Climate Agreement on Food and Farming requires more than signatures to warrant success. The Carbon Pricing Food Coalition notes that “there is a glaring yet under acknowledged gap between climate/environmental commitments by leaders, and tangible solutions that can be realized and measured.” The Climate Agreement’s action items and reporting requirements address this issue by acting as a map and accountability network, guiding participants to GHG emissions reduction goals.

With UN member state backing, the Carbon Pricing Food Coalition says it hopes “to catalyze global action and strengthen support for existing (inter)national food and agriculture related GHG-emission reduction initiatives.” And that by signing the agreement, “these leaders are sending a united signal to step up global ambition and encourage others to match their collective ambition for climate, nature, and people with the scale of the crisis at hand.” 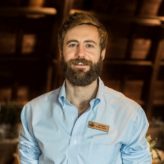 A New Proposal Would Restructure the Food and Drug Administration

AGRA Retreats from its Own 'Green Revolution'