Cultivated since the dawn of agriculture and cited in ancient works of literature. Small in size, yet nourishing to both our bodies and the earth. They are the superfood we need to counter the latest food price crisis, a possible fertilizer shortage in the near future and increasingly erratic weather patterns.

We are talking about the humble bean, of course.

Although chickpeas and lentils are probably the most well-known and commonly consumed beans, many different types and varieties are grown around the world, including cow peas, pigeon peas, Bambara beans, and lupins. Experts call them pulses, because these are all part of the legume family that are harvested for dry grain.

In 2016, the United Nations declared 2016 “International Year of the Pulses” in recognition of their ability to help us achieve the Sustainable Development Goals, subsequently designating and has since designated February 10 as World Pulses Day.

Hearty, delicious and resilient, they are found in almost every corner of the earth, and can grow in even the most difficult conditions. Instead of searching for the next fad diet or waiting for the latest technological breakthrough, this food group already offers a rare triple win in health, nature and our wallets.

Unfortunately, consumption has been declining over the past few years, including in countries like Mexico which is synonymous with delicious bean dishes. This is due to a number of factors including changing dietary habits, perception that beans are a poor man’s food, and low yields.

We need more ordinary consumers to appreciate and eat them.

Why? Because beans are our allies in the fight against the triple crisis of hunger, poverty and climate change.

Beans Are Good for People

Globally, crop yields for staple foods like rice, wheat and corn have been on an upward trajectory since the 1960s. Yet, one in 10 people went to bed hungry in 2021 and nearly half of humanity cannot afford healthy diets.

These numbers have been rising for the past few years and it is unlikely they will be coming down any time soon, given the social and economic fallout from the COVID-19 pandemic and the war in Ukraine.

Beans can play a key role in alleviating both hunger and malnutrition because they are rich in nutrients and protein, and cost a fraction of animal-based protein. Taken as part of a healthy diet, beans can address obesity and prevent and help manage chronic diseases. Not only that, dried or canned beans maintain their health benefits over a long shelf life, preventing food waste.

They are also a source of crucial income and affordable proteins for small scale food producers, who can grow them as cash crops as well as consume them as delicious stews, soups, curries and sweets. Bean by-products can be used as feed for animals too, instead of having to buy these from the market.

Beans Are Good for the Planet

Emissions from food systems, including animal agriculture and food waste and loss, account for nearly a third of manmade greenhouse gas (GHG) emissions. Agriculture is also a primary driver of biodiversity loss. In addition, excessive use of chemical fertilizers has caused multiple adverse impacts on human and environmental health.

In its latest report, the U.N. climate science panel highlighted how a shift to sustainable diets could slash GHG emissions so we can keep global temperature rise to within manageable limits. There are few better options to accelerate this shift than by consuming beans.

Over the past century, the amount of man-made nitrogen compounds in water, soil and the air has doubled, which experts say is mainly a result of rising use of certain synthetic fertilizers. This is “poisoning water bodies, plants, animals and humans, while driving climate change through emissions of the potent greenhouse gas, nitrous oxide,” as per the UN Environment Programme.

Beans, meanwhile, draw atmospheric nitrogen into the soil, keeping it healthy with less need for synthetic nitrogen fertilizers. As concerns grow over the price and availability of fertilizer, it would do well to remember this special quality of beans.

They can also grow in arid lands requiring very little water, another crucial trait at a time of rising temperatures and increased occurrence of drought. Using beans as part of intercropping systems—growing two or more crops in close proximity—not only gives protection against pests but also fosters biodiversity on the farm.

Scientists are using these properties to develop new and improved bean varieties that can mature early, have high levels of iron and zinc, and are tolerant to droughts, pests, and diseases.

Beans Are Good Food for All

It is time we stop chasing after the latest superfood and instead focus our attention on neglected underutilized species, such as beans—in both production and consumption—which already have the power to help us beat the menace of hunger, poverty and climate change.

In November 2022, the SDG2 Advocacy Hub will launch Beans is How—a new campaign that aims to double global bean consumption (as well as peas, pulses, lentils and legumes) by 2028. The campaign will engage key audiences across food systems and beyond to champion beans in their work: the farmers who grow them, scientists who study them, companies who sell them, chefs who serve them, and people who consume them.

Everyone, everywhere has a role to play in elevating beans to their rightful place. Efforts should prioritize public awareness and access to beans in order to support and incentivize their increased production and consumption. This coupled with better data and more investment in research on nutrient-dense and climate-smart species and varieties will enable us to fully leverage the power of beans.

We hope you will join us. 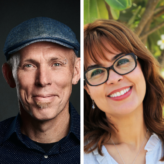 Dr. Ismahane Elouafi is Chief Scientist of the Food and Agriculture Organization (FAO) of the United Nations, and part of FAO’s core leadership structure. With nearly two decades of experience in agricultural research and development in Asia, Africa and the Middle East, Ms Elouafi is a strong advocate for diversifying into neglected and underutilized crops. She is also internationally known for her work on promoting use of non-fresh water in agriculture and empowerment of women in science. Ms Elouafi Ms. Elouafi has been a member of various strategy expert panels and advisory groups. Her contributions to science and policy have been recognized with a number of prestigious awards and accolades, in particular the Excellence in Science Award from the Global Thinkers Forum. Dr. Elouafi holds a Ph.D. in Genetics.