By offering support and knowledge to Indigenous communities, the organization K’allam’p is working to inspire resilient food systems while strengthening the sovereignty of the Andean people of Ecuador.

K’allam’p (pronounced ka-jahm-pah) aims to promote regenerative, holistic land management as well as generally bolster the well-being of Indigenous and local communities. To do this, they provide scholarships for educational development, site-specific research and innovation, and consultancy and training, among other services.

In recent years, they have helped the Indigenous members of the Arrayanes community create communal farms that simultaneously serve as learning centers. They have also funded school supplies, transportation, farming equipment, and other needs for the Andean people.

The word “K’allam’p” translates to fungi, mushroom, and the vast network below ground that gives rise to a fruiting body above ground. According to Indigenous thought, the growth of the mushroom often signifies “new beginnings,” President and Co-Founder Katharhy F. tells Food Tank. This regeneration represents the organization’s work. “We are catalyzers,” he says. “We try to catalyze ideas, concepts…conversations.”

As part of their latest project, K’allam’p has partnered with a farmer who owns 25 acres in Ecuador. The land will be used in part to grow medicinal plants for medical providers in the area, enhancing the sovereignty of Indigenous healthcare and education. “We want this farm to not only be a production of crops, but a production of knowledge,” Katharhy F. tells Food Tank.

Additionally, the organization will help the farmer adopt a system modeled after key pillars of regenerative management. Changes include diversifying the farm with cover crops or reducing tillage.

According to Katharhy F., sustainable farming practices can produce cost-savings as farmers reduce unintended consequences such as nutrient runoff. He also argues that farm profitability increases with the enhancement of natural capital. This refers to the restoration of ecosystem services, such as fertilization, germination, and pest control provided by pollinators and other beneficial insect populations.

The social pillar acknowledges the ways farmers, workers, and the surrounding community interact with one another and the farm. K’allam’p looks at the sharing and transferring of cultural and historical values that shape people’s attitudes toward the land. A systems-level attitude that honors the complexity of the soil and recognizes the connection between humans and nature underpins regenerative land management, Katharhy F. believes.

And a return of inspiration refers to the beginning, young, and family farmers who maintain hope that “what they are doing can be scalable,” he says. This is where he likes to begin his work with others, asking farmers what motivates them to be a farmer in the first place.

Ultimately regenerative agriculture “is human-based, soil-based—and is still struggle-based,” Katharhy F. tells Food Tank, referencing the low funding, labor shortages, and under-appreciation plaguing farmers everywhere. The notion of struggle is important to the work of K’allam’p. “We draw a lot of our inspiration from trauma,” he says. This trauma stems from a history that has left Indigenous communities vastly under-resourced.

But viewing trauma as “a negative consequence or as an oppressive issue” facilitates the “savior mentality” underlying the imposition of a Westernized worldview, Katharhy F. adds. This leads to the spread of modern agricultural ideas and certain metrics of success across Indigenous communities. The result is victimhood in the developing world which detracts from local communities’ autonomy, he asserts.

K’allam’p seeks to give support to the sovereignty of the Indigenous people. The organization believes that doing so can help them thrive in their current place, preventing migration from the land.

The goal of K’allam’p is to spread its regenerative framework, and the sovereignty that follows, not only across the Andes region but eventually within other countries.

Katharhy F., who currently teaches in New York, says he would like to apply the lessons he has learned from working in the Andes to the United States someday.

“Farming is a common language,” he tells Food Tank. Everyone eats, which means a diverse range of stakeholders, from producers to businesspeople, lawyers, and activists, have a part in promoting more sustainable food production, he explains.

K’allam’p has no outside funding, and the scientists, doctors, and technologists who lead the organization volunteer their time. “We are doing this just because we are citizens of this planet,” Katharhy F. says. “We don’t have money—we just have the will. And where there’s the will, I find a way.” 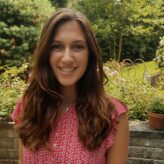