Mark Wilkins, Curator of Maritime History at the Calvert Marine Museum tells Food Tank, “Oysters are not just food, they’re the filtration system for the bay.” As filter feeders, oysters help remove nutrients from the Bay and keep harmful algae blooms in check, ultimately reducing the potential for dead zones and fish kills.

The Chesapeake region’s native oysters, Crassotrea virginica, were once so abundant that ships had difficulty navigating through the waters of the Bay. In 1701, Swiss traveler Francis Louis Michel visited the Chesapeake and reported, “The abundance of oysters is incredible. There are whole banks of them so that the ships must avoid them. They surpass those in England by far in size, indeed, they are four times as large.”

Before and during colonial times, the millions of oysters’ filter feeding each day resulted in the weekly filtration of the entire Chesapeake Bay. Current oyster populations are estimated to be less than 0.3 percent of what they were then. According to The Chesapeake Bay Foundation, this is the result of stressors in the Bay including overharvesting due to high demand, more efficient equipment, development of cities, agricultural runoff, disease, and the shell deficit, which decreases oyster habitat.

To address these challenges, the St. Mary’s River Watershed Association’s (SMRWA) ongoing study, in partnership with the Maryland Department of Natural Resources, focuses on spatfall, or oyster recruitment, in the St. Mary’s River. The intention is to “determine where the best spatfall occurs, in order to inform decision-makers (government, industry, public, etc.) in determining where substrate plantings should be located. In this way, industry can maximize investment and future harvest.”

The two main practices for oyster restoration in the St. Mary’s River are replenishment programs and sanctuary or reserve designation. Many nonprofit groups, including local waterman’s associations like the Oyster Recovery Partnership, Talbot Watermen Association, and the Chesapeake Bay Foundation participate in replenishment programs that serve to create oyster habitat. Bob Lewis, Executive Director of SMRWA, tells Food Tank, “If you take the shells out of the bay all the time there is no hard substrate left. And oysters have to grow on hard substrate.”

SMRWA works within the St. Mary’s River shellfish sanctuary to build oyster reefs made of concrete reef balls, oyster shells, and concrete rubble. In the past year alone, they have introduced 374 reef balls into the river and planted 3.6 million oysters. By laying the foundation for oyster recruitment, SMRWA is fighting for future oyster success. “If you have an environmental disaster where everything dies, you still have a hard surface. You still have the reef and oysters will recruit again, ” says Lewis.

In 2014, government representatives from the entire watershed signed the Chesapeake Bay Agreement which sets 2025 as the deadline to achieve its goals. By signing the agreement, West Virginia, New York, Delaware, Maryland, Virginia, Washington, D.C., and Pennsylvania committed to achieving goals fitting within the themes of abundant life, clean water, climate change, land conservation, and community engagement.

The agreement calls for state and federal partners to “continually increase finfish and shellfish habitat and water quality benefits from restored oyster populations and restore native oyster habitat and populations in 10 tributaries by 2025 and ensure their protection.” The St. Mary’s River was targeted as one of the ten tributaries for restoration due to its sanctuary status and historical, physical, and biological characteristics which the Army Corps of Engineers deemed suitable to support large-scale oyster restoration.

A healthy fishery is an indicator of a healthy Chesapeake Bay. Currently, Lewis tells Food Tank, “harvest is about five fold now what it was in 2010.” But Wilkins argues that the Chesapeake’s oysters have a difficult road ahead, and so do those who rely on a healthy oyster fishery for their livelihood. “It’s a way of life that has diminished from what it once was,” says Wilkins. “You can’t just be a waterman anymore because you’re going to starve.”

A report from the Chesapeake Bay Program indicates that surface water temperatures have been rising 0.3° C per decade since the 1960’s. And the report outlines that sea level rise in the Bay is consistently recorded at an average of 3.5 millimeters per year. Changes in water temperature and sea level can lead to increased algae blooms, changes in dissolved oxygen levels, and pathogen growth. “Climate change is going to radically change our planet and we’re not going to be able to stop that. Certainly in the Chesapeake Bay, we’re not prepared at all,” Lewis tells Food Tank. 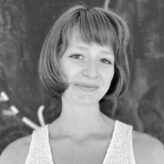 Madeleine Beller is a Research and Writing Intern at Food Tank. She has a passion for all things food – not just cooking and eating, but access, security, and sovereignty. Her experiences studying oenology in South Africa, managing a kitchen in DC, getting dirty in the garden, and working in non-profit Environmental Sustainability and Food Security have given her the opportunity to cultivate a meaningful relationship with food and agriculture. With degrees in Environmental Studies and Philosophy, Madeleine enjoys connecting with and understanding the world around her.