In a full-length documentary, Under Contract: Farmers and the Fine Print exposes the hardships poultry farmers face when signing contracts with large, vertically integrated companies such as Tyson. Under Contract takes audiences across Southern America to Southern India—where contract farming is becoming the new standard—and tells the story of how power in modern agriculture is shifting.

According to the National Chicken Council, in the United States, approximately 25,000 farms produce 50 billion pounds of chicken each year, which is US$30 billion dollars’ worth of meat. Despite continual increases in the market, the Rural Advancement Foundation International (RAFI) reports that family-operated farms do not see these profits.

Approximately 97 percent of the chicken produced in the U.S. is raised by family-operated farms under contract with large corporations. Today, most contracts are production contracts, which means that companies own the animals, but contract the job of raising them out to an independent farmer. Contracts typically require farmers to take out large loans to pay for required operational upgrades, such as confined animal feeding operations, mechanized animal housing, and manure management feedings. Contracts have evolved into complex clauses and exploitative payment mechanisms that keep company costs low and allow most benefits and security to funnel back to the corporation.

Filmmaker Marcello Cappellazzi says the best analogy is from Craig Watts, a farmer in Fairmont, North Carolina, who said, “In an honest competition you’re starting the race at the same point. In the [farming] tournament system, if the company does something wrong, it’s like you’re starting that race 10 yards behind everyone else.”

Filmmakers Cappellazzi and Sally Lee teamed with RAFI to produce this documentary with the intent that current contract farmers will learn about other farmers’ experiences. The filmmakers hope that inquiring farmers will avoid the challenges faced by contract agriculture and that the public, policymakers, and industry representatives will listen to the stories and work with farmers to make positive change.

“It’s more than a story about chicken farmers in the southeastern United States,” Cappellazzi says. “It’s about a transition in agriculture, in which farmers are losing power to corporations.”

Following its February 1, 2017, premiere in New York City, Under Contract: Farmers and the Fine Print is now available to rent or purchase online through Vimeo. All proceeds from this film support farmers in financial crisis and assist farmers under contract. 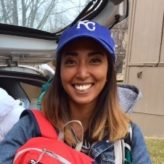 Emilene Sivagnanam is Research and Writing Intern at Food Tank. She received her M.A. in Climate and Society from Columbia University and received her B.S. in Earth Sciences from Oregon State University.  Emilene is interested in the complex relationship between climate change, food security, and agricultural development. From her travels around the world, she became particularly interested in Southeast Asia and the impacts climate change is bringing to smallholder farmers in this region.  In addition to writing for Food Tank, Emilene is an intern for NASA DEVELOP, where she is building her geospatial analysis skills in order to technically evaluate environmental changes.

Brad McNamara on Working to Connect the Next Generation of Farmers

Jessica Fanzo Calls for More Accountability Across the Food System