Home » Sustainable Agriculture » The Bitter and Sweet: Dispatch from the 2018 World Cocoa Conference

“Too many cocoa farmers are still living in poverty. Deforestation, child labour, gender inequality, human rights violations and many other challenges are a daily reality in many cocoa regions. We affirm the cocoa sector will not be sustainable if farmers are not able to earn a living income.” This is the starting text of the new Berlin Declaration, the culmination of the discussion from the 4th World Cocoa Conference, a biannual event organized by the International Cocoa Organization (ICCO) that explores the most important issues in cocoa and chocolate.

Last week, more than 1,500 farmers, researchers, government representatives, chocolate makers and manufacturers, and civil society groups involved in the cocoa industry gathered in Berlin for the first time since the devastating price decline in cocoa when global commodity prices for the crop plummeted by over 30 percent, devastating the smallholder farmers who grow the majority of the world’s cocoa. “The definition of sustainability,” explained ICCO Executive Director Jean-Marc Anga, “is that all stakeholders should be able to make a decent living.”

But they can’t—and the problem isn’t new. Back in 2012, during the 2nd World Cocoa Conference in Amsterdam, Dr. Anga shared a PowerPoint slide on how value is distributed across the global cocoa economy. This year, he shared a slide with a similar (meager) apportionment: Within a US$100 billion confectionary industry, roughly US$6 billion is paid to farmers—a figure Dr. Anga contrasted with the US$15 billion distributed to governments as Value Added Taxes (VAT). The implications are staggering: more money goes toward paying taxes on cocoa and chocolate than to the farmers who spend years sustaining the crop.

Ninety percent of cocoa is grown by subsistence farmers working on modest plots of land, the majority of whom live in West Africa and, according to a new report from Fairtrade International, earn less than US$1 a day. As senior advisor Carla Veldhuyzen van Zanten explained, more than half of cocoa households live below the extreme poverty line.

This poverty underpins the greatest challenges in the sector, and is why Dr. Anga, as well as the participants of the pre-conference civil society organized by the VOICE Network (a group of nonprofit organizations and trade unions working on sustainability in cocoa) prioritized the need for a living income for cocoa farmers. Antonie Fountain, the managing director of the Network, summarized, “If poverty is the key issue, then it should be a priority to solve it.”

What will this take? Patrick Esapa Enyong, president of the Southwest Farmers Cooperative Union of Cameroon, explained during the conference track focused on sustainable production, prosperous farmers, and thriving communities that it starts with professionalization. Farmers need sustained access to land and credit, education and technology, as well as improved planting materials and technical support so they can advance agricultural practices and diversify what they grow. But, fundamentally, they need equity. This was echoed by additional speakers and through participant discussions and written commentary: “We must engage with farmers as equal partners,” one wrote—not the “weakest link,” but decisionmakers who are fundamental to the cocoa industry.

The current inequity and income disparity is why farmers are leaving cocoa in favor of other crops and small-scale mining. “Farmers bear the risks of a volatile price,” the 2018 Cocoa Barometer report from the VOICE Network (released to coincide with the conference) states, “and there is no concerted effort by industry or governments to alleviate even a part of the burden of this income shock.”

Doing so will require a number of steps. First and foremost, as Annemarie Matthess, agricultural economist and program director for the German sustainable development organization, GIZ, stressed, it must include an increase in the farmgate prices paid to cocoa farmers (and an increase in payments made to those who work on cocoa farms), as well as a focus on sustained, living incomes as a priority and key performance indicator across the sector. But changes also have to come from the governments of producing countries. Ivory Coast, Ghana, Indonesia, and Ecuador produce 75 percent of the world’s cocoa. They should be able to work together, Dr. Anga explained, to support the “people without whom we would not have chocolate.”

The Cocoa Barometer states that in countries where cocoa is grown, “there is a gap between the claims and actual delivered services. For example, the Ghana [Cocoa Board] has been shaken by corruption scandals in the last years, where millions of dollars of public funds have been diverted. Transparency and accountability are needed around public spending and support … for cocoa farmers.”

This transparency and accountability, of course, has to also extend to consuming countries, manufacturers, and other members of the industry. This includes taking a hard look at the mechanisms already in place. For example, anti-trust laws that are supposed to keep companies from engaging in price collusion have become the fallback reason manufacturers aren’t paying higher prices. But this can change; chocolate companies and others in the supply chain can devise a plan to pay premiums—especially when the cost of cocoa input plummets, as it did in 2016. (It’s important to note the prices for our chocolates and candy bars remained steady.) Speculation on the futures market (that contributes to price volatility) also has to be addressed. And certifications have to be strengthened; they have not succeeded in measurably improving the lives of farmers.

These are just a few of the issues covered at the World Cocoa Conference—and it is a lot of information to take in. But a key takeaway for all chocolate lovers is that we have a critical role to play in ensuring that the joy and deliciousness that comes from chocolate is not borne out of environmental degradation and human suffering. Every major chocolate manufacturer has committed to some degree of sustainability in how they source cocoa. But this term means different things to different entities. As Antonie Fountain reminds us, “Cocoa farming will not be sustainable until it can provide a living income to farmers.”

Learn how companies define sustainability—and what they support. Understand their impacts. Celebrate solid efforts and encourage them to do more. The cocoa industry can thrive if consumers show suppliers that they are paying attention—and care. 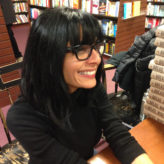 Simran Sethi is a fellow at the Institute for Food and Development Policy and the author of the award-winning book Bread, Wine, Chocolate: The Slow Loss of Foods We Love. She is a journalist whose work on chocolate has appeared in publications ranging from Smithsonian to Forbes, and the host and creator of The Slow Melt chocolate podcast, named best food podcast of 2017 by Saveur. Find her on Twitter and Instagram @simransethi.