A half-century ago, cover crops and small grains like barley and oats were a common sight on Midwest farms. And for good reason: they provide a myriad of benefits, including reducing erosion and runoff by keeping the soil covered in the winter, improving water filtration, and increasing soil fertility and yields.

But those days are long gone. With the rise of confined animal feeding operations (CAFOs) and gasoline-powered tractors, both livestock and horses—and the oats, cereals and barley that sustained them—have largely disappeared from Midwest farms. Fields are now covered with corn and soybeans as far as the eye can see. Just under 180 million acres are being cultivated for these two mega crops nationwide, an area larger than four New Englands or four Floridas. Used mostly for feeding animals, for ethanol and for exports—only a tiny percentage is for domestic direct food consumption—U.S. corn and soybean yields generated an eye-popping US$92 billion in production value in 2016.

Despite these impressive numbers, long-term environmental concerns about corn and soybean-based monocultures are mounting. A growing number of major food companies are starting to push for more sustainable farming practices in the Midwest, with a bigger focus on re-introducing cover crops and small grains that can improve soil health and reduce pollution.

The shift is long overdue. Soil erosion, intensive fertilizer use and massive nutrient runoff that have caused New Jersey-sized hypoxic “Dead Zones” in the Gulf of Mexico are just a few of negatives from Midwest corn and soybean production. Adding small grains and cover crops to the traditional corn/soy rotation brings in critical nutrients that crops need without needing to add extra fertilizer. These cover crops also keep the soil covered in winter, reducing soil erosion and fertilizer-laden runoff. According to Iowa’s Nutrient Reduction Strategy, cover crops reduce nitrate loadings into waterways by 28 percent and phosphorous by 50 percent.

The agriculture community and policymakers have long been aware of these concerns, but the political will to tackle them has been lacking—especially at the federal level. One of the biggest stumbling blocks is the federal crop insurance program, which effectively discourages cover crop practices due to restrictive rules around cover crop management and other barriers. Federal R&D spending is also heavily biased towards corn and soybean research.

But private sector-led efforts are starting to push the needle back towards cover crops, with much of the activity happening in Iowa, the nation’s epicenter for corn and soybeans.

Unilever, which uses large amounts of soy oil in Hellman’s mayonnaise, is partnering with Practical Farmers of Iowa (PFI) to encourage soy farmers to use more cover crops. Last year, about 170 farmers with more than 26,000 acres under cultivation participated in PFI’s cover crop program. PepsiCo and Cargill are offering a US$10 per acre cost share for corn growers who use cover crops on 10 percent of their acreage. And in October, as a part of the Ceres/World Wildlife Fund AgWater Challenge, Target announced a collaboration with PFI and the Sustainable Food Lab to develop new markets for small grains and cover crops grown in rotation with corn and soybeans.

But these are still baby steps. At last count, cover crops were being grown on about 10 million acres, only 2.5 percent of America’s cropland. Bigger, broader incentives will be needed for cover crops and small grains to gain far wider use.

Food and meat companies, in particular, can play a key role since they are the major users of corn and soy. They can send stronger signals to the farmers they buy from to “keep it covered” by setting time-bound cover-cropping acreage goals for their supply chains. They can also provide financial incentives —ranging from price premiums to creative financing mechanisms like cost-share agreements, interest rate reductions and extended contracts —to farmers who adopt these practices.

The meat and dairy sector, which uses nearly half of all U.S. corn production to feed livestock, has an especially critical role to play in developing new markets for animal feed that include small grains. They are uniquely positioned to create the market pull needed to achieve significant changes in farming practices.

The bottom line? Precious water and soil resources in the Midwest are still not getting the long-term protections they need. While the renewed interest in cover crops and small grains is encouraging, their revival is still more a sprout than a fully-grown plant. Far bigger actions will be needed to transform farming practices all across the Corn Belt.

Photo courtesy of the U.S. Department of Agriculture. 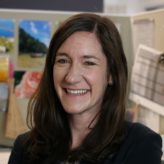 Eliza Roberts is Senior Manager for Water at Ceres. Ceres is a sustainability nonprofit organization working with the most influential investors and companies to build leadership and drive solutions throughout the economy.

Accelerating Entrepreneurship in the Food System