The United Nations marked February 11th as the International Day of Women and Girls in Science—an opportunity to celebrate women and girls in their pursuit of a discipline long dominated by men.

While a growing number of women enroll in universities every year, women currently only make up 30 percent of the world’s researchers. At the doctoral level, the number of female graduates drops significantly.

However, despite the statistics, countless women are breaking new ground in the sciences. In the field of integrated pest management (IPM), women are thriving on the farm, in the lab, and elsewhere, using sustainable technologies against some of the world’s greatest crop threats.

For this year’s International Day of Women and Girls in Science, eight women who collaborate with the Feed the Future Innovation Lab for Integrated Pest Management reflect on their own contributions to food security and the vital role women play in science around the world.

1. Mafruha Afroz is a senior scientific officer in plant pathology at the Bangladesh Agricultural Research Institute.

“Increased female participation in science is key to tackling global challenges like climate change, not least because it contributes to a better understanding of the impacts of climate change on various communities and develops a more effective and sustainable response to the climate threat. Women are half of humankind — it’s essential that we play our full part in imagining and shaping the future, and bringing it into reality through science. And also, knowing how the world works is empowering and far too much fun to leave to the boys,” says Afroz.

“As a social scientist and human geographer, I lead gender assessments and research to identify gender-based obstacles and opportunities that intersect with the technical objectives of IPM projects. To me, the question is not why should women be involved in science, but what is lost when a group of people is not involved in science or any enterprise? Women bring perspectives that are unique, based on their lived experiences,” says Christie.

3. Bimala Rai Colavito is a photographer, videographer, and communications volunteer for iDE in Nepal.

“One contribution that is important to me is helping our team provide emergency help to our field sites outside Kathmandu just after the 2015 Nepal earthquake. I took a photo of a family who lost their house and were living in one of the program’s plastic tomato greenhouses, a photo that was later used by National Geographic. I now visit the woman from the photo and try to highlight the important work she is doing, for example, testing pheromone lures, biopesticides, and netting to control tomato pests.”

4. Seerjana Maharjan is a doctoral student at Tribhuvan Univeristy in Nepal.

“I am from a society in Nepal where people still think women can only do household work. But I am a mother, housewife, researcher, and student. Women’s involvement in science increases financial independence and understanding of the modern world. My research is on Parthenium hysterophorus, an invasive species in Nepal. It spreads rapidly, reducing crop productivity, forage production, and cattle health. The research will be very useful in management of this weed, which will ultimately help increase crop production,” says Maharjan.

“I train farmers on how to recognize and manage pests and diseases of crops like tomato, cabbage, kale, and French beans using an IPM approach and connecting farmers to markets. This has led to more yields and better quality vegetables that procure more money. Apart from domestic consumption, the money from the vegetables is used to buy other food items, increasing food security. Involving women and girls in science would unlock the potential of half the world’s population,” says Mbaka.

6. Anju Poudel is a doctoral student at Tribhuvan University in Nepal.

“With the International Day of Women and Girls in Science, I am reminded of women like Madam Curie and Ada E. Yonath who broke stereotypes that often hold women back. Currently, I am working on an invasive weed and am attempting to inform local people of its negative effects. I analyze how the weed functions along the elevation gradient, assess its impact on vegetation, and predict its potential disruption according to climate change. This will help in making effective control programs in the future,” says Poudel.

7. Mossammat Shamsunnahar is a principal scientific officer in plant pathology at the Bangladesh Agricultural Research Center.

“We’ve developed many technologies women can be involved in regardless of educational background, economic condition, and social status. One of the technologies is Trichoderma, a naturally occurring fungus that protects plants from disease. Women produce it in their households, prepare it as compost, and either sell it or use it in their fields. Our commercial producer is a woman and she employs dozens of other women. Therefore, it is truly necessary that women are involved in science for national development alone,” says Shamsunnahar.

8. Kim Hian Seng is a project coordinator for iDE in Cambodia.

“There is a high percentage of crop yield loss due to pests and disease in Cambodia. I use a combination of practices including healthy seedling practice, land preparation, and pest and disease monitoring and identification to ensure that pesticides are a last resort. While Cambodia has made progress in supporting the women’s education, the percentage of women participating in higher education is still lower than men. Women are often encouraged to do something that requires less travel so they can take care of the family,” says Seng. 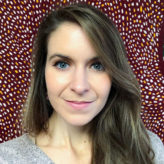 Sara Hendery is a Communications Coordinator for the USAID-funded Feed the Future Innovation Lab for Integrated Pest Management and the Center for International Research, Education, and Development, both housed at Virginia Tech. Hendery earned a BFA in English and Creative Writing from UNC Wilmington and an MFA in Nonfiction Writing from Columbia College Chicago.