After dropping out of the presidential race, Senator Cory Booker (D-NJ) is still supporting ambitious policies—including proposing legislation that may shake-up factory farming and provide a fair living to family-led farms.

The Farm System Reform Act (FSRA) places a moratorium on new and expanding concentrated animal feeding operations (CAFOs), meaning that only currently active operations could continue during a cessation period. By January 1, 2040, the Bill describes a full stop of large CAFOs operations.

The FSRA includes a US$100-billion transitional buyout and debt forgiveness program for these farmers who shift to alternative and sustainable agriculture activities.

Industry mergers are accused of diminishing the number of meat and dairy production facilities in the United States, as well as the inverse “skyrocketing” amount of animals being raised, says Rebecca Wolf, senior organizer of Food and Water Watch’s Factory Farm Team.

The Bill is meant to strengthen the Packers and Stockyards Act. Booker hopes to eliminate “monopolistic practices of multinational meatpackers and corporate integrators,” describes a press release from Booker’s office.

“These market reforms will redirect our agricultural policy to favor small and independent farms in order to make it possible for them to compete,” Wolf tells Food Tank.

Rural employment rates and income steadily decline as small- and medium-sized farms increasingly close due to CAFOs. This isn’t happening in areas of chance, Wolf tells Food Tank. Factory farms concentrate in low-income areas, in communities of color, or in other areas with little resources to resist these facilities.

FSRA has not made its way to the Senate floor, but it may mark a major shift in American agriculture.

“Transitioning away from factory farming will encourage diversified and regenerative farms,” Wolf explains. “[It] will incentivize the return of animals to pasture which will lessen the impacts of concentrated air and water pollution of factory farms.” 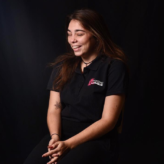 Jacqueline Covey is an intern with Food Tank. She recently received her master’s in agriculture and food law and policy at Vermont Law School. She has a passion for providing the public with information and stories on agriculture. She is a career journalist in rural communities and loves stories from the field.

Opinion | A Food Support System for Venezuelan Refugees in Colombia