A recent report from One Fair Wage finds that tipped service workers are more vulnerable during the pandemic. According to the report, “Take your mask off so I know how much to tip you,” 80 percent of service workers are seeing a decline in tips, and more than 40 percent say they are experiencing an increase in sexual harassment from customers.

“Hundreds of women submitted comments saying that male customers asked them to remove their masks in order to judge their looks and their tips on that basis.” Saru Jayaraman, President, and Founder of One Fair Wage tells Food Tank. “That made restaurant workers the only essential workers asked to remove their protective gear to earn their income.”

In these areas, state labor laws allow restaurants to pay workers below minimum wage, so long as tips bring their total compensation up to at least the full minimum wage. As a result, when customers demand that workers remove their protective gear, many workers feel forced to comply with the demand and further risk exposure to the virus.

In September, the Centers for Disease Control and Prevention published a report that found adults who tested positive for COVID-19 were twice as likely to have recently dined at a restaurant than virus-free adults, naming restaurants high-risk environments.

Minimum wage laws also create barriers for workers seeking unemployment benefits. “With the pandemic, the subminimum wage became an issue of life or death,” Jayaraman says. “Workers were unable to access unemployment insurance because in most states they were told their subminimum wage was too low to qualify for benefits, so they felt forced to return to work in very high-risk environments for a subminimum wage when tips are down 50-75 percent because sales are down.”

“The most shocking discoveries were both the high health risks faced by workers – almost half saying at least one person in the restaurant got COVID-19, and nearly 90 percent saying their employers don’t follow all safety protocols,” Jayaraman tells Food Tank.

Jayraman’s hopes that these findings spur governors, state legislators, and Congress to enact one fair wage — a full minimum wage that does not rely on tips — as a COVID-19 emergency measure. “No state should be considering relief for restaurant owners without simultaneously considering relief for workers in the form of One Fair Wage.” 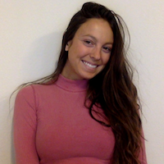 Carley DeMarco is a freelance writer and researcher fascinated by the intersectionality between food and the health of our communities and planet. She graduated from the University of South Carolina with a BA in public relations and a minor in environmental studies. During her time in college, she spent summers interning on sustainable farms in Colorado and California, where she learned the importance of community and regenerative farming practices. After graduating, Carley earned her holistic health coaching certificate and worked as an after-school nutrition teacher, instilling healthy habits in 1st-3rd graders and leading interactive cooking classes. She currently lives in Denver, Colorado.