Home » Op-Ed » The Last Straw or a New Beginning?

Three new farm acts in India are proving to be the last straw for about 90 million small-holders and their families. This has grave implications for about 800 million rural dwellers who are directly or indirectly dependent on farming for their livelihood. In addition, food security of the entire nation with 1.35 billion population is at risk. Indian government maintains that these farm laws will usher a new economic revolution in the ailing farm sector. Whereas farmers are opposing as they fear losing their land – only source of their livelihood – to corporate backed agri-enterprises.

Currently, in some parts of the country especially in the Indo-Gangetic plains, the government has a buyback agreement to purchase 22 crops that are main crops by giving a minimum support price (MSP) through its regulated markets. However, the government fails to implement MSP for 20 crops and only ensures purchase of rice and wheat. This is for ensuring food security of its large population especially families below poverty line by offering them subsidized food, mainly food grains, through the world’s largest Targeted Public Distribution System (TPDS).

There are advantages of this system as small holder farmers get an ensured price for their produce. Whereas poor consumers get subsidized food at cheaper rates. The main disadvantages are that the MSP is implemented in practice for only two crops and primarily in the Indo-Gangetic region. Since MSP is available for only two crops, it pushes all smallholders to grow rice and wheat year after year. This repetition of rice and wheat has also resulted negative impacts on the natural resources in the region. For example, soil health has deteriorated, groundwater table has drastically reduced, crop diversity is reduced to two crops, and so on.

Pro-government stance maintains that MSP has resulted in degradation of natural resources and hence should be removed, and the market should be open for any buyers. Farmers maintain that MSP should be extended to all crops so that they can choose from a variety of crops and then diversify their cropping. This way they should be able to protect natural resources and maintain diversification on their farms. This will ensure both food and ecological security. Moreover, MSP through regulated markets should be implemented in the entire country so that incomes of all small-scale farmers can be increased.

In contrast, the government has enacted these laws to gradually withdraw from providing MSP without consulting farmers. Small holders don’t have bargaining power to negotiate individual contracts with corporates who are backed by best lawyers and marketing minds. They fear their land—the only source of their livelihood will be lost—if these farm laws are implemented.

The United Nations led Sustainable Development Goals (SDGs) advocate better livelihoods and sustainability across environmental, social and economic aspects of farmers and is focused on availability and access of nutritional food to all. Role of small-holder agriculture in fulfilling this demand has been recognized worldwide by various initiatives such as United Nations Environment Programme (UNEP) led project the Economics of Ecosystems and Biodiversity for Agriculture and Food (TEEBAgriFood).

There is a need to strengthen the role of farmers in India in achieving SDGs and food and nutritional security. Majority of the urban population and Indian policymakers failed to recognize that smallholder agriculture employs 41 percent of the workforce in India. Very little is known about collective employment they generate – over 200 million people are employed on these small parcels of land. These farmers are the backbone of Indian economy and support about 800 million rural population. In 2018, collectively, they generated US$271 billion worth of agricultural produce on their farms, the majority of which are less than 2 hectares (Total arable land in India is 159 million hectares). Subsidies in the Indian farm sector are directed towards pesticide and fertilizers. And at US$28 per acre, they are small and help fewer farmers.

If these small farms do not survive then where will this workforce go? Cities are already choking with over population due to continuous migration from rural to urban centers.

The farmers’ protest has gained both attention and concern from the global scientific community, leadership, celebrities and general public. The protest and persistence by farmers have opened up an opportunity for a dialogue between farmers and the government and for a new beginning. This has potential to reform small-holder agriculture but in close consultation with the farmers. 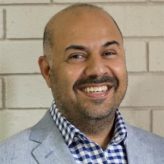 Dr Harpinder Sandhu is an Ecological Economist based at the University of South Australia and a global expert in agriculture and food systems sustainability. 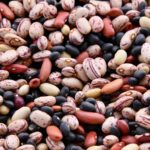 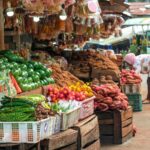 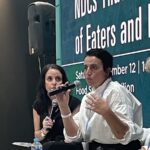 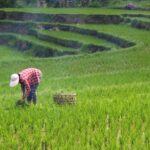 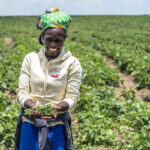