The International Panel of Experts on Sustainable Food Systems IPES-Food, in collaboration with etc. group, recently published a report articulating two possible futures for the global food system. The report, A Long Food Movement: Transforming Food Systems by 2045 first reveals that environmental decline will continue if agricultural businesses do not change their practices. The second path offers remedies to the current food system by mobilizing civil society groups.

IPES-Food is an independent organization of environmental scientists, development economists, nutritionists, and other experts from over 16 countries and 5 continents. To assess the future of the food system, they partnered with the, etc. group, an NGO working to combat the social, environmental, and civil decline.

The report warns that mass production methods, poor supply chain structures, and wasteful consumer habits are increasing greenhouse gas emissions, contributing to the misuse of natural resources and harming the ecosystems humans inhabit and rely on.

Pat Mooney, lead author of the report explains that this extortive relationship with the environment squeezes the planet of its natural resources and has allowed humanity to “cross at least four if not six of the world’s planetary boundaries,” he tells Food Tank.

The nine planetary boundaries, established in 2009, represent thresholds that must be maintained to avoid long-term climate decay. “These climate boundaries are not just mythical things or chalk on a board, they are very real and we haven’t done a good job of doing that,” Mooney tells Food Tank.

But IPES-Food report suggests that civil society organizations have the ability to amend the existing flaws in the food system. Mooney tells Food Tank, “The good news is we now have a civil society which is more coherently organized than it has been in the past, it is capable of getting its messages out more effectively and civil society is able to use modern communication technologies to reach out and create linkages between urban farmers and local producers.”

Despite the increase in communication, civil society participation, and concern for environmental issues, Mooney warns that these steps are not enough to sustain balance within the food system and the environment. He states, “There are lots of areas where there has been great progress, but I think civil society is too quick to congratulate itself over the progress it has made. The trajectories we are on will keep improving, but they won’t get us to a safe place yet.”

To help the food system enhance collaboration between producers, corporations, governments, and civil society, the report proposes four pathways to correct the food systems trajectory over the next 25 years. The recommendations target the restructuring of global supply chains, increased efficiencies within governmental structures, enhanced corporate involvement, and civil society engagement.

Furthering the importance of local producers will be key, according to the report. Mooney explains that supporting local producers as well as increased investment in territorial markets can help combat the detrimental impacts of globalization on the environment.

Facilitating this change demands a shift in how consumers relate to food in general. “If civil society builds upon experiences they have of community shared agriculture and grassroots work with producers and consumers, governments will begin to welcome that,” Mooney says.

Additionally, the creation of legislation that prevents environmental maltreatment and global malnutrition can be imperative to long-term climate improvement, according to the report. Furthermore, these changes must come at local, national, and international levels.

The report also urges people to adopt long-term thinking and preparedness as environmental changes demand rigid and unwavering attention. “I think it’s possible for us to actually plan and organize in a way that is effective and can make real changes. The world will not be the same,” Mooney tells Food Tank. “The last 25 years look relatively easy compared to the next 25 years.” 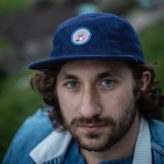 Sam is a Comparative Studies in Literature and Culture student at Occidental College. He currently lives in the PNW where he enjoys reading, hiking, and cooking with friends. He loves film and literature and in his free time, Sam takes walks in the woods and writes stories and poetry.

Food Tank Announces Additions to Board of Directors

Transparency, Technology, and the Sea: The Story of Envisible