Is there a single topic that gets foodies more fired up these days than the debate over fake meat?

The latest flashpoint is a report from the IPES about the “Politics of Protein.” Its stated aim is to encourage a less polarized conversation about the future of meat and the place of protein in the food system. But ultimately the report portrays the world of “alternative proteins”–including plant-based meat products like Impossible and Beyond, as well as the emerging science and industry of cell-cultured meat–as unnecessary at best and a barrier to food system progress at worst. The food media has lined up uncritically in support of this conclusion, with Forbes explaining “Why ‘Alt Protein’ Won’t Save the Planet,” the IPES report’s author declaring that “Fake Meat Won’t Solve the Climate Crisis” in Civil Eats, and Food Tank implying novel protein technology is a “false promise.”

If anything, the debate seems more polarized today than it did a decade ago. The concept of plant-based meat is relatively simple: sell a tasty equivalent to conventional meat that appeals as much to carnivores as it does to vegans without harming animals or the planet as much as conventional animal agriculture. The idea once appealed to luminaries of food writing like Mark Bittman, who wrote back in 2012 that alternative proteins were preferable to factory-farmed meat, especially in mass-consumer spaces like fast food. On more high-tech and speculative cell-cultured products, Bittman was more ambivalent, opting for a wait-and-see approach about the technology’s viability.

Flash forward to today and alternative protein seems to be advancing as planned. Plant-based products are experiencing rapid market growth. A host of studies have demonstrated their relative environmental benefits, particularly compared to conventional meat production. The science of cell-cultured meat has continued to advance as well, bolstered by an influx of recent investment, even as big questions remain about its long-term viability as a consumer product.

That success, however, has now drawn the ire of thought leaders and scholars, including Bittman himself, who seems to have completely changed his mind about alternative protein and its promise. The critique put forth by countless food writers tends to coalesce around a key set of claims pertaining to the environmental and health impacts of these technologies, as well as their place within the political economy of food and agriculture. As critics never tire of pointing out, alternative proteins are not a silver bullet solution to the many problems of the global food system.

We write this as two researchers who support the alternative protein enterprise, for myriad environmental, ethical, and public health reasons. But we also have long argued that the technology is not and cannot be a silver bullet. In our experience, that’s the stance of the vast majority of alternative protein advocates as well.

Critics can certainly find a few examples of hyperbolic, silver bullet solutionism in alternative protein circles. Reports that predict the imminent substitution of animal protein with plant-based and cell-cultured alternatives are often directed at investors and likely intended to stir up public interest. But these are outliers. Most serious analysis of the potential shift to alternative proteins is modest and incremental, even among some of the industry’s biggest boosters.

The more salient point made by critics of alternative proteins is that the technology’s current trajectory does little to challenge the broader political, economic, and social dynamics of the food system. Technological innovations don’t address corporate concentration, the plight of small farmers or food system workers, or inequitable access to nutritious food.

This is undoubtedly true, but it’s not at all clear how the development of alternative protein impedes these goals either. Some alternative protein critics warn that, given how major incumbent food corporations are investing in the sector, it’s likely to make these trends even worse. Again, we see no clear evidence behind this claim. Many supporters of alternative protein have been outspoken advocates for food system policy reform too. Collaboration with the incumbent industry certainly brings risks of co-optation, but complete detachment brings risks of irrelevance.

Critics also insist that the investment dollars flowing into alternative protein–about US$5 billion in 2021 alone and over US$11 billion since 2010–should be redirected to promote more holistic food system solutions. However, it is unclear how these funds, which have come primarily from private sector actors external to the food industry, could or would be invested in other approaches to food system change. More likely, it’s capital that would be allocated to entirely different industries.

The IPES report goes even further, however, by raising doubts about the value of public funding for alternative protein research. Guided by the precautionary principle, it suggests that channeling public funds into alternative proteins “risks giving protein firms greater power to set the terms of the debate.” Not only does opposition to public STEM research border on technophobia, but it also misses the fact that public investment might offer the best pathway to nudge alternative protein production away from corporate capture and toward serving the public good. And, at this stage, public funding for alternative protein is minuscule, much below the level of funding that already goes toward the type of community-based and agroecological alternatives that IPES champions (although both are peanuts compared to public investment in conventional approaches).

If anything, by casting investment in new technology and progressive agricultural policy as contradictory, this framing misses the fact that the two can co-exist. Consider the Netherlands, which recently invested 60 million euros in establishing a cellular agriculture research and commercialization hub shortly after investing 25 billion euros in a farmer transition program that will reduce the country’s livestock population due to environmental concerns.

The biggest problem, however, is that the solutions proffered by some of the strongest alternative protein critics lean toward their own form of silver bullet thinking. The answer to our food system problems, they insist, is agroecology and various forms of regenerative meat production. To its credit, the IPES cautions against this oversimplification, although this caveat is buried deep in their report. But while these other approaches may indeed have their merits, there are big questions about their viability at scale as well, including labor costs, the climate implications of land use change, and the dramatic transformation in consumer habits, food costs, and social relations that would be required as part of an agroecological or de-industrial shift. These critiques also continue to give short shrift to considerations of animal welfare, which often either goes unmentioned or is simply assumed to be solved by small-scale and diversified farming (it’s not), and which arguably remains the single biggest win for alternative protein.

Fundamentally, everyone in the “fake meat” debates agrees that the challenges of the food system are substantial. But if we really want to depolarize the conversation, it’s time we get real about what alternative proteins might bring to the table, the limitations of low-tech alternatives, and politics and policies on which we might agree, even as we agree to disagree about where our burgers come from. After all, there’s no magic recipe for health and sustainability.

This is a guest opinion editorial submitted by Jan Dutkiewicz and Garrett Broad. 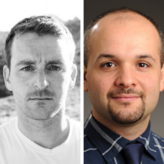 Jan Dutkiewicz is a Postdoctoral Fellow with the Swiss National Science Foundation and a Policy Fellow at the Brooks McCormick Jr. Animal Law and Policy Program at Harvard Law School. He has written about the politics of food for WIRED, The Guardian, Vox, The New Republic, The Wall Street Journal, and The Washington Post. Garrett Broad is an Associate Professor in the Department of Communication and Media Studies at Fordham University. He is the author of the book More Than Just Food: Food Justice and Community Change, as well as a variety of academic and public-facing articles on food's relationship to environmental sustainability, economic equity, and the health of humans and nonhuman animals.