According to a recent report by Greenpeace, global animal production and consumption must decrease by 50 percent by 2050 to ensure planet and human health.

The report, Less is More: Reducing Meat and Dairy for a Healthier Life and Planet, discusses three key areas meat and dairy production and consumption has an impact on: climate change, the environment, and human health. It proposes ecological farming, a method of farming which produces enough food to attain food security needs while protecting the environment, as a model for livestock and agricultural production.

The report discusses the importance of reducing greenhouse gas emissions from livestock production to restrict global temperature increase to 1.5°C, in line with targets established in the 2016 Paris Agreement. Emissions from livestock constitute 14 percent of all global emissions, compared to a total of 24 percent for all agricultural production. With agriculture projected to account for 52 percent of global emissions by 2050, Greenpeace says that a 50 percent reduction in meat and dairy production will reduce total agricultural emissions by 64 percent. To achieve the proposed 50 percent reduction, Greenpeace estimates that by 2050 annual consumption of meat should decrease to 16 kilograms per capita and annual consumption of dairy should decrease to 33 kilograms per capita.

In addition to greenhouse gas emissions, meat and dairy consumption impacts the environment in numerous ways. Greenpeace outlines issues related to land system change, loss of biodiversity, pollution from nitrogen and phosphorous, freshwater use, and the introduction of new or altered substances. Animal production accounts for 29 percent of the total agricultural water footprint, the vast majority of which results from animal feed. The report finds that substituting one meat for another will not necessarily be beneficial for the environment, given different production inputs and externalities.

The report also discusses the human health risks associated with the consumption of red meat and processed meats. It explores the implications of studies on cancer, particularly colorectal cancer, metabolic syndromes such as obesity and diabetes, and cardiovascular disease. In addition, the use of antibiotics in livestock production contributes to antibiotic resistance in humans and promotes the spread of zoonotic diseases. Greenpeace advocates a shift to diets focused on vegetables, fruits, legumes, whole grains, and nuts to minimize personal and population health risk.

Based on the challenges that meat and dairy production and consumption pose on environmental and human health, Greenpeace calls on governments, businesses, and individuals to lead and support changes in policy and behavior. Éric Darier, Senior Agriculture and Food Strategist for Greenpeace, says: “The scientific evidence about the impacts on climate change, on massive loss of biodiversity and on threats to human health caused by livestock and meat consumption is overwhelming. We must act now!”

This report complements the Less is More movement by Greenpeace, which advocates for a reduction in meat and dairy consumption. 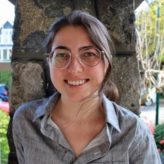 The European Union aims to halve food waste by 2030

On #WorldRefugeeDay, These 19 Global Organizations Are Redefining Food Aid