Home » Op-Ed » Opinion | From Child Labor to the Future of Food: The Voices of Young People Change Agriculture for the Better

According to the most recent estimates by the United Nations, there are 7.3 billion people in the world, a number that’s expected to reach 9.7 billion by 2050. Of this, the number of young people—aged 15–24 years—will be roughly 1.5 billion, with a majority living on the continents of Africa and Asia.

This population growth will drive the demand for food in ways that have never been seen. Experts predict that demand is expected to increase anywhere between 60 percent to 100 percent by 2050.

The critical question to ask is who will produce this food?

Farmer populations are rapidly declining due to age and health factors. Furthermore, the younger generation has little interest in farming for a number of reasons—perceived low returns, high risks, and difficult or sometimes hazardous work.

At the same time, there are an estimated 108 million children forced into working in agriculture every day. These children lose out on education while risking injury or even death.

The reasons are complex—some are social, but mostly economic. When crop prices fall, the pressure extends to farming families who seek to save costs on labor. And families living in abject poverty may have little choice but to send their children out to work. In other cases, young people seeking independence and a way out of hunger could be forced into work on farms.

On World Day Against Child Labor, we’d do well to listen carefully to the voices of young people who hold the future of the world’s food in their hands. Their insights about farming can inform solutions to the interconnected issues of sustainable livelihoods for small-scale farmers and unacceptable labor, including child labor.

Several years ago, Fairtrade staff interviewed young people in and around certified cooperatives and associations in 15 countries across the globe to learn more about the prospects they saw in farming.

For the grand majority of them, agriculture was not regarded as an attractive livelihood. They cited the reasons mentioned above, but also more pragmatic concerns that impact well-being, such as calloused hands or being less attractive to potential partners. They also expressed interest in more modern skills and technology: “If farming used computers, I would farm.”

Less than 3 percent of the 1,500 young people we interviewed said they would like to become farmers. Even fewer said they would become farm workers. Our follow-up question was then who, in their opinions, would farm in the future?

“My grandfather got our family into cotton farming. That problem is for him to solve with my father and my brothers.”

“When I get to be that age I will not have to worry about this, there will be no more sugarcane growing here so the problem will be solved.”

Young people overwhelmingly indicated that their first association with farming was negative. As one 16-year-old said: “Yesterday, in my school they had this campaign called feed the world—why should I feed the world? My parents have been feeding the world as their parents before; but me, I still go to bed hungry. What I need is money, with money I feed myself and even my friends.”

In considering the future of food, it is imperative that we identify and end unacceptable labor practices that harm children and ultimately trap them in poverty.

Part of this requires rethinking trade practices that prevent farmers from earning a living income and having control over their futures, which can reduce the need to rely on child labor. Fairtrade was created to address these imbalances by setting minimum prices and premium payments on top of sales, and empowering small-scale farmers in trade relationships.

Taking this a step further, we wondered what if children could lead on the identification and remediation of unacceptable labor practices? After all, who knows more about forced labor and gender-based violence than young people—acknowledging that such abuses are strongly linked to age and vulnerability?

Fairtrade International developed an approach on child and forced labor, including gender-based violence, called Youth Inclusive Community-Based Monitoring and Remediation System. This system places young people in agricultural communities at the heart of any response.

Beginning in 2014, we established 20 pilots around the world encouraging producer organizations to employ, and train young people between the ages of 18 and 24 years on child rights and child protection. They work alongside certification officers and through labor and well-being committees.

These systems are attractive to young people as they have an opportunity to use technology, conduct active research, and earn wages comparable to office workers. They develop campaigns to build community awareness, enable collaboration with impacted people, and partner with the farmers to create prevention projects. This approach is bearing fruit, providing new opportunities to youth in Belize.

By putting young people on a strong footing alongside farmers and field staff, they can become human rights accelerators, driving positive change from the start of the supply chain forward.

Pilots like these are just a start. While some have been incredibly successful and others less so, what is beyond doubt is that the young people employed by farmer organizations have been passionate, committed, and driven to change the face of agriculture.

Enabling safe and healthy workplaces, particularly in agriculture, can only be achieved if we actively listen to and respect the perspectives of young people already involved in growing and processing our food. 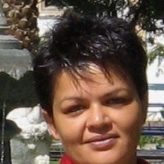 Anita Sheth is the Senior Advisor, Social Compliance, and Development at Fairtrade International. She serves as the organization’s expert on child and forced labor issues, including protection of children and vulnerable adults.  She specializes in labor and human security issues in the agricultural and extractive sectors across West and East Africa, and South and Central America. Sheth also has served as an expert advisor to the U.S. Department of Labor’s Cocoa and Child Labor Oversight Body and has conducted several U.S. Customs, Immigration, and Law Enforcement workshops.

Is There an Algorithm to End World Hunger?