Pumping public dollars into the destructive industrial meat sector is neither climate-resilient nor climate-smart.

The UN Secretary-General warns that the climate crisis is a “code red” warning for humanity. Yet multinational development banks (MDBs) that have pledged to align their lending with the Paris Agreement continue to pump tons of public money into industrial animal agriculture—ignoring warnings from the International Panel on Climate Change (IPCC) and the U.N. Convention to Combat Desertification that we must dramatically transform and scale back greenhouse gas (GHG) emissions from these high emitting operations in order to build resiliency and reach Paris climate goals.

The International Finance Corporation (IFC), the private sector arm of the World Bank, directly funds industrial pig and broiler chicken operations in Vietnam, Ecuador, and Uganda. Other financing is indirect, such as the IFC’s proposed loan of up to US$200 million to Louis Dreyfus Company (LDC) to support massive soy and corn monoculture, crops used as feed for industrial livestock. More than three-fourths (77 percent) of global soy production is used to feed farm animals, mainly in the pig and poultry sectors. More than 150 groups across the globe have sent a letter urging IFC’s executive directors to oppose the loan for Louis Dreyfus operations in Brazil’s Cerrado, a threatened biodiversity hot spot, home to 5 percent of the world’s biodiversity and 216 Indigenous territories.

Public banks should invest in food security for humans, not feed for industrial livestock

Public financing of livestock feed crops in mass monocultures is highly problematic, particularly in a global food crisis. It boosts demand for grain and soy which raises prices, making these foods unaffordable for people living in poverty. It also displaces local, diversified food production for people. Minimizing the use of feed for animals could help address the growing scarcity and soaring prices of wheat and corn, essential staple foods. If these cereals were instead used for human consumption, this would feed an extra 3.5 billion people each year, taking a big bite out of world hunger.

The use of human-edible crops as animal feed undermines U.N. Sustainable Development Goals (SDGs) 1 and 2, which aim for zero hunger and poverty. MDBs should not be funding activities that undermine local small-scale food production and risk increasing food poverty.

Well over half of all emissions from the pig and poultry sectors comes from feed production, including from pesticide and fertilizer manufacturing, fertilizer application, and land clearing to grow feed. Soy and corn monoculture expansion in the Brazilian Cerrado, the focus of the IFC proposed loan for Louis Dreyfus, has generated a massive release of carbon dioxide from the clearing of vegetation in this biodiversity hot spot. Moreover, monoculture production, which relies heavily on agro-chemicals, causes soil degradation and biodiversity loss and depletes and degrades water resources. A recent study in Nature identified monoculture production in the Cerrado region as a major threat to climate stability, including water scarcity and higher temperatures which can be “limiting factors for soybean development” and “could put at risk both food production and biome stability.”

Along with the Paris Agreement, public development banks have pledged to align with the U.N. SDGs. But industrial livestock and feed production places several SDGs (3, 6, 8, 10, 12, 14, and 15) out of reach with its deleterious impacts on human health, the environment, and small-scale farmers in the Global South. The IFC’s Louis Dreyfus loan will support agribusiness purchases from “highly mechanized, industrial farms…as large as 6,000 ha (15,000 acres).” As documented in this recent report, land grabs and speculation in the Cerrado region are accelerating land concentration, undermining local food security, and forcing small farmers, Indigenous, and traditional communities to migrate to other areas to seek work.

As the International Fund for Agricultural Development (IFAD) points out “the expansion of large-scale industrial agriculture—comes with an unacceptably high environmental cost, threatening the food security of future generations…with studies showing adverse impacts on local incomes and inequality.”  The U.N. Agency highlights how small-scale farms, which are often more “productive” and “environmentally sustainable” are “especially critical for the food security and nutrition of vulnerable groups” because they serve “predominantly domestic and local markets.” Former Director-General of the U.N. Food and Agriculture Organization (FAO), José Graziano da Silva has echoed these points, saying that small-scale livestock farmers must be given more resources, not “pushed aside by expanding large capital-intensive operations.”

The harmful animal welfare and public health impacts and related economic costs of the industrial animal agriculture model should also not be ignored. Cramming genetically similar animals in overcrowded, dirty, inhumane, and stressful conditions makes the animals prone to inhibited immune response—and is a dangerously perfect breeding ground for pathogen spread and the emergence of zoonotic diseases, like the Swine Flu (H1N1). Industrial production systems use 73 percent of global antibiotics in order to prevent diseases in these unsanitary conditions, thus spreading antibiotic resistance, another significant health threat that is responsible for 700,000 deaths a year worldwide.

Investing in industrial livestock systems undermines both the Paris Agreement and the U.N. SDGs. It is time for public development banks to redirect their dollars toward regional, lower-carbon, higher welfare, agroecological food systems. These locally adaptable, diversified systems can boost productivity and resilience, while protecting biodiversity, public health, farmer livelihoods, and food security, especially in the face of major supply chain disruptions that are increasingly part of our new normal. 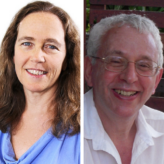 Kari Hamerschlag is the Deputy Director of Friends of the Earth’s Food and Agriculture Program and oversees the Climate-Friendly Food Program that aims to shift public institutional purchasing towards healthy, climate-friendly plant-based and organic foods. Peter Stevenson is Chief Policy Advisor of Compassion in World Farming and is a qualified lawyer. He played a leading role in winning the EU bans on gestation crates, battery cages and veal crates.