One of the most fascinating sustainability questions for food retailers is whether their corporate environmental policies can drive agroecology practices on the farm. While decades of rising consumer demand for organic food has reduced the agricultural use of prohibited substances, like pesticides and synthetic fertilizers, United States food retailers have struggled to develop policies that proactively promote a broader range of sustainable farming activities, including ecosystem protection, renewable energy, water conservation, and worker rights.

One of the most high-profile and far-reaching efforts to influence farming practices was the Responsibly Grown sourcing program launched by Whole Foods Market in 2014. The program introduced a wide range of ambitious standards designed to elevate the performance of conventional as well as organic farmers. As described on Whole Foods’ “What We Do Consider” webpage, the “Responsibly Grown sourcing program takes into account a number of factors that impact human health and the environment,” including soil health, energy and water conservation, waste reduction, biodiversity, pest management, and farmworker welfare. The Responsibly Grown program used store signage that identified products as “Good,” “Better,” or “Best,” based on the level of ecological and social commitment demonstrated by the producer.

After a national roll-out in 2016, a number of adjustments were made to the program to appease organic growers. Nonetheless, the “Good, Better, Best” signs quietly disappeared from Whole Food shopping aisles in 2017.

The chance to analyze the impact of a high-profile food retail policy may have vanished in the U.S., but a team of Stanford University researchers found another opportunity in South Africa. In their January 2018 report published in Global Environmental Change, “Improving environmental practices in agricultural supply chains: The role of company-led standards,” researchers studied Woolworths, one of the five largest supermarket chains in South Africa.

Woolworths offered full access to data collected by their Farming for the Future program. This information was compared with data from GLOBALG.A.P, the world’s most widely implemented farm certification program. The analysis found that Woolworths’ large-scale fruit, vegetable, and flower growers adopted more environmental management practices, such as the use of cover crops, when compared both over time and with a random sample of farms certified by GLOBALG.A.P.

The program’s success was based on the farmers’ willingness to adopt the Farming for the Future program. Instead of imposing prescriptive rules, the program built a partnership that featured input from agricultural experts and feedback from farmers. The farmers reported that they benefited from the valuable advice provided by farm auditors, who included trained agronomists, soil scientists, and environmental scientists. This technical assistance ranged from insights on soil management, water use, biodiversity, waste disposal, and pest management to carbon footprint assessment and environmental laws. One powerful lesson from the study was the value of creating long-term partnerships between buyers and farmers. This investment nurtured an ethic of continual improvement that fortified supply chain stability and sustainability.

In a Stanford News article, the researchers explained that they hope the report encourages U.S. retailers to welcome similar studies which evaluate the effectiveness of corporate policies on farmers. The study’s co-author Eric Lambin says, “The more of these studies we are able to do, the better the scientific community will become at identifying the reasons for success.”

Whole Foods should examine why the Responsibly Grown program failed to enroll their supply chain of organic farmers, and revisit their commitment to promoting the broader aspirations of agroecology. The Stanford study shows that supermarket policies can impact production practices and help build a more sustainable food system. With a bit of ingenuity, Whole Foods can adopt a more inclusive approach, one that makes friends, not foes, out of conventional and especially organic farmers. 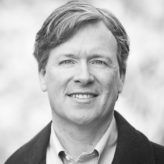 Rob Guillemin is a native of Boston and a sustainable food industry specialist who works with stakeholders to develop educational and training materials that improve operational efficiency and institute sustainable business practices. As an adjunct faculty member at Tufts University, he teaches courses on the industrial “middle of the food system” at the Friedman School of Nutrition and the Urban and Environmental Policy and Planning Department.

Soil Microbes “Key to the function of agricultural systems”