Players, policies, and programs in all parts of the food system are working to advance sustainability and food security for all. Botanical gardens have not traditionally been considered key players in the agri-food network, but their role as educators, plant conservation experts, and research allies is making them increasingly important for amplifying replicable and scalable agri-food practices.

While both of us have been involved in food security and sovereignty for many years, until 2017, we had never had the chance to meet, let alone collaborate, despite being at the same university. This may be an indication of the way in which the discourse and associated research around food security and sovereignty are divided between those who emphasize political-economic and social justice issues and those who focus on environmental sustainability and biodiversity. 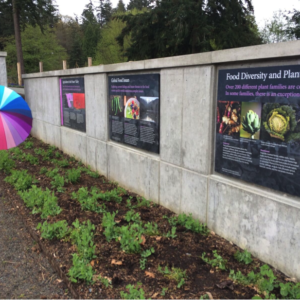 We were brought together through a project funded by the European Commission’s Horizon 2020 initiative, which brings together botanical gardens, mostly from Europe, to promote “responsible research and innovation” in the domain of food security. Going by the moniker Big Picnic, the project’s goal is to create value from knowledge and engage the public through exhibitions, constructive dialogue, and other interactive learning activities. These include science cafés and facilitating participation in international events such as the Botanic Gardens Conservation International’s 6th Global Botanic Gardens Congress, held in Geneva last summer. Given the explicit importance of food security in the U.N. Sustainable Development Goals (SDGs) adopted in 2015, the project’s work is an important program to engage the public in global challenges of food security and biodiversity.

Mainstreaming agro-ecology and biodiversity across agriculture, fisheries, and forestry is gaining momentum and international support. For example, the U.N. Food and Agriculture Organization (FAO) recently announced a multi-stakeholder dialogue at FAO headquarters in Rome from May 29 to 31, 2018. The dialogue will bring together stakeholders from across sectors with the goal of integrating actions for conservation, sustainable use, and management and restoration of biological diversity across agricultural sectors. 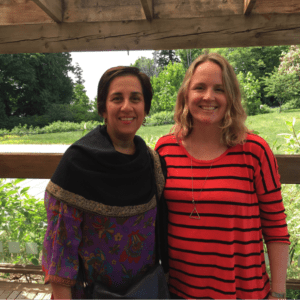 Last summer, one of us (Gisèle) was invited to become a member of the International Consolidation Group (an advisory committee) for Big Picnic, which prompted her to reach out to the other (Tara), who is Associate Director of the University of British Columbia’s Botanical Garden. The interaction between the two of us has been a revelation of how those of us in the food movement need to work more intentionally and effectively to connect the dots between communities of activists, researchers, and educators who might be seen as fellow travelers, aiming toward the goal of healthy food for all within a framework of long-term environmental, economic, cultural, and social sustainability.

The University of British Columbia’s Botanical Garden features Vancouver’s oldest food demonstration garden. It has an extensive research and education program on agri-food issues, including involvement in an exciting new international initiative on crop wild relatives focused on the genetic conservation of the wild relatives of domesticated plants. The garden was selected as a U.N. 2017 Feed Your City food garden recipient, and it collaborates with the American Public Gardens Association to lead the Food and Agriculture Community—a forum where garden professionals can explore and collaborate on the myriad aspects of food systems change.

Many players have approached questions of food, agriculture, and nutrition through the lens of political economy and, to a certain extent, broader issues of well-being and sustainability. Themes of entitlement, access, and ecological footprints tend to dominate food-related discourse and are, of course, central but not the only issues. The Big Picnic project helps shed light on questions of plant biodiversity as a cornerstone of food security and the role that botanical gardens can and do play in terms of promoting the diversity of both wild and domesticated plants, particularly given the importance of a plant-based diet for present and future food security.

Take the Balkan Botanic Garden of Kroussia (BBGK) in Greece. Founder and curator Dr. Eleni Maloupa, an agronomist and plant scientist, noticed a number of years ago that there were a dwindling variety of medicinal, aromatic, and traditional food plants in the nurseries of Thessaloniki. Her goal in creating the BBGK was to protect and conserve these species and varieties at risk in the region and reintroduce them back into use in a sustainable manner.

Botanical gardens, institutions with both a research and educational mandate, have a key role to play in conserving genetic resources in the public interest in a world where private control and ownership of genetic resources and associated intellectual property is a growing issue. Many in grassroots agri-food movements would take comfort in the idea of publicly funded botanical gardens taking a leadership role in the stewardship of plant genetic resources as opposed to privately controlled interests. And while botanical gardens were (at their origins in the 19th century) conceived as élite, bourgeois institutions, they now strive to be more connected to grassroots movements through inclusive public engagement and education programs.

Reaching out to and collaborating with botanical gardens provides the global food movement opportunities to broaden the network of stakeholders in the exciting and growing world of progressive agri-food policy. With more than 500 botanical gardens in 96 countries, these institutions are uniquely positioned to support the food security movement through their global, national, regional, and local plant conservation efforts.

And botanical gardens are actively involved in encouraging and supporting new entrants into horticulture, agriculture, and biodiversity through their programs, events, and collections. While feeding the world of today and the future clearly depends on redistribution of resources and reduced food waste—among other measures—it is also predicated on plant biodiversity and related issues, such as pollination. Botanical gardens have a key role to play as sites for advancing food-related conservation, education, and research. 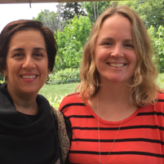 Dr. Tara Moreau is Associate Director of Sustainability and Community Programs at the University of British Columbia’s Botanical Garden and Dr. Gisèle Yasmeen, is a Senior Fellow at the University of British Columbia and Adjunct Professor at Royal Roads University. Both are based in beautiful Vancouver, Canada and have served as consultants for the U.N. Food and Agriculture Organization.