Home » Family Farming » To Cultivate a New Generation of Farmers, “We Need to Open Up to Young Folks”

“Nobody is making new land: it is a finite resource,” warns Iowa farmer Ron Mardesen. “If we don’t do everything we can to protect the land and preserve the land, what will future generations do to grow their food?”

Ron started farming on A Frame Acres in Elliott, Iowa in the 1980s after he “grew up in a farming community and had the opportunity to see the potentials a farm life could offer.” Having raised his children on A Frame Acres, Ron is convinced his children “would not be the people they are today if they had not grown up on the farm.” In addition to his son Michael, who recently returned to the farm, his wife Denise and mother Ilene help raise livestock. “To say any farm is a one-man show is a huge misconception. If you can flap your arms or handle a scoop shovel, you are fair game for a job around here. Everyone on the farm is involved in the operation,” says Ron.

“Farming can’t just be a hobby. There needs to be enough income generated to support the folks working that land without damaging the land,” explains Ron. The Mardesens raise hogs, cows, and chickens, and grow corn, soybeans, and hay. To protect their land, they use sustainable farming methods such as crop rotation, minimum tillage, and grassy waterways.

The Mardesens began selling hogs to Niman Ranch in 2002. “Niman Ranch was a perfect fit for my livestock care and philosophy,” says Ron. He also notes Niman Ranch allows him to be his own boss and have price stability protections.

While maintaining his farming practices, Ron watched farms and rural communities evolve. “Farms that once had cattle, hogs, chickens, and children now are almost entirely gone. Only the occasional cluster of grain bins where farms used to sit remind folks of what once was,” says Ron. “Sadder than the decline in the number of farming operations is the impact on our rural communities. Towns with once bustling main streets now struggle to keep a cafe, a post office, and a couple of churches open.  As the farmers and their families left the land, the need for the local grocery store, the local hardware store, the local feed store, and the local school went with them.”

Seeing these changes, Ron says, “I think there are opportunities opening up for aspiring farmers” and encourages them to think outside the box. “Take your own talents and incorporate them into your farming plan,” he advises, adding, “just because it hasn’t been done before doesn’t mean it can’t work now.”

The next generations of farmers, Ron notes, will carry A Frame Acres into the future: “I understand it may not function as it does right now, but you know what? That’s OK,” says Ron. “Honestly, I can’t wait to see where we go from here.” 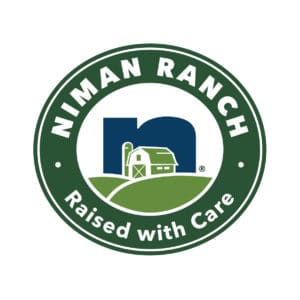 Farmer Friday is a bi-weekly series featuring livestock farmers selected by Niman Ranch, a network of more than 700 family farmers raising livestock in a traditional, humane, and sustainable way. With more than 40 years as an industry leader, Niman Ranch works with small, independent family farmers and ranchers across the United States to encourage better food system practices. All Niman Ranch pork, beef, lamb, and prepared products are certified under the Certified Humane® program and available nationwide at both food service and retail locations.

Big Food Can Do Better: An Excerpt from Nourished Planet, Publishing in June 2018 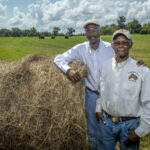 Upcycling for Hydroponics in Singapore
Get Involved